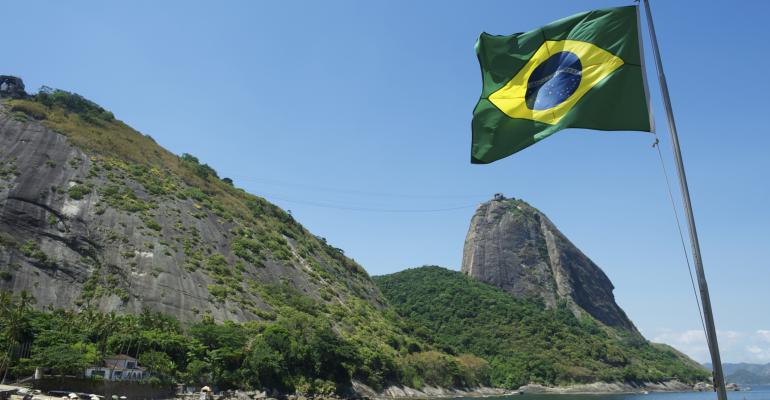 It appears as if we have discovered a “socioeconomic oxymoron.” Before the whistle welcomed Brazil and Croatia to the opening match of the FIFA 2014 World Cup, not only were the Croatians critical of their opponent, but so was much of the world. Brazil, positioned with a top team, was surely considered talented enough to take home (or “keep home”) the victory, but most certainly not qualified to prepare and host an event of such global magnitude. Widespread domestic protests, failed economic aspirations, and doomsday predictions were commonly stated opinions leading into the Tournament.

The verdict: A rather sobering exit from the games aside, Brazil did very well in preparation and execution of the event. Few of the expected logistical nightmares were evident or even played out at all, and preparations for the 2016 Summer Olympics, also to be hosted in the South American nation, are fully underway. While soccer has served as a successful trial run for bigger events to come, Brazil’s economy and financial markets have also been tested in recent history.

Brazil’s GDP per Capita has been in an upward trend, from $4,286 in 2000 to $5,823 today. Even though the financial crisis of 2008/2009 “dented” positive developments, the country was able to maintain an acceptable financial framework for an emerging economy; the 10-year yield of Brazil’s sovereign bond, as a barometer for external funding cost, still remains below pre-crisis levels of 16% (2006/2007) at ca. 12%, and inflation continues to stabilize in the 6-7% range after a previously devastating 16% reading, mainly as a result of the 2002 currency crisis.

Brazil, once an emerging-market darling, has fallen to harsh critique lately. During the commodity meltdown in recent years, the country was challenged more severely than other heavily commodity-dependent economies. Since its peak in November 2010, the Brazilian Bovespa has lost 21% in local terms, and more than 37% when measured in USD terms (due to a weakening Brazilian Real). More recently, however, Brazil has turned out to have one of the best performing emerging stock markets.

Newfound interest in the South American nation may not be solely related to sports-infrastructure investments, even though they prove to be relevant. Rather, Brazil remains one the world’s resource powerhouses and is one of the few, if not the only, self-sustaining country on the planet. While not relevant for every investor, Chinese interests in Brazil are clearly based on this understanding; since 2002, the Sino-Brazilian trade has increased from $3.2 Billion to $83 Billion last year, with both countries’ celebrating a fundamentally deepening 40-year relationship.

Aside from feeding a more high-protein-focused Chinese society, Brazil has been the recipient of multi-billion-dollar capital flows by Chinese investors, with transactions that are not only focused on agricultural needs; clearly strategic in nature, these investments range from aircraft parts to shipping ports to energy, mining, and steel. Brazil, in this respect, has not even reached its potential and, with a stock market currently priced at about 12 times earnings (12-month forward-looking) with a +4% dividend yield, shines in comparison to other emerging economies.

With a re-emphasized positive external image, Brazil has an opportunity to implement significant structural changes and address economic inefficiencies such as un-/underemployment, corruption, and crime. The world’s dependency on commodities will prevail. Investors may have an opportunity to participate in long-term structural developments, potentially indirectly related to China’s growth story, but, more importantly, directly linked to Brazil’s economy as a “stand-alone” opportunity. Brazil’s motto, Ordem e Progresso, or “Order and Progress,” may soon ring truer than ever before.

Matthias Paul Kuhlmey is a Partner and Head of Global Investment Solutions (GIS) at HighTower Advisors. He serves as wealth manager to High Net Worth and Ultra-High Net Worth Individuals, Family Offices, and Institutions. Follow him on Twitter @MoneyClipBlog