/sites/all/themes/penton_subtheme_wealthmanagement/images/logos/footer.png
Recent
Recent
Time for Growth: How and when you can reinvest in your business to take your firm to the next level
Oct 15, 2021
Everything You Always Wanted to Know About Social Media* (But Were Afraid to Ask)
Oct 15, 2021
Act Analytics Team To Join Sustainalytics
Oct 15, 2021
Eight Must Reads for the CRE Industry Today (Oct. 15, 2021)
Oct 14, 2021
Featured
The 10 Best and 10 Worst States in Which to Retire in 2021
Jul 15, 2021
Poll: 15 Classic Books on Investing and the Markets
Apr 03, 2020
25 U.S. Markets Adding the Most Multifamily Units This Year
Feb 03, 2021
Fifteen Must-Listen Business Podcasts for Advisors
Aug 14, 2020
Viewpoints
brought to you by 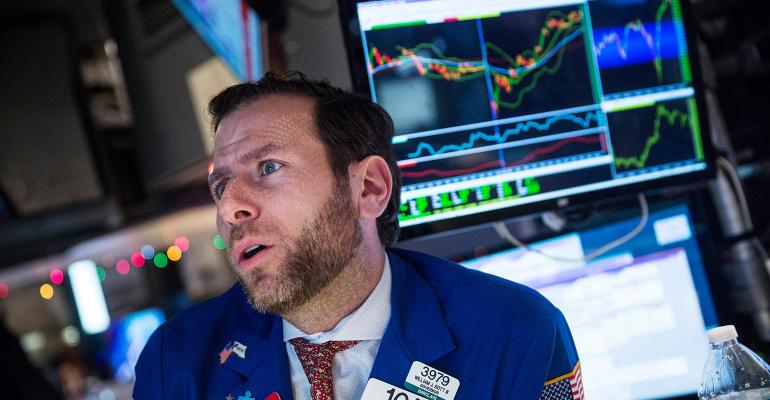 The Ugly Truth About Buy and Hold

Over the past 35-40 years, the industry and media have told investors to invest passively, or to buy and hold. We believe this approach is flawed and hurting rather than helping people invest successfully.

Buy and hold theorists suggest that investors can’t successfully time the markets, and by trying to avoid the down days, investors will miss the few powerful up days that provide most of the return. They believe the positive returns generated during bull market uptrends will always be sufficient to allow investors to not only recover lost capital but to generate returns high enough to help them achieve their financial goals. But the devil is in the details, and as it turns out, investors who follow the “buy and hold” mantra also expose their capital to the markets biggest losing days, which have an even greater effect on return.

The prevailing conventional wisdom suggests you would diminish performance dramatically by attempting to avoid losses, but our analysis in Chart 1 shows that if you can avoid the worst market declines you can also miss the best gains and still enhance return.

Chart 1 shows that over the past 66 years $100,000 invested in the Dow Jones Industrial Average (DJIA) Index on a buy and hold basis would have grown to $8.7 million. However, by missing both the 10 best and worst quarters, the return would have improved to $12 million. Of course missing the 10 worst quarters while capturing the returns from the 10 best quarters would have produced the best result. But preventing large losses is dramatically more important than chasing returns.

Click to Enlarge | Source: Bloomberg, 2016. Indices are unmanaged and may not be invested in directly.

When we invest, we all fight the “human factor,” our survival instincts and emotions. These instincts were honed hunting for food to survive. Today we don’t hunt for survival; instead, we work and invest our savings to provide the things we need when we can no longer work.

Money in today’s society is important to our basic survival, so when account values fall due to declining markets, our survival instincts kick-in triggering a fear response. Individuals’ risk tolerances vary, but fear will eventually trigger the need to “fight or flee.” It’s impossible to “fight the market” so the only remaining course of action is to flee, which often translates into selling low after money has already been lost. Not only do investors sell at or near market bottoms, but they also sit on the sidelines, missing the powerful relief rallies that would have helped them recover lost capital. Human greed causes investors to stay optimistic too long, believing that bull market trends won’t end, just as fear makes people stay overly pessimistic after losing capital, causing them to miss buying stocks when they are cheap.

Investor behavior is illustrated in Chart 2, and the Investment Company Institute (ICI) mutual fund flow data over the past nine years indicates that investors do not stay invested. They also fail to get back to fully invested quickly enough to catch the powerful market relief rallies that tend to occur within six months of the markets’ bottom. As the markets bottomed in March 9, 2009, the vast majority of investors had already moved to cash and were reluctant to believe that the risk of losing more capital had abated, so they continued selling. 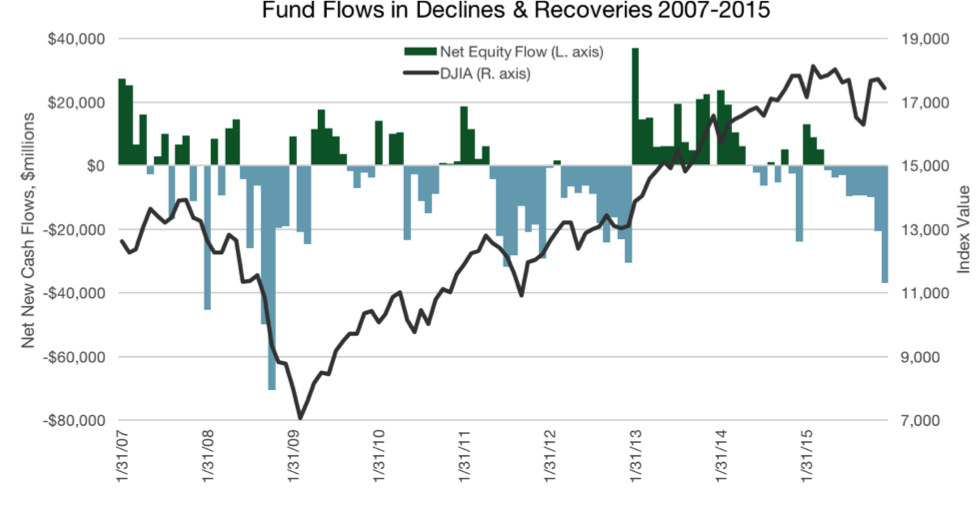 Click to Enlarge | Source: Bloomberg and Investment Company Institute, 2016. Indices are unmanaged and may not be invested in directly.

Chart 3 shows the effect of $1 million hypothetically invested over the past 15 years, showing the results of bear market losses as indicated by the average of the three bear market drawdowns, followed by the average of the 6-month relief rally periods. It’s easy to see investors didn’t fare well relative to buy and hold. Bear markets can be brutal to investor capital. The average length of the bear trend was 16 months and the average depth was -30.96 percent. The average gain during the 6-month relief rally periods was 20.62 percent, but after taking into account investors’ selling trends highlighted in Chart 2, the average investor only enjoyed 6.09 percent return in relief rallies.

Investors Need to Find a Better Way to Invest 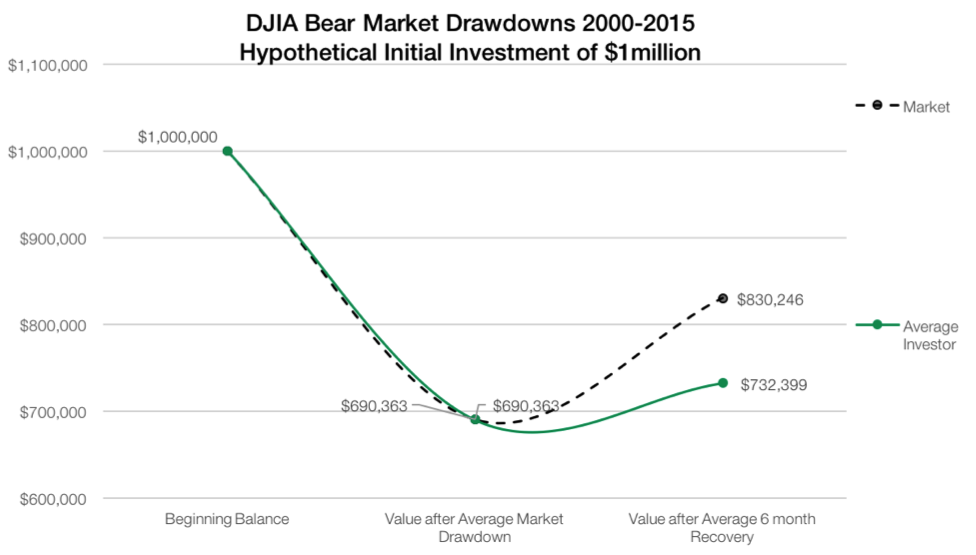 Click to Enlarge | Source: Bloomberg and Investment Company Institute, 2016. Indices are unmanaged and may not be invested in directly. Performance is not indicative of future results. 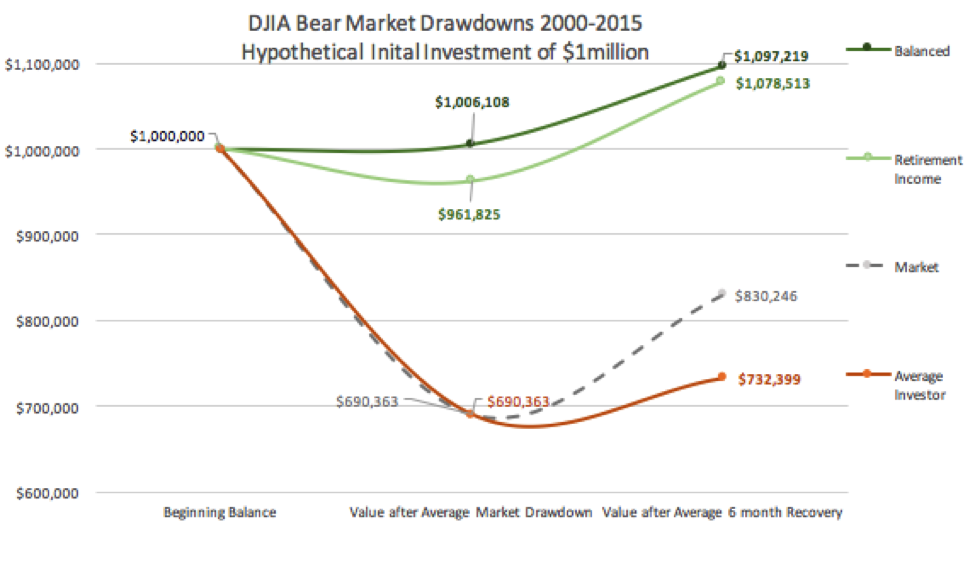 Bear markets are born when stocks become overvalued as fundamentals weaken and as bull market prices continue to rise. We believe increasing volatility is a key indicator that the end of the bull market is near. After stocks bottom, value reappears.

We feel chasing index returns only looks like a good strategy during bull market runs. Unfortunately, this approach can also quickly turn into a disaster as investors’ capital is fully exposed to bear markets losses. It is a critical time for older investors that can’t afford looming bear market losses and the capital destruction that comes with it.

Don Schreiber, Jr., is Founder of WBI Investments and manages $3.1 billion for advisors and their clients.