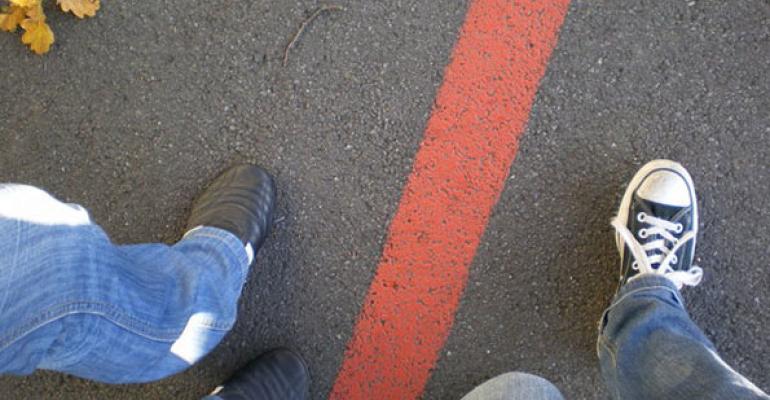 My hometown Hannover in Germany offers a neat feature to the exploring type: a thin red line, which marks streets, public places and walkways over a distance of 4.2 kilometers (2.6 miles), leading to the 36 main attractions and historic sites of the city. The careful observer will realize (or know) that Hannover’s history is closely tied to the English crown. The House of Hanover, a German royal dynasty, succeeded the House of Stuart as monarchs of Great Britain and Ireland in 1741. Hannover is also the capital of Lower Saxony (one of Germany’s states) and, sure enough, the name gives away the linkage to the Saxons — tribes that ventured out to form settlements, including the Anglo-Saxon territory (today within the territory of Great Britain).

After last week’s Brexit vote, we may think history can easily be overturned through a simple, even if democratic, mass opinion; the truth, however, is far from it, and also part of today’s cause for many swelling conflicts across the world. Often, overly ambitious politicians will drive those decisions as part of their personal or party’s agenda, rather than pursuing a holistic and long-term solution. Events in the U.K. are not that different: from overly ambitious Prime Minister David Cameron, who tried to make the anticipated non-departure from the European Union his re-election agenda, to his archrival, Boris Johnson, the former mayor of London and known troublemaker, who only recently discovered an appetite for leading the pro-Brexit cause (most likely during a time of his perceived political insignificance).

Whereas many observers of recent events focus on the economic impact — citing the numbers of why the U.K.’s split from the EU is “mathematically” advantageous — the truth is different and has far-reaching implications. The slim minority of “winning” voters in favor of Brexit (51.9 percent) was led by a) the 50-and-over age group, and b) less educated voters (I am not passing judgment, but stating the facts). On the other hand is a young Britain left “in the dust” in its aspiration for a freer united world. More problematic, and yet to be understood fully, is the strong “remain” message from Scotland, giving basis for the possibility of a split from the U.K. at a later point. Further, the city of London’s vote, with 60 percent in favor to remain, should weigh heavily, given its 22 percent contribution to the U.K.’s GDP!

I understand and embrace the concept of democracy, but it does not mean that democratic ideas and related votes, especially if falsely informed, are most representative of the collective interest. The regret (#Regrexit) is already settling in among the British, who are now left to wonder what the long-term consequences of the departure from the EU will be. Many of those in favor of Brexit had a simple objective in mind: They wanted to feel part of society again, be able to afford day-to-day life and have a voice that was heard. The Brexit campaign appeared to provide for this forum, highlighting (conveniently) crippling EU legislation and liberal immigration policies often blamed for economic conditions in the U.K. that seemingly only favored a few over the broader society.

In all fairness, conditions stated are not far-fetched from those of the United States, and not only evident in the polarizing rhetoric of some campaign frontrunners leading into the presidential election: A 2014 study by Princeton and Northwestern Universities found that overwhelming power is held by wealthy individuals and lobbying groups, leaving ordinary Americans with very little influence over government policy. More “in our faces” should be the fact that a near-record high 45 million Americans (15 percent of the population) live in poverty. To complicate the matter, wages have been in decline over the past decade, with the population participating less and less in the economic power of the U.S. overall.

Brexit is a reminder that it is time to draw the proverbial line and give way to more broad-based social-market capitalism — a system that benefits most members of a given society, inclusive of an affordable approach to education and health care. It is time to venture on a new path away from reckless monetary policy, which has provided some economic relief but overall benefited those who had assets to begin with. On the other side, we are being reminded that the EU, even if noble in its original objectives to secure peace in Europe, continues to be flawed in its design, as it does not allow for a transfer (and appropriate balancing) mechanism. With inadequacies not being addressed properly, the world will continue to witness a rise of nationalistic ideas and values.

Matthias Paul Kuhlmey is a Partner and Head of Global Investment Solutions (GIS) at HighTower Advisors. He serves as wealth manager to high-net-worth and ultra-high-net-worth individuals, family offices and institutions.