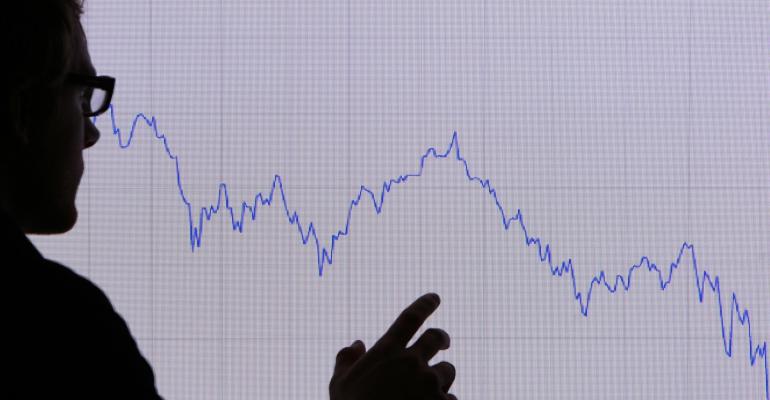 “Summer Charts” is a series of current financial topics explained in dots, lines and only a few words—just the right “mix” to concisely convey ideas for critical thinking about economic topics and investing.

There is a broadening sense that the current market environment does not “feel right,” especially given the emotional aftermath of the equity volatility spikes that occurred near the beginning of this year and following the pro-Brexit vote in the United Kingdom. However, as investors need to focus on planned, rather than emotional, asset allocation choices, data that guides objective outcomes needs to be considered. One of my favorite measures for assessing market conditions has been the Cleveland Financial Stress Index, or CFSI (named after the Federal Reserve Bank of Cleveland): “The CFSI is designed to track distress in the U.S. financial system on a continuous basis… track[ing] stress in six types of markets: credit markets, equity markets, foreign exchange markets, funding markets (interbank markets), real estate markets, and securitization markets.”

Whereas current CFSI readings have reached levels seen leading into the financial market crisis and recession of 2008–2009, surpassed the peak stress of 2010 (coinciding with a more than 15 percent decline in the S&P 500), and nearly attained levels experienced during the difficult summer of 2011 (again, over a 15 percent decline in the S&P 500), the S&P 500 equity index remains near all-time highs. Following the historical relationship of these indices, a correction in equity markets should follow. Something’s gotta give—either the CFSI or the S&P 500.

Note: According to the Cleveland Fed, the index is under revision, as historic stress related to real estate and securitization markets was overestimated in the past. A newly constructed index, expected to be published in Q4 of this year, should logically decrease stress levels previously observed, especially leading up to and during 2008–2009; as a result, current readings may appear comparatively more ominous versus the stress levels measured during the global financial crisis.

Matthias Paul Kuhlmey is a Partner and Head of Global Investment Solutions (GIS) at HighTower Advisors. He serves as wealth manager to high net worth and ultra high net worth individuals, family offices and institutions.