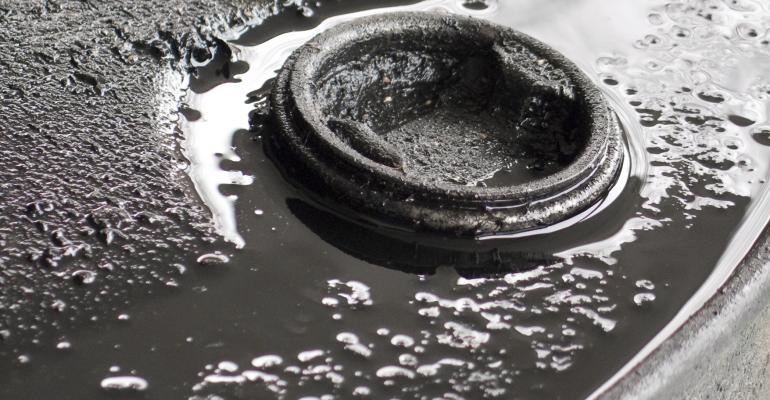 The recent decline in oil appears to be a mirror image of other previous “darlings” in financial markets, especially commodities and precious metals.

This blog might as well serve as Part II of my last entry, “The End of Oil … And Other Things.” With energy prices providing a “thrilling” roller-coaster sensation as of late, we have no choice but to focus more closely on the continued and sharp decline of oil. As discussed already, oil most certainly is a volatile investment, with ten-year standard deviation readings doubling that of the S&P 500. Whereas select market observers are now taking the view of oil foreshadowing the onset of deflationary market forces and a consequent sell-off in risk assets, there continues to be a hopeful perspective of “bargain hunting” for the long run. When in doubt, I like to assess potential value from different angles:

The bearish view is easy to come by. The recent decline in oil appears to be a mirror image of other previous “darlings” in financial markets, especially commodities and precious metals, which both peaked around 2011. Gold serves as a prominent example; if the related price decline of mining stocks is any indication, we may not yet have experienced maximum pain in many of the energy-related names. At a total upstream production cost (for the U.S.) of $51/barrel for offshore drilling and $31/barrel for onshore exploration, corporate margins in the oil and gas industry have been compressed significantly. A bearish event could be linked to the issuance of high yield debt in the energy sector: A recent research report concluded that a continued decline of oil (towards $60/barrel) could easily “push the entire energy sector into distress.” Further, news surfaced over the weekend that indicated major banks operating in the U.S. are currently facing issues related to an $850 million loan made to two major oil companies.

At the same time, there is always a more constructive contrarian or even bullish view. As with most commodities, oil needs intense investment just to balance global supply and demand. If production, given current prices, is curbed and capacity reduced, the “squeeze” will likely be felt some years out on the timeline. At this point, 2015’s total world consumption is expected to run in excess of this year, at 92.5 million barrels/day, even considering the economic slowdown in Europe and parts of Asia. Estimated current excess capacity between total world supply and demand (2015) is marked at 2.69 million barrels/day. For perspective: OPEC’s spare capacity in Q3 2014 came to 2.05 million barrels/day, and at the peak of production loss during the 1990s Iraq/Kuwait conflict the world saw oil supply drop by more than 5.2 million barrels/day.

Whenever investment decisions could become subject to a potential “value trap,” it is helpful to also review technical and relative-value aspects. The latter was discussed in a recent study that examined the relationship between oil and U.S. stocks. Based on data going back to 1970, covering two major oil shocks and countless setbacks for equities (including a lost decade), the long-term average for the S&P500/Crude-Oil Ratio comes to 25.2x. Given a current ratio closer to 30x (S&P500 at 2066 and average of WTI and Brent Crude at $69), stocks may be too expensive or oil too cheap (at least based on long-term averages). Whereas this may be a “playful” way of approaching a guiding relative value basis, it is not entirely uncommon for equities to advance in light of deflationary patterns in energy prices. The technical picture for oil is even more convincing: oversold and ready to “bounce” (potentially short-lived, but nevertheless).

Unless we think that the importance of oil will significantly decline, either due to economic contraction or strongly increasing (excess) supply (especially generated via the U.S.), the global total supply and demand picture is not one that allows for lax investment on the part of either oil companies or their investors. Current events, however, will put investors to the test, with increased volatility in energy markets that are already chaotic even under normal conditions.

The remainder of 2014 may prove to be a more difficult investment environment than most Decembers of years past, and, if nothing else, it is a good time to remind ourselves to break the mold of calendar-year investment focus and instead aim to concentrate on capturing long-term value.