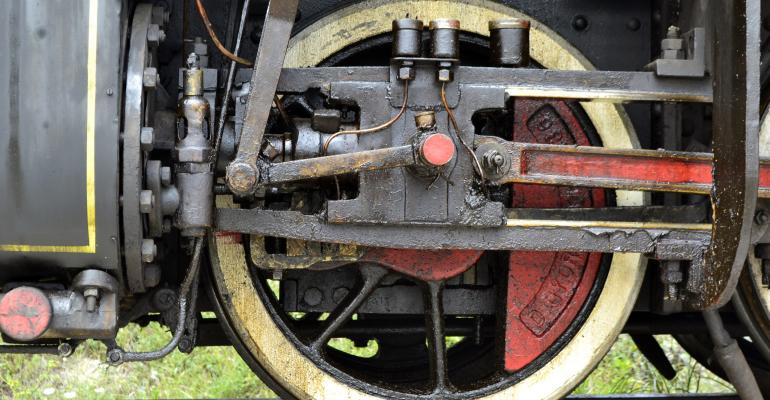 Rise of the Machines

When every year global thought leaders come together in Davos, Switzerland, the world tunes in with great anticipation. There is hope of spotting the next big trend, or, at a minimum, finding relief from economic malaise. One of this year’s focal points fell right in the middle: a potentially perfect solution to a global economy stuck in a subpar growth environment, or, for the optimists among us, a futuristic tale of massive opportunity. Whereas some of our big thinkers already consider the trend of automation and rise of artificial intelligence to be the fourth industrial revolution, others are more subdued in their views, pointing to the risk of new socioeconomic imbalances that will form. The truth probably lies somewhere in between, and seeking clarity amidst the many contrasting viewpoints may give basis to an interesting, long-term investment opportunity.

Policymakers have learned the lesson that the global economy needs a paradigm shift: credit creation, as one of the main drivers of nearly two decades of economic success, has not proven to be a promising source of lasting prosperity. A new industrial revolution may be the answer, similar to when steam, electricity, the division of labor, electronics, and IT changed the way societies lived and worked in the past; in this respect, the rise of automation and consequent integration into our daily lives has been a notable development, but it is only now that this trend is finally expected to “go parabolic,” with the market for artificial intelligence (AI) and robots anticipated to triple over the next five years.

In contrast to the increase of automated solutions is the expected depletion of the human labor force. Machines have become more intelligent and are being utilized in nearly all parts of today’s economy—no longer only limited to highly specialized manufacturing needs. As machines do not need sleep or vacation, and they produce tirelessly on an ongoing basis, critical observers are already pointing to a severe socioeconomic impact. A 2013 research paper concluded that 47 percent of all U.S. employment is at risk due to ongoing “computerization,” and more recent findings that are focused on the short-term picture see five million jobs being eliminated over the next five years. With three billion people in the global workforce, these numbers may not “put a dent in” the overall employment picture, but it is especially important to understand the underlying nuances, as well as how and to where employment will be transferred, in order to gain insight into the “investable” trend:

With respect to capital market developments around the “robo-space” (rather than focusing on developments impacting the real economy), there is a risk that investors may have already overemphasized the opportunity. We should beware that hype surrounding other investments (especially the “bubbly” ones) has often produced respective positive returns and consequent drawdowns (i.e., volatility); with this in mind, and staying with our preference for thematic investing (with the goal of uncovering better long-term value creation), the machines will continue their rise—not only from a production perspective, but also regarding their level of integration into our lives.

The bottom line is that opportunistic buying, especially of what has worked before, will likely not produce desired results. It is best to quickly come to terms with the notion that we have entered a new market paradigm with opposing forces at play: The Fed has changed its policy stance, continuing to withdraw liquidity from markets and impacting speculative global flows, while investors are dealing with a world that is changing, once again, in a very material way. In my opinion, we are not quite on the brink of a fourth industrial revolution, but the unprecedented chase of automation—especially as it relates to industrial production—gives basis to a long-term investment opportunity. Further, current market volatility may create a chance to “pick up” better value than has been available for quite some time.