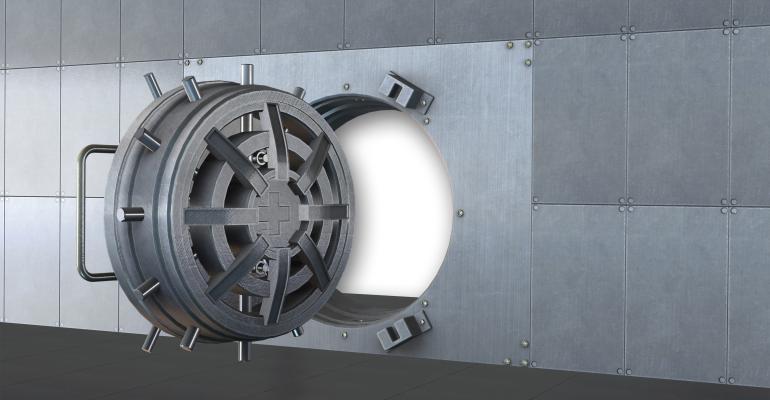 For the ECB to succeed in moving closer to its stated 2 percent inflation target, accommodative measures need to be meaningful

Trivia Alert: According to a recent report by the European Central Bank (ECB), there is a notable and sharp increase of counterfeit money in circulation. In the second half of 2014 alone, the ECB withdrew more than half a million of forged euro banknotes from the financial system, an increase of 44 percent year-over-year. Clearly, someone out there does not think that there is enough money (insert smiley face here). The same may hold true when assessing the recent announcement of the ECB's extended Quantitative Easing (QE) program of 1.14 trillion euro (or $1.3 trillion).

The ECB’s balance sheet and its related expansion have been held relatively “conservative,” not only considering economic conditions in Europe, but also in relative size to GDP (at ca. 20 percent). Other struggling economies, for example China and Japan, are running central bank balance sheets exceeding 50 percent vs. their respective economic output. Even though the ECB's announcement was met with relief in financial markets, the funds will not entirely be a net-new addition, but instead will partially replace previous accommodative measures. Of the Long-Term-Refinancing-Operation (LTRO) loans provided to banks in 2011 and 2012, roughly 200+ billion will mature this week and in March; therefore, 20+ percent of new QE measures will simply replace previous funding options.

For the ECB to succeed in moving closer to its stated 2 percent inflation target, accommodative measures need to be meaningful, especially given current readings of -0.2 percent. There are two main challenges related to this objective: 1) It will be essential to sustainably stimulate the velocity of money and related bank-lending activities; although loan demand is starting to pick up, banks are still maintaining tight credit standards and “hoarding" funds to strengthen their balance sheets. 2) According to ECB model projections, every 1 trillion euro of QE will lead to a rise in inflation of between 0.2 and 0.8 percent; therefore, given the stated inflation target, realistic projections for accommodative measures need to run closer to 2-3 trillion euro, rather than the current program totaling only a third of this amount.

What has largely been missing from coverage of the launched QE program is the peculiar risk-sharing provision. Likely in an attempt to address the concerns over the “legality” of the QE operation under applicable treaties, 80 percent of the risk associated with new asset purchases will reside with the Eurozone's national central banks. With Articles 123 and 125 of the Treaty Of Lisbon clearly prohibiting the financing of member states, the chosen “workaround,” when critically judged, already appears to foreshadow a union that has broken down. Legally-charged arguments will only intensify if, indeed, projected QE amounts will have to become larger, and/or if the European economy remains in dire straits.

Investors should consider the following: the ECB will not have a choice but to stimulate the financial system further. It is perceivable that we will experience numerous “add-ons” to the new QE program, easily surpassing the suggested 1.14 trillion euro mark. European investments, under this scenario, will become subject to "asset price inflation,” and likely do well in anticipation of a sustained policy approach. Investors, nevertheless, need to stay alert and closely monitor the ECB’s progress as well as political developments surrounding Greece. In contrast to the Fed’s accommodative policy, market participants may not assign the same level of credibility to the ECB's operations, as national interests and arising conflicts could hinder a seamless execution. While I have been under the impression that the euro may hold value in the long run, expectations of aggressive accommodative measures and lasting structural challenges in the Eurozone may exacerbate the recent decline. In fact, since last week’s ECB announcement, an important support level at 1.15 (EURUSD) was broken significantly to the downside, allowing for further weakness.