/sites/all/themes/penton_subtheme_wealthmanagement/images/logos/footer.png
Recent
Recent
Financial Planning in the Era of the Great Resignation
Jan 14, 2022
What Makes a Successful Advisor Transition
Jan 14, 2022
Seven Must Reads for the CRE Industry Today (Jan. 14, 2022)
Jan 13, 2022
Warren Renews Criticism of Private Equity’s Role in Housing
Jan 13, 2022
Featured
The 10 Best and 10 Worst States in Which to Retire in 2021
Jul 15, 2021
Poll: 15 Classic Books on Investing and the Markets
Apr 03, 2020
25 U.S. Markets Adding the Most Multifamily Units This Year
Feb 03, 2021
Fifteen Must-Listen Business Podcasts for Advisors
Aug 14, 2020
Viewpoints
brought to you by 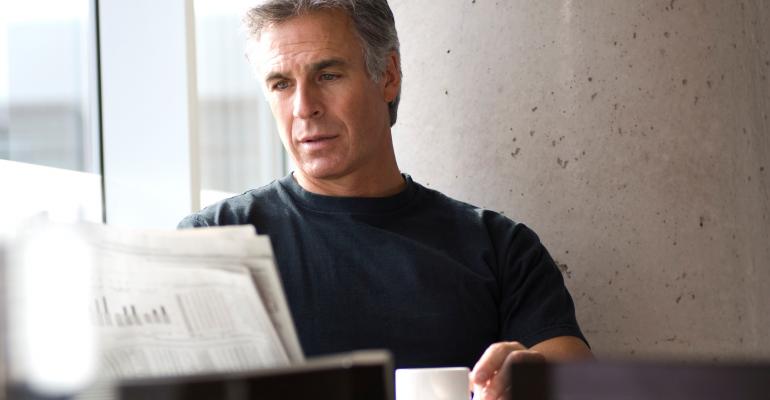 Despite a disconcerting, growing consensus among investors, the likelihood of a sudden increase in U.S. interest rates is fairly remote for now.

Recently, as I listen to the growing chorus of investors claiming that U.S. Treasury yields are poised to rise and return to their historical norm, I am reminded of a Keynesian sentiment about the problem with long-term thinking. Last week, for example, I was at a meeting of prominent investors where nearly everyone held the view that rates must normalize. I sat there listening, and thought, "Normalize to what?" As my fellow investors shared forecasts for forward rates and everything else, at one point I remarked that people are flattering the Federal Reserve, giving it too much credit for why long-term interest rates are where they are today.

What I mean by this is that when I look around the world and consider what is going on, it is hard to argue that U.S. 10-year Treasuries with yields hovering near 2.5 percent are unattractive compared to 10-year Japanese government bonds yielding close to 50 basis points. German 10-year bunds are yielding a historic low of just over 1 percent with the Treasury/bund spread as wide as ever. Even in troubled Spain, benchmark borrowing costs in recent days have at times dipped below 2.5 percent -- their lowest yield since 1789. Add to that the perception that both the yen and euro are seemingly a one-way bet toward depreciation and it is reasonable to expect that international capital will continue flowing toward the United States, pressuring U.S. Treasury yields down as quantitative easing draws to an end.

Most investors can agree that loose monetary policy and quantitative easing have caused overvaluation in some spheres of U.S. credit. Even Federal Reserve Chair Janet Yellen has said that some leveraged credit is showing signs of frothiness. But the palpable fear that the Fed’s eventual hiking of short-term interest rates will prompt a general upward shock in interest rates and an abrupt repricing of credit risk and U.S. Treasuries is getting overplayed and too much attention. The reality is that with international demand for U.S. Treasuries likely to increase and the size of incremental U.S. government borrowing expected to decline because of shrinking federal budget deficits, U.S. Treasury yields could move lower.

The likelihood that we are going to have a sudden, ugly increase in interest rates seems fairly remote for now. As for the long-run, well, the consensus view of interest rates normalizing will eventually come true. The problem with that thinking may lie in the definition of "long-run." As John Maynard Keynes wrote in "A Tract on Monetary Reform" in 1923, "In the long-run we are all dead."

It is hard to argue that U.S. Treasuries are overvalued with yields around 2.5 percent compared to German 10-year bunds yielding near historic lows just above 1 percent. The spread between Treasuries and German bund yields, at 138 basis points, is rapidly approaching record levels. The last two times the spread was so wide it soon reversed course. Unless bund yields head higher, unlikely given accommodative ECB monetary policy, Treasury yields could fall in the near term.