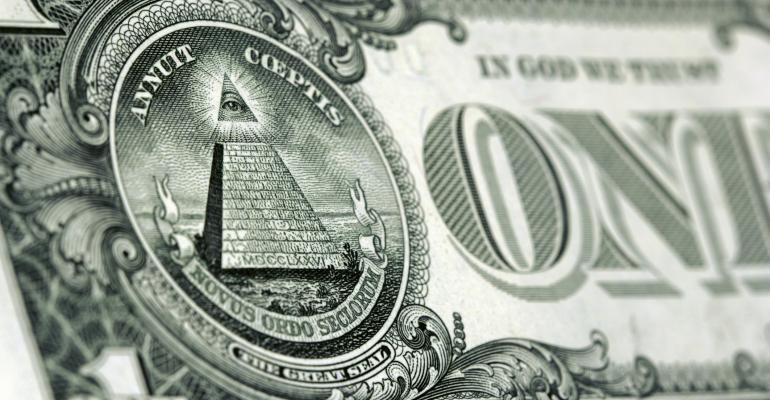 The world of finance has become nothing short of a centrally planned game, with policymakers driving asset markets as well as currencies.

The world of finance has become nothing short of a centrally planned game, with policymakers driving asset markets as well as currencies. What Treasury Secretary John Connally casually noted in a 1971 G-10 meeting—that “the dollar is our currency, but your problem”—seems to have become the “go-to” strategy of nearly every nation around the world. Just last week, Mario Draghi, head of the European Central Bank (ECB), built further on his 2012 pledge “to do whatever it takes,” essentially devaluing the Euro for better competitiveness, while, further east, policymakers have not been shy either, with forceful foreign-exchange interventions enacted in China and Japan. Investors need to understand that the reset of the global financial system (to normalcy) will most likely and ultimately take place through policy and currency markets, creating both risk and opportunity.

If we further accept that the global economy will be plagued by deflationary forces for years to come, and that policy support will remain an essential “item” for supporting more positive developments, it is important to strike the right balance between compelling equity valuations, level of policy support, and value of currencies vis-à-vis relevant counterparties (think of export nations competing for their products in global markets). As an example, in November of 2012, we made the call to invest in Japanese Equities, but to hedge out the currency; this investment (on index level only) would have outperformed stellar U.S. markets over the same timeframe.

Following our logic, the Japanese continue to be committed to accommodating their economic system on a qualitative and quantitative basis. Whereas a popular girl band postulates the message to buy Japanese debt obligations in an unprecedented effort of financial nationalism, monetary policy and corporate reforms have focused on modernizing the “too traditional” image of Japanese corporations (and ultimately increasing the attractiveness of their listed stocks). In contrast stands the output of the overall Japanese economy, with lackluster GDP readings: since 1991, economic output has grown by only 9 percent (cumulatively), while government debt-to-GDP has risen by 177 percent. In Japan’s example, the pick is clearly in favor of private ownership through investment in stocks, rather than supporting a sovereign nation.

Around the world, the issue appears to be the same. U.S. corporations, however, are ahead of the game, as they have de-levered their books by more than 10 percent since 2008. The Europeans, somewhat late to the game, have gotten the message, nevertheless. Draghi knows that a healthy banking system is the anchor of every good economy, and we now seem to be able to identify a continued accommodative stance (years after the rest of the world latched onto it) paired with aggressive corporate reforms, especially in the European banking sector. Just as in Japan and the U.S., the corporate sector is “cleaning up,” with compelling (and competitive) values surfacing; however, the European dilemmas surrounding country and union issues continue to deepen, with public debt on the rise and fiscal gridlock at play.

The right stock selection—not country selection—will be key in the years going forward. The decline and failure of several prominent global-macro hedge funds is proof of the need for rigorous bottom-up analysis, rather than just top-down focused investing, particularly in a world that defies past logic because of monetary policy trumping natural price formation. Corporations, especially the ones that cater to an emerging world, will continue to exploit profits not only related to their respective “home territories”; they have emerged to become truly global players. It is no coincidence that sovereignty seems to have been replaced by corporate identity: corporate inversions continue to trend upwards, with a material number of U.S. companies having changed their headquarters to non-domestic locations, mainly to pay less tax.

Investing along the lines of our so-called “new world order” (where corporations assume “sovereign status”), paired with the suppositions that a) an emerging world will continue to produce economic prosperity, and b) global purchasing power is at risk (given the decline of major currencies' purchasing power), we can  think of a rather straightforward asset mix: 1) global equities, 2) global macro strategies as a “hedge” to policy normalization, and 3) emerging market cash, short-dated instruments, and precious metals to diversify away from traditional fiat currencies.