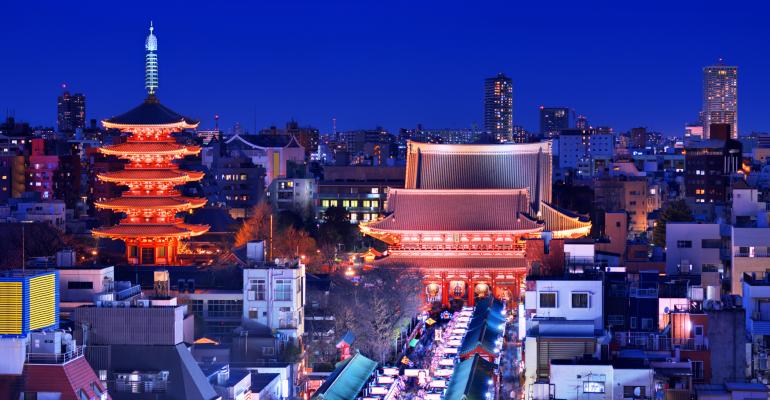 Macroeconomy:&nbsp;With little traction from fiscal policy and structural reforms, the pro-growth policies of Prime Minister Shinzo Abe known as &quot;Abenomics&quot; will continue to rely on the Bank of Japan&#39;s loose monetary policy to maintain economic momentum. Low Growth of around 1.3% is expected for 2014 and 2015. Valuation: Rising profits and the 2014 correction have pushed down P/E ratios on Japanese equities into more attractive territory. Investor sentiment:&nbsp;As contrarians and as the crowd has become less bullish on Japanese stocks, we have become more constructive about investor sentiment, and in our framework it has moved up to a neutral factor from negative.

In November 2012, Japanese Prime Minister Shinzo Abe introduced the program known as “Abenomics” to boost economic growth. Following that initiative, Japanese equities rallied sharply in 2013, but so far this year have underperformed other markets by 12% (Exhibit 1). Valuations in Japan remain attractive, but overall we are neutral, given our neutral views about the macroeconomy and investor sentiment.

Abenomics has succeeded in pushing Japan out of recession and deflation largely on the back of the country’s aggressive monetary policy and yen devaluation – one of the three “arrows” of Abe’s plan, along with fiscal policy and structural reform. Begun in April 2013, Japan’s “Qualitative and Quantitative Easing” (QQE) has swollen the Bank of Japan’s (BoJ) assets faster than the assets of the U.S. Federal Reserve (the Fed).

At the BoJ’s last meeting, Governor Kuroda stated that he is not considering further easing beyond QQE’s scheduled finish at the end of the year, but is ready to act to support the economy if needed. We believe that QQE will likely be carried over into 2015, possibly at a faster pace, as inflation fails to reach the BoJ’s target. Without any real traction from the other two arrows, low growth of around 1.3% is expected for 2014 and 2015.

Abe’s main fiscal policy goal is a halving of the primary budget deficit by 2015 and moving to a surplus by 2020. Thus far, the main initiative along those lines has been two tax hikes: one that raised the sales tax from 5% to 8% in April 2014, and a further increase planned for October 2015 to 10%. The sales taxes produced some accelerated demand, as consumers move up purchases to beat the deadlines. Initial reports indicate that the pre-April tax-hike rush was stronger than anticipated, and reduced spending was not as dire as feared afterward. However, other than tax hikes, there is little in the way of fiscal discipline. Expenditures remain twice revenues, which suffer from poor tax collection. We would not be surprised to see further backtracking from the stated deficit reduction goals.

We estimate that about half the budget deficit is structural, and may be closed with increased taxes. The other half is cyclical, with growth of about 2% needed to close the rest of the deficit, in our calculations. Japan’s cyclically adjusted budget deficit is the largest among developed economies (Exhibit 2). To foster growth, the government is seeking to offset the higher tax rates with a simultaneous fiscal package, estimated at about 1% of the GDP, offering infrastructure projects and breaks for corporations for raising capital expenditures and wages. The latter is especially important. If the current consumption recovery is to keep going, Japanese workers need increased wages to offset rising inflation. For some time, Japan has had a tight labor market due to an aging workforce and lack of immigration. But over the past decade, employers have typically responded not with wage hikes, but with the greater use of lower-paid part-time workers. In the past year, however, we have seen a reversal of the trend and an uptick in compensation in Japan – a potentially encouraging development.

The third arrow of Abenomics, structural reform, in our opinion is unlikely to achieve any meaningful gains over the next two years. For example, Abe has created Special Economic Zones aimed at enhancing productivity through reduced regulation and labor flexibility, but zones are limited in scope. Japan also decided to join negotiations for the Trans-Pacific Partnership (TPP), a 12-nation free-trade agreement. Japan seems to be willing to bargain even on sacred cows, like agriculture, in exchange for long-term energy supplies.

Another structural issue is the country’s trade deficit, which, despite the weakening of the yen, is still not contracting because imports are rising faster than exports. Several factors contribute to this trend:

With few positive results from fiscal policy and structural reforms, we believe that Abenomics will continue to rely on the BoJ’s loose monetary policy to maintain economic momentum in the near term.

Valuation: improving with rising profits
Since the advent of Abenomics, Japanese companies have experienced strong earnings growth. A weaker yen has been positively correlated with profits, especially at the manufacturing level. We have found that over the past two years, a decline of one yen versus the U.S. dollar has corresponded to an approximate 1% rise in the consensus earnings forecast. But the positive impact of the weaker yen is beginning to fade, and over the next 12 months earnings growth is expected to downshift from high double-digits to the global average of about 10%.

The combination of strong profits and this year’s relative weakness in Japanese stocks has resulted in what we see as appealing valuation levels. On an absolute basis, Japanese stocks are at the lower end of their 10-year valuation range, and relative to other regions and countries also appear inexpensive, based on 12-month forward P/E ratios. In fact, Japanese P/Es are at an all-time low relative to the U.S. Other measures also point to the relative attractiveness of Japanese stock valuation. For example, 45% of Japanese corporations trade below their replacement value. If we look at Enterprise Value/EBITDA1, Japan is the cheapest of all developed markets (Exhibit 3).

Investor sentiment: bullishness fading
With the correction in Japanese stocks this year, investor sentiment has cooled – we wouldn’t call it bearishness, but less bullish. For example:

As contrarians, when the crowd becomes less bullish, we tend to become more constructive about investor sentiment, and in our analysis it has moved up to a neutral factor from negative.

Abenomics: a qualified success, so far
We see Abenomics as a qualified success, in that it has helped allay fears of deflation and jump-started the economy. Longer term, however, Japan’s challenges of debt and demographics still await the serious implementation of fiscal discipline and structural reform.

For Japanese stocks, the likely scenarios we see are mixed:

Given these conflicting scenarios we are neutral on the Japanese equity market for the time being.

Index Definitions
Morgan Stanley Capital International (MSCI) Japan Index is an unmanaged index designed to measure the performance of the large-cap and midcap segments of the Japan market.

The indexes shown are unmanaged and do not incur management fees, transaction costs or other expenses typically associated with investment accounts. MSCI indices are net of foreign withholding taxes. Index data may not be reproduced or used for any other purpose. Index providers offer no warranties, have not prepared or approved this report, and have no liability hereunder. It is not possible to invest directly in an index. Past performance is no guarantee of future results. Investing entails risks and there can be no assurance that Hexavest or Eaton Vance (and its affiliates), will achieve profits or avoid incurring losses.

About Eaton Vance
Eaton Vance Corp. (NYSE: EV) is one of the oldest investment management firms in the United States, with a history dating to 1924. Eaton Vance and its affiliates offer individuals and institutions a broad array of investment strategies and wealth management solutions. The Company’s long record of exemplary service, timely innovation and attractive returns through a variety of market conditions has made Eaton Vance the investment manager of choice for many of today’s most discerning investors. For more information, visit eatonvance.com.

This material is provided for informational purposes only, and reflects the views and opinions of Hexavest and not necessarily those of Eaton Vance as a whole. It should not be construed as investment advice or a recommendation to adopt any particular investment strategy. This material has been prepared on the basis of publicly available information, internally developed data and other third-party sources believed to be reliable. However, no assurances are provided regarding the reliability of such information and Eaton Vance has not sought to independently verify information taken from public and third-party sources. Any information, views and opinions expressed are those of Hexavest, current as of the date of this material and are subject to change at any time without notice. Eaton Vance disclaims any responsibility to update this material, views and opinions. Different views may be expressed by others. This material may contain statements that are not historical facts, referred to as forward-looking statements. Future results may differ significantly from those stated in forward- looking statements, depending on factors such as changes in securities or financial markets or political and general economic conditions.

The views and strategies described may not be suitable for all investors. There are no guarantees regarding the achievement of investment objectives, allocations, target returns or measurements such as alpha. The use of models and tools cannot guarantee performance. In general, investments in foreign instruments or currencies can involve greater risk and volatility than U.S. investments because of adverse market, economic, political, regulatory, geopolitical or other conditions. In emerging or frontier countries, these risks may be more significant.

Not FDIC Insured • Not Bank Guaranteed • May Lose Value