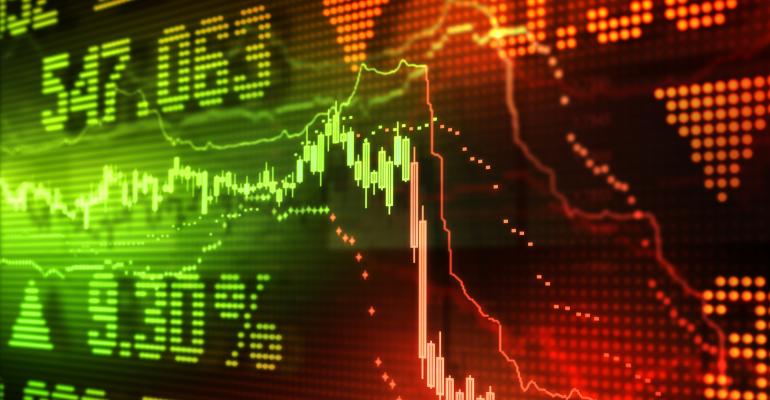 Due to higher levels of price volatility, investors and their wealth advisors may need to consider the level of optionality in their portfolios.

As 2016 starts, we have the major capital markets in a short-term swoon phase. Among various asset class returns to date, I note the following (all returns are price only, and exclude dividends/income flow and are as of 1/15/16):

As oil prices have continued to decline, capital market asset values have followed suit. Declining oil prices (commodity prices in general) are negatively impacting capital spending activities, lowering industrial output activity on a global basis. Many pundits are now muttering the “R” word…recession. The weight of the evidence I’m focused upon is telling me the U.S. economy has probably hit a soft patch with GDP growth at less than 2 percent during Q4 2015 and Q1 2016, but I still see little evidence of an impending recession immediately on the horizon.

Why the Current Swoon?

So if the probability isn’t extremely high that we are heading into a recession, why has asset price volatility increased?

Four factors come to mind as to why asset volatility has increased and prices have fallen so rapidly this year.

Of these issues, the one I need to discuss further is the probability of the world falling into an economic recession. Recessions are normally accompanied by stock markets declining by more than 20 percent (remember 2008-2009?). I call for a 10 - 20 percent correction occurring sometime this year, but dismiss the idea of a new bear market rising, due to the lack of evidence pointing to an economic recession.

Going back over the last number of decades, the stock market has entered bear territory for one of four reasons. • Economy going into recession. The weight of the available evidence tells me, that while possible, the probability of the United States entering a recession is reasonably low. The labor market is strong, the leading economic indicator index is robust, consumer sentiment is okay, and inflation seems low. Recessions occur because of imbalances. Domestically, I see few serious economic imbalances.

Recession Coming At Us?

This is a valid question as some of the more vicious bear markets occur during times of economic recession. Are we heading towards a recession? Of course, I don’t know (nobody does), but two indicators with good historical track records tell me we are not heading toward a recession.

If indeed the world isn’t heading into recession, as the weight of the evidence of my work suggests, then the correction phase we are experiencing should be limited to a 20 percent decline. This type of decline obviously isn’t painless. I urge investors to take advantage of this type of price decline.

Due to higher levels of price volatility, investors and their wealth advisors may need to consider the level of optionality in their portfolios. What do I mean by “optionality”? It is a measure of the ability of a portfolio to take advantage of what may be short-term price dislocations within various desired asset classes. There are two ways an investor can view declining prices – optimistically or pessimistically. Naturally, humans see something falling in value and the immediate reaction is fear. Depending on the circumstance and the investor, I urge individuals to consider looking at price declines as a period of opportunity. It’s a time to look for opportunities rather than looking for reasons to flee.

Successful investors have the inherent ability to look at falling values, discover the reason behind the decline and deduce the sustainability of that decline in value. When the decline in value appears to be temporary, the ability, or the option to act on that price decline by purchasing the asset tends to lead towards higher long-term returns. Two possible strategies to maintain optionality in portfolios are:

I have called for a higher level of asset price volatility this year as compared to the recent past. We are currently seeing the first example of that higher volatility level in today’s market action. There are two ways of looking at volatility – aggressively or negatively. I suggest investors need to look at today’s increased volatility patterns aggressively.