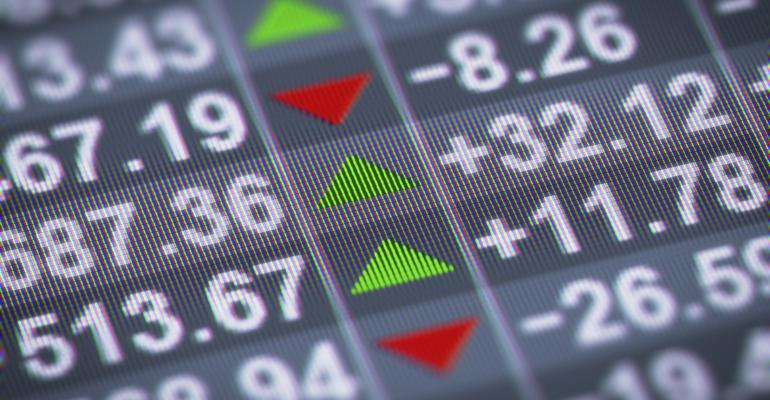 Should preexisting &ldquo;headwinds&rdquo; turn into &ldquo;tailwinds,&rdquo; yields will be propelled higher.

There is nothing better than messing with the Google search bar, especially with the auto complete function. Here’s a good example: When typing “interest rates will …” four out of the five options offered by the crafty engine to complete the sentence call for rates to go lower or stay low forever—certainly not what the market has been experiencing and (!) fearing since last week. The eight percent rise in the U.S. 10-year yield has spooked many investors and caused some volatility in equity markets. To get a sense of direction, or even better, to get the direction right is the +$100 trillion question (the estimated size of the global debt market at 2014 figures). Whereas many conditions remain in place that call for lower rates, an immediate risk of rates moving higher is being conveyed by current chart formations.

Taking a long-term view, the 10-year U.S. Treasury yield remains in a cyclical bear market, with rates likely going lower. This in mind, as with most bear markets, there is always the risk (and opportunity) for sharp counter-trend rallies to occur. Based on our analysis, technical indicators suggest that yields will potentially undergo one of these rallies. Not only do investors and traders continue to enter buy orders at elevated levels—clearly a bullish scenario—but the current price formation has the potential to take yields above two very important levels: the 200-day moving average (see the light blue dashed line in the chart below) and the downtrend since early 2014 (red line). Should preexisting “headwinds” turn into “tailwinds,” yields will be propelled higher. Underlining this short-term bullish case are also the improving momentum indicators.

Here are the ways it could play out: Upon a meaningful and consistent break above the 2.25 level, the 10-year yield will likely immediately advance to 2.40 percent—an extremely strong resistance level since 2010. However, as broken resistance levels often turn into support, we would expect the 2.25 mark to hold to the upside, providing basis for rates to break above 2.40 percent in the next wave. As far as the downside is concerned, should the 10-year yield break below 2.00 percent, the ascending triangle (purple lines) would be “broken,” and we should then expect a test of the 2015 (1.60 percent) and possibly the 2012 lows (1.40 percent).

Now back to real life and the long-term picture supporting our bearish technical “base case.” The U.S. economic “recovery” has been nothing but short of the historical norm. To date, GDP growth is at best mediocre, with U.S. companies producing acceptable but distorted earnings (see Would You Like to Buy an E?). The socioeconomic front remains even more challenging, considering a fractured employment market with a low labor-participation rate, and real wages cratering compared to previous peaks. Many Americans have not experienced (or even participated in) a full recovery since the 2008/2009 “fallout,” with the small exception of those owning assets in either financial markets or real estate; this is very much where the other, equally important, argument comes in that rates have to stay low(er). In an effort to fight deflationary forces, the Fed has reflated assets, and likely sparked a false sense of economic “well-being,” clearly indicated by an ever-ballooning consumer-credit base.

Whatever perspective one likes to take, we have made the argument in previous entries, Drop It Low – A Reprise and Yield To Temptation, that the basis for a constant “push and pull” between higher and lower rates will likely remain. In a way, current developments remind me of the old joke, “bankers never go away…they just lose interest.” We expect that investors will continue to reach for yield, especially in this zero-interest-rate environment, but the fact that central bank policies have “smoothed” natural market outcomes and produced low volatility readings needs our undivided attention as conditions normalize. Investors need to closely monitor the effects of the unwinding of Fed policy support as a primary risk to financial markets, not only related to their bond positions, but to their entire portfolio mix.