https://www.wealthmanagement.com/sites/wealthmanagement.com/files/logos/Wealth-Management-Logo-white.png
Recent
Recent
Broker/Dealers Must Optimize for Service to Move Past Stagnation
Jan 27, 2023
Nine Must Reads for CRE Investors Today (Jan. 27, 2022)
Jan 26, 2023
Lacking Property Sales Data, Appraisers Look to Other Marketplace Drivers to Value Assets
Jan 26, 2023
The Price Is Right for Morgan Stanley Bankers’ WhatsApp Lapses
Jan 26, 2023
Blackstone Gets Extra $500 Million From University of California
Jan 26, 2023
Featured
The 10 Biggest Tax Crooks of 2022
Jan 23, 2023
The 12 Best Business Books of 2022 for Advisors
Nov 23, 2022
The Most-Revealing Onboarding Questions Advisors Ask
Jan 09, 2023
How Well Do You Remember 2019?
Jan 03, 2023
Viewpoints
brought to you by 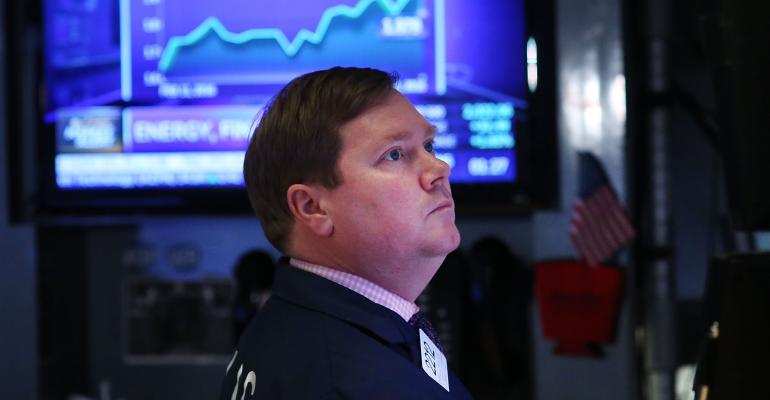 The Last One Standing

Comparing current conditions to the previous 2007 peak, the historically low cost of capital truly is different.

This one goes out with much respect to the optimists: You have done it again! You are quite the decisive bunch, never having folded your cards during the recent market correction. Even though there must have been self-doubt over your position, those feelings of inadequacy were better left in the concerned (now shamed) camp. More often, I happen to fall out on this less optimistic side of the story—not exactly as a permabear, but rather as someone anchored in historic comparative analysis, and with potentially overemphasized caution. However we (you) turn the argument, this market is far from cheap, technically damaged, and influenced by multiple unique (in combination) factors that cannot last.

In our last entry, An E-ntervention, we talked obsession, especially as it relates to the investment alphabet’s letters E (for earnings) and P (for price). It is time to close out this particular topic, examining share buybacks as another driver of earnings management, and, relatedly, the unshaken position that stocks are a good deal.

To anchor our argument: “E” is composed of three contributing factors: revenue growth (not cheerful these days), profit margins (unsustainable due to waning factors), and share buybacks. The latter, more or less, is a “reshuffling” transaction of a company’s assets and does not constitute an immediate change in enterprise value. Considering that shareholders can receive cash either through dividends paid to them, or through a buyback transaction by being paid for their stocks via tender offer, positions of value are simply being exchanged, not enhanced.

The reality, away from “textbook transactions,” is a different one. When a company issues debt—instead of using cash and/or other liquid assets on the balance sheet—to buy back its equity, there are changes to the tax and risk positions: Whereas income on assets held is taxable, interest paid on issued debt is tax-deductible, therefore creating a basis for improved earnings. At the same time, one can argue that a company will be more highly levered after a debt-derived buyback, and that cash and/or other assets previously available were not used for strategic, value-creating investments.

To address the proverbial elephant in the room, buyback volume has reached levels last seen in 2007, when markets were just months away from their meltdown. In this respect, we need to focus on the “this time is different” argument, as our critics will do:

Comparing current conditions to the previous 2007 peak, the historically low cost of capital truly is different. The 10-year Treasury yield stands at less than 2 percent today versus about 5 percent back in mid-2007, so it pays to engage in alternate, debt-based financing. What is also different, but lends basis to our ongoing argument over the problematic “E composition,” is the lack of revenue growth for many U.S. companies: Whereas, at the 2007 market peak, revenue growth was marked at nearly 7 percent before a more material decline occurred, the recent market top (in 2015) coincided with only 1.3 percent revenue growth, which has since moved into negative territory.

Not only do I remain convinced that, for the most part, U.S. earnings will have little room to improve in the absence of actual revenue expansion, but it has also become a shared concern that the record level of corporate buybacks account for the last meaningful aggregate buyer keeping the current bull market going. Active earnings management based on margin optimization and share buyback programs, also in relation to demand created in equity markets, is a catch 22 that will have to resolve itself.

Matthias Paul Kuhlmey is a partner and head of Global Investment Solutions (GIS) at HighTower Advisors. He serves as wealth manager to high net worth and ultra-high net worth individuals, family offices and institutions.