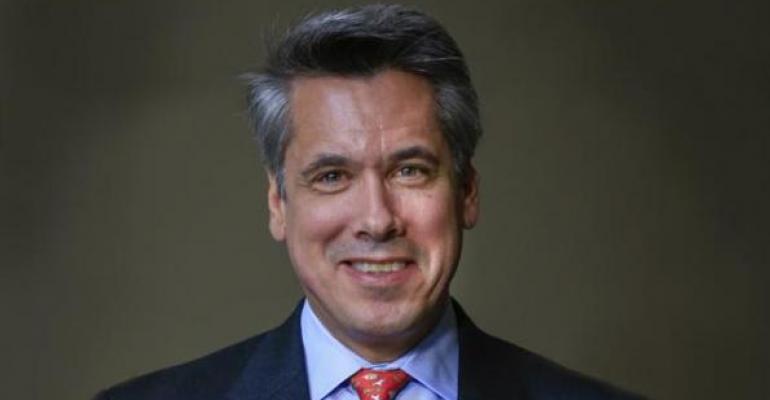 Judge Steven W. Rhodes’ ruling that the City of Detroit is officially bankrupt and that pension benefits for public pension fund beneficiaries may be reduced will have major repercussions throughout the public pension fund industry. Historically, many public pension funds’ assets have not always been managed to generate the highest risk adjusted returns. This was partially driven by the fact that those responsible for managing the pension assets believed pensioners would get their benefits regardless of how the fund performed, because the municipality could increase taxes to pay for the benefits. This ruling is a shot across the bow to all public pension fund investment professionals that their actions could impact the retirement of thousands of retirees who depend on their monthly benefit check.

One implication of this development will be a greater focus on maximizing investment returns of the pension fund portfolio in order to meet or exceed their actuarial return assumptions which currently average approximately 7.5%. Since 2008, pension funds have been increasing their allocations to alternative investments and this trend will accelerate as long as interest rates remain near historic lows. Part of this alternative investment allocation includes hedge funds. Most public pension funds are using return assumptions of 4% to 7% on a diversified portfolio of hedge funds, which is significantly higher than the approximately 3% return assumption on a diversified fixed income portfolio. In addition, pension funds believe hedge funds add diversification to their portfolio and provide some down side protection during market corrections. Since pension funds have been the major source of growth for the hedge fund industry since 2008, this ruling could have a major impact on the hedge fund industry, because it should accelerate the evolution of how pension funds invest in hedge funds.

This hedge fund evolution process for pension funds typically begins with a small initial allocation to hedge funds via hedge funds of funds. This allocation is gradually increased every few years as a pension plan enhances its knowledge of hedge funds. The second phase of the process is pension funds investing directly into hedge funds, which may often include assistance from a consultant or a fund of funds acting in an advisory role. An overwhelming majority of the hedge funds a pension plan will invest in at this stage of the process are the largest, “brand name” hedge funds with long track records. Performance is of secondary consideration to perceived safety and a reduction of headline risk. A vast majority of pension plans that have a hedge fund allocation are currently in these initial two phases. After a few more years of making direct investments in hedge funds, pension plans move to the third phase and begin to build out their internal hedge fund staff, which shifts the focus from name brand hedge funds to alpha generators. These tend to include small and midsized hedge funds that are more nimble. In a 2012 study done by Pertrac over the past 16 years, small hedge funds out performed large hedge funds in 13 out of 16 years with an annualized compound ROR for the average small fund of 12.50% compared to that of large funds of 9.16%. Simply put, it is much more difficult for a hedge fund to generate alpha with very large assets under management. Some pension funds are also allocating a portion of their hedge fund investments in niche oriented funds of funds.

The final step of this evolution occurs when pension plans stop viewing hedge funds as a separate asset class and allow hedge fund managers to compete head-to-head with long-only managers for each part of the portfolio on a best-of-breed basis. Many of the leading endowments and foundations have evolved to this point. Their portfolios are primarily invested in alternative managers, with large allocations to midsized hedge funds. This allocation strategy is now being called the “endowment fund approach” to managing money.

Don Steinbrugge is Chairman of Agecroft Partners, a global consulting and third party marketing firm for hedge funds. Agecroft Partners has won 18 industry awards as the Third Party Marketer of the Year. Highlighting Don’s 28 years of experience in the investment management industry is having been the head of sales for both one of the world’s largest hedge fund organizations and institutional investment management firms. Don was a founding principal of Andor Capital Management where he was Head of Sales, Marketing, and Client Service along with being a member of the firm’s Operating Committee. When he left Andor, the firm ranked as the 2nd largest hedge fund firm in the world. Previous Don was Head of Institutional Sales for Merrill Lynch Investment Managers (now part of BlackRock). Don was also Head of Institutional Sales for NationsBank (now Bank of America Capital Management). At both Merrill Lynch Investment Managers and NationsBank a large percent of the firms’ assets were large pension funds.