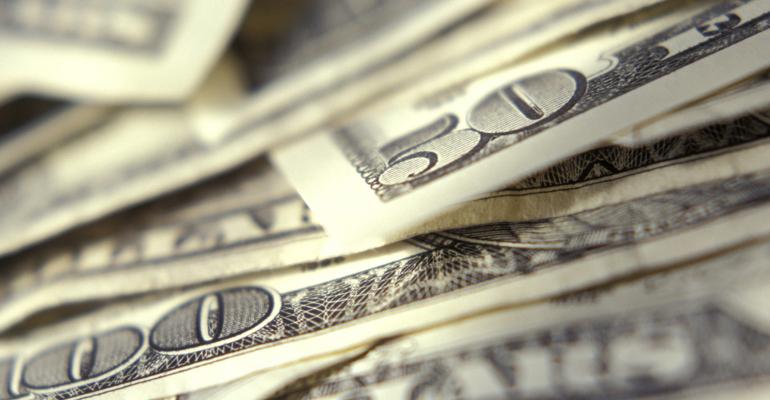 “A dollar is a dollar,” was the daring statement of President Nixon in a 1971 TV address. Whereas we do not want to discuss the logical fallacy of his near-attempt to hoax the American nation that year, it is interesting how the debate of the world’s reserve currency has been playing out. The U.S. dollar, at least on a trade-weighted basis (measured against a basket of international currencies), has been in a declining trend for more than a decade, typically only having experienced strength and provided safety during times of crisis. Current developments, however, appear to be different: the appetite for the greenback has been strong, with net speculative positions pro the dollar at the highest mark since 2008, when, once again, risk avoidance was the key for long position-building.

Having grown up in Germany before a unified European monetary era, a deutschmark was never just a deutschmark, but rather a fractional consideration of another country’s currency. Plenty of liras, francs, and kronor were available to perform “fractional math,” mainly in an attempt to calculate purchasing power of one currency versus another. Although this approach was helpful to effectively plan our summer vacations in other European countries, two things need to be considered as immediate lessons: 1) it is less favorable not to diversify currency exposure, and potentially lose global purchasing power, and 2) the risk for political planning and interventions continues to be a given; the introduction of the euro and loss of “currency sovereignty” should serve as a good example.

Currencies, from an investment perspective, still have a somewhat “mystical aura,” and are often perceived as being too risky, especially during periods when nearly everything “pro-U.S.” appears to work best. Just as Nixon’s perspective was ill-informed, research has clarified the fact that currency exposure actually has a beta and, if incorporated in traditional portfolios, can not only enhance returns, but also increase risk/reward characteristics of a given investment mix. When studying 10-year data leading up through and after the Credit Crisis, asset classes became (and for the most part continue to be) highly correlated, with many moving together in one direction. Not so for currencies, however.

Regardless of clear benefits, given the investment community’s heavy bias towards U.S. dollar positioning, including reserves held, the Bank for International Settlements (BIS) is now sounding the alarm. According to data provided in the latest BIS Quarterly Review, the mismatch of currencies is substantial in scope. The oversimplified reason is that the U.S. does not “export” enough dollars to the global marketplace any longer, thus creating a supply-and-demand imbalance. At the same time, emerging market borrowers are relying heavily on dollar-based lending instruments. Should we see a continued dollar ascent (for supply-and-demand reasons) and a diverging U.S. monetary policy compared to other global central banks, refinancing conditions would become a major issue.

Globally-minded investors need to embrace a new reality: the U.S., at this point, is providing less speculative capital to the world, not only as a consequence of a normalizing Fed policy, but also with respect to capital flows directed toward the American economy. International, non-dollar-based investments will trade at an increased risk of loss in the underlying currency, especially as it pertains to developing markets. At the same time, views need to be nuanced, as consensus opinions and “crowded trades” have a questionable track record. Whereas the short-term perspective should focus on protecting investments with currency exposure, it is time to also consider non-dollar, unhedged investments for the long run. In this respect, several currencies now appear to offer attractive value.