/sites/all/themes/penton_subtheme_wealthmanagement/images/logos/footer.png
Recent
Recent
Eight Must Reads for the CRE Industry Today (May 19, 2022)
May 18, 2022
Russian Billions Hidden in US Spur Backlash to Financial Secrecy
May 18, 2022
Mariner Wealth Advisors Expands in Michigan With Emerson Wealth Acquisition
May 18, 2022
Macquarie Alum’s GreenPoint Eyes $1 Billion for Real Estate Bets
May 18, 2022
Featured
The 10 Best and 10 Worst States in Which to Retire in 2021
Jul 15, 2021
Poll: 15 Classic Books on Investing and the Markets
Apr 03, 2020
Fifteen Must-Listen Business Podcasts for Advisors
Aug 14, 2020
Celebrity Estates: Jay Leno and Planning for Classic Car Collections
Feb 22, 2022
Viewpoints
brought to you by 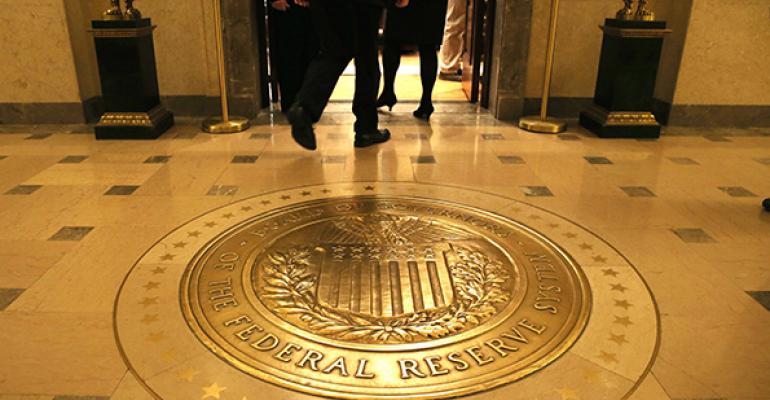 The Good News Behind GDP's Decline

As the U.S. economy maintains its momentum and with the euro zone showing signs of improvement, all eyes are now on the Fed’s next move on rates

On Friday, it was announced that U.S. gross domestic product rose an annualized 2.6 percent in the fourth quarter—a marked slowdown from the 5 percent growth we witnessed in the third quarter of 2014. But what the market took to be bad news was actually a sign of economic strength.

Falling net exports subtracted a full percentage point from GDP growth. But net exports—exports minus imports—only looked relatively weak because consumer demand for imports was so strong, growing at an annualized rate of 8.9 percent quarter over quarter. In fact, this past December, U.S. companies imported $48.8 billion worth of consumer goods, an all-time record figure.

In the fourth quarter, household consumption was the main driver of GDP growth, up by over 4 percent. This is a positive sign for the U.S. economy, particularly when considering that nearly 70 percent of economic activity in the United States stems from private consumption.

Durable goods orders, which fell by 3.4 percent in December, also rattled investors when the number was released last week. Durable goods orders is the one data set I actively ignore—it is one of the most volatile economic indicators and is often revised significantly from one month to the next. Taken in isolation, a one-month drop in durable goods orders does nothing to support the thesis of a weaker economy. Fluctuation just means some big order came through or some big order didn’t come through, and it should not move markets. That investors latched onto the weak durable good numbers is, I believe, as misguided as their take on the GDP print. Economic fundamentals in the United States remain sound.

The economic environment in Europe is also showing signs of improvement, and I expect this trend to continue throughout the year. Loan growth is picking up, quantitative easing starts in March, and while the latest Greek tragedy plays out in Athens, I expect European policymakers will be diligent in not allowing Greece to write off any of its debt for fear such an occurrence may inspire others, such as Spain or Portugal, to demand the same.

As the global economy gains strength and U.S. economic data continues to improve, investors are now likely to focus on the Federal Reserve’s next move. In an interview with Bloomberg last week, James Bullard, president of the St. Louis Fed, expressed his view that investors are wrong to expect the Federal Reserve to postpone an interest-rate increase beyond midyear, citing the decline in unemployment levels and the underlying momentum in the U.S. economy.

Bullard is a policymaker I hold in high regard and, judging by his comments, market chatter of interest rates hikes being postponed into 2016 now appears overdone. In all likelihood, given policymakers’ concern that the economy will overheat if they leave rates too low for too long, I think that a rise in rates somewhere between September and December is a fair estimate.

Import Growth Is a Good Sign for the U.S. Economy

Though fourth-quarter GDP came in below expectations at 2.6 percent, much of the apparent weakness was due to falling net exports, which subtracted a full percentage point from the growth figure. But net exports fell because imports grew at a faster rate, a sign of strong domestic demand. In other words, the same factors that are leading to a healthy growth rate in consumption, such as an improving labor market and increased consumer confidence, are also causing higher demand for imports. The bottom line is that the U.S. economy is doing very well and looks set to continue this momentum.