/sites/all/themes/penton_subtheme_wealthmanagement/images/logos/footer.png
Recent
Recent
Seven Must Reads for the CRE Industry Today (May 16, 2022)
May 16, 2022
Apollo Makes $1 Billion Bet on Indian Property With Lending Plan
May 16, 2022
McDonald’s Quits Russia as Country’s Isolation Increases
May 16, 2022
5 Simple Tips To Becoming a LinkedIn Pro
May 13, 2022
Featured
The 10 Best and 10 Worst States in Which to Retire in 2021
Jul 15, 2021
Poll: 15 Classic Books on Investing and the Markets
Apr 03, 2020
Fifteen Must-Listen Business Podcasts for Advisors
Aug 14, 2020
Celebrity Estates: Jay Leno and Planning for Classic Car Collections
Feb 22, 2022
Viewpoints
brought to you by 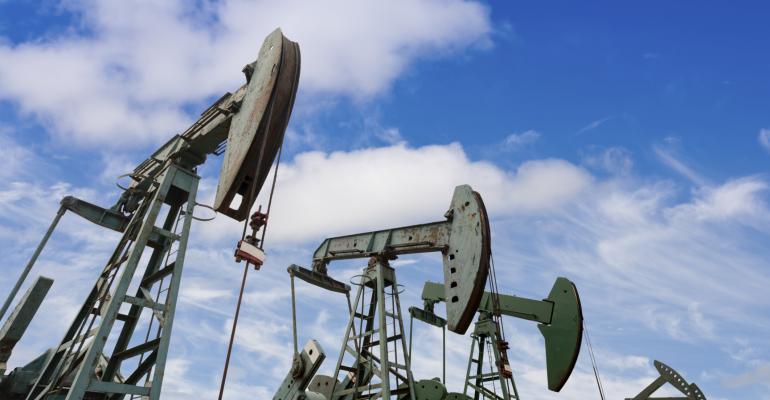 The End of Oil… and Other Things

Unlike other goods, the price formation of oil will be determined not only by supply and demand, but also in part by geopolitical considerations, and, more importantly, active price management.

The news of oil having reached a 5-year low last week is nothing but bullish for U.S. consumers and corporations. Even though the black gold has been trading below $80/barrel, down -20 percent since June, the International Energy Agency (IEA) predicts that the current price decline is not over. Needless to say, many investors remain bullish on oil in the long run, and anticipate picking up bargains in many of the energy names that have suffered in the wake of the recent consolidation. The investment case and overall macro impact, however, are rather complex.

Unlike other goods, the price formation of oil will be determined not only by supply and demand, but also in part by geopolitical considerations, and, more importantly, active price management. The Organization of Petroleum Exporting Countries (OPEC) has acted as an international price cartel since 1960, a time when the oil market was largely dominated by multinationals. For this reason, it became the stated mission for OPEC member-countries to exercise sovereignty over their natural resources. The interesting flipside of OPEC’s mission is that a cartel of countries is not considered a legal entity, and, consequently, is not subject to commonly illegal price-fixing laws.

The peak in West Texas Intermediate (WTI) crude oil reached in mid-2008 was the result of a booming world economy, and was also linked to a massive pool of speculative funds, mainly consisting of “hot money” chasing commodities. Whereas the OPEC cartel was reluctant to ease prices during the peak ascent of oil between 2004 and 2008, it is noteworthy that Saudi Arabia, OPEC’s most potent oil-exporting nation, has recently led with price concessions, despite the steep price decline of oil. Saudi Arabia’s move is said to help maintain the country's 10 percent global market share, but draws harsh criticism from other OPEC members that are dependent on higher oil prices for export revenues.

Many observers link the origins of the Arab Spring, a previous wave of civil unrest in Middle Eastern and African nations, to wide gaps in income levels and lack of wealth distribution. Whereas Saudi Arabia, likely one of the best-positioned and most stable economies in the region, has widely addressed the issue, other OPEC nations are in dire need of maximizing their oil revenues. Russia and Iran, competing with Saudi Arabia in global markets, need oil to trade in excess of $100/barrel just to balance their budgets and create the basis for shared prosperity. The disconnect is glaringly obvious, as Saudi Arabia, Russia, and Iran are all members of OPEC.

Persistently lower oil prices will also have an impact on the U.S. domestic energy sector. It is conceivable that the current shale-gas boom may lose appeal, as could commitments made to the alternative energy sector in areas such as solar and wind power. Also, think of the very fuel-inefficient pickup truck or large SUV regaining prominence, as questions will undoubtedly surface as to why it is important to pay up for a slick hybrid or electric car (i.e., aside from concerns regarding status or the environment). Very favorable long-term developments, with respect to energy conservation and alternative forms of power, could go in reverse.

The political and socioeconomic complexity, including potential for conflict related to the current price trend of oil, is something to be considered when making investment decisions. Unlike in the 1970s, the U.S. is favorably positioned to withstand another “oil shock,” which is not centered on high but low(er) prices this time around. Further, investors need to consider that price trends are rarely one-directional, and may have the potential to revert, even abruptly. Ten-year volatility readings of spot oil prices are double those measured in U.S. stocks (S&P 500), with broad movements having ranged anywhere from -70 to +150 percent. While opportunity is a given, especially in consumer-sensitive sectors, we need to brace for a buildup in geopolitical tensions, especially among oil-producing nations.