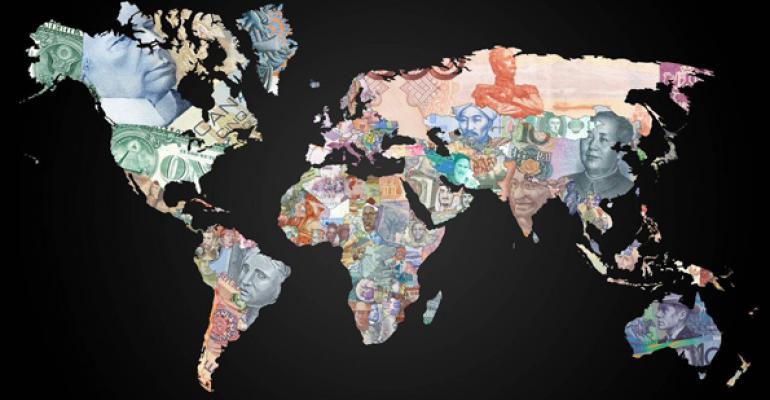 Emerging markets (EM) have fallen out of favor; long forgotten is the exciting heyday of BRIC investing, and tales of who would be the world's next superpower. To the contrary, we have convinced ourselves that the U.S. has decoupled from the rest of a sluggish global economy, and that the domestic equity story is just about to really heat up. I am not so sure. Whereas it is difficult to develop excitement around many other developed markets, especially within the gridlock of Europe, it is quite apparent that developing markets are under-owned. And whenever the herd runs one way, it is time to emerge from the dust and take a different view.

For perspective: emerging markets are still in their infancy. Retail investors started to embrace this asset choice only about 25 years ago. The MSCI EM Index, at its time of launch in 1988, represented only 10 countries and about 1 percent of global market cap; today, however, the same index captures 800 companies across 23 countries, with a combined global market cap of 11 percent. So far so good, but the real issue remaining is that, according to an IMF report from earlier this year, emerging economies contribute about 50 percent to global GDP. The apparent disconnect between GDP contribution, market cap, and investor “buy-in” is multi-faceted.

Emerging markets are in need of a new and much broader definition. Investors largely still focus on pure equity plays, rather than acknowledging the evolution of a deep and liquid market in not only EM stocks, but also fixed income and currencies. Most developing nations have moved from excessive borrowing to fiscal and monetary discipline (particularly in Asia), a basis for more favorable external financing conditions. In consequence, outstanding EM debt has reached an estimated $14 trillion, nearly one-third the size of the Barclays Capital Global Aggregate Bond Index, with the majority of the growth having taken place in local-currency issued paper.

The argument for investing in EM on the basis of higher growth rates is logical but incorrect. High growth rates may have some “predictive quality” for bond investors, but seemingly not for equity investors. For example, between 1992 and 2013, the Chinese economy grew at an annual compound rate of 15 percent, while the stock market declined by 2 percent annualized. There are multiple reasons for this disconnect, but it is imperative to acknowledge how (and if) a given stock market can actually capture a nation’s economic output, and, more importantly, how quickly listed companies are actually growing vs. how they are valued by investors.

Although EM equity valuations are attractive based on their 10-year average and compared to developed-market choices, investors need to avoid the “value trap.” Given several headwinds, including a global U.S.-dollar shortage forming, rising rates, and a continued bust in commodity markets, it is not the right time to make a broad index bet on EM; either particular country or stock selection will be the key to success. Nations with competitive labor costs, favorable balance of payments, or placed in the “tailwind” of well-to-do economies, such as the U.S., should prevail, and currently offer attractive long-term value. Furthermore, asset allocators should take advantage of the full spectrum of EM investment choices, and actively include debt and currency exposure as part of their portfolio construction considerations.