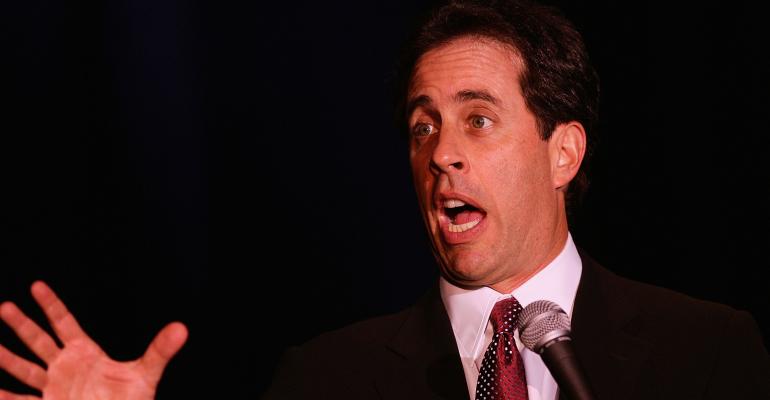 Earnings Season: A Show About Nothing

Much like the television comedy Seinfeld, which celebrated its 25th anniversary this past Saturday, July 5, 2014, the second quarter earnings season is likely to be “a show about nothing.”

The after-the-bell report from Alcoa on Tuesday of this week kicked off the start of the second quarter earnings reporting season. But much like the iconic and oft-quoted television comedy Seinfeld, which celebrated its 25th anniversary this past Saturday, it is likely to be “a show about nothing.”

Unfortunately, the earnings season in the United States is likely to be another without much excitement going on. For the S&P 500 companies, second quarter earnings are expected to grow 6.1% from a year ago. This is not nothing—but it is nothing to get too excited about. The growth rate supports our outlook for high single-digit earnings growth in 2014 and further gains for U.S. stocks. But, despite the big show that is likely to be made over the U.S. earnings season in the coming weeks, it is not likely to be all that different from last quarter (despite better economic growth).

In fact, this quarter is not expected to differ from the average quarter of the past 25 years. Since the second quarter of 1989, S&P 500 earnings per share growth has risen an annualized 6.1%—the exact same pace of growth anticipated this quarter.

No Soup for You

Sales growth is typically the hearty soup that nourishes corporate earnings growth as profit margins peak during the middle stage of the economic cycle after the recoveries in jobs and output are recouped. But with revenue growing at only 3.1% for S&P 500 companies, there is little to go around.

Given the weak sales growth, productivity cost savings and share buybacks continue to be used to thin the soup and make it go farther, driving the high single-digit earnings per share growth for S&P 500 companies in recent quarters.

Instead, the real earnings season excitement may be in Europe. Second quarter earnings per share for the European STOXX 600 index companies is expected to grow 17.7% (according to Thomson Financial data), galloping back from the declines of a year ago.

One of the biggest differences between the European and U.S. earnings growth picture is the expected earnings growth of the financial sector. In the United States, the financial sector is expected to post a minor year-over-year loss given the moderation in mortgage activity and trading, while in Europe double-digit gains are expected. The return of economic growth, improving finances, and aggressive actions by the European Central Bank to keep funding costs low and boost bond prices have helped support the earnings rebound among Europe’s banks.

To make a long story short, Europe’s earnings rebound goes beyond the financial sector—U.S. companies in the tourism, apparel, and consulting industries have recently noted improving conditions in Europe in the second quarter.

The Standard & Poor’s 500 Index is a capitalization-weighted index of 500 stocks designed to measure performance of the broad domestic economy through changes in the aggregate market value of 500 stock representing all major industries.

Jeffrey Kleintop is Chief Market Strategist and Executive Vice President at LPL Financial. In this role, he heads up the development and articulation of LPL Financial Research market and investment strategies.