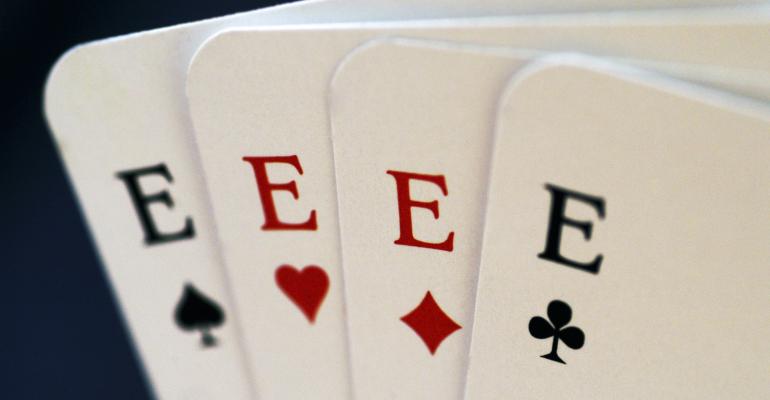 We remain firm in our view that the risk/reward for investing in most U.S. equities remains largely unfavorable.

My obsession with the letter E continues to build. Some years ago, I declared the E to be wrong (twice—part one and part two), and last May, we warned of needing to pay close attention when attempting to “buy an E”; to be sure, this was not a reference made to “Sesame Street” or “Wheel of Fortune”. In fact, it is far more serious, as most investors have kind of (conveniently) forgotten about the E altogether, especially when it comes to making thoughtful decisions on what price (P) to pay for stocks. Now, with central bank policy having reversed course, and earnings still being driven by margin expansion rather than actual revenue growth, it is this very relationship between the P and E (earnings) that should keep us concerned.

Equity markets (S&P 500 for reference) are currently priced about 5.4 percent above longer-term P/E averages (current P/E of 17.46 vs. 16.56 on average for the last 10 years), a still-common valuation measure for stocks. I understand the position of my regular critics that, in a low-yield (or zero-yield) environment, investors may be willing to “pay up” for the potential of returns and “juicier” dividends compared to income derived from even more expensive fixed-income markets, so valuations can continue to stretch further beyond long-term averages; this aside, it is hard to ignore the fact that valuations, specifically the right valuations, will drive market outcomes in the long run. Short-term prospects may be (and have been) influenced more by investor sentiment and willingness to “trust the system”—especially one that has been aided by liquidity injections. As this is not the time to rehash our previous concerns (please follow referenced links above), we are introducing yet another measure to demonstrate that the relationship of high prices and earnings cannot be sustained. One or the other has to give: P must go down or E must go up.

Although EBITDA (Earnings Before Interest, Taxes, Depreciation and Amortization) became the “black sheep” of corporate financial reporting when the dot-com crisis unfolded, it is still valuable to compare the relationship between trailing 12-month earnings and EBITDA: Leading up to the global financial crisis (1996 – December 2007), these two measures were 98 percent positively correlated, moving nearly in tandem with one another. Since 2008, however, this relationship has changed materially, showing a correlation of only 68 percent. The turning point appears to have been in the middle of 2011, as earnings per share (trailing) have grown by 27 percent since then, while EBITDA has declined by 12 percent.

To keep it fresh for our critics that will likely point to the insignificance of EBITDA today (for reasons already referenced), we need to recognize that 2011 was also the year central banks around the world went “all in” to fight a deflationary shock in capital markets. Financial conditions became so attractive (from the perspective of large listed corporations and others) that “tuning up” the E via stock buybacks and margin expansion became main drivers of earnings expansion, but not actual growth.

When analyzing another relationship—the one between earnings and the S&P 500, with a long-term correlation of 84 percent (1996-present)—investors need to recognize that the normalization of the earnings composition away from margin expansion, potentially combined with lower revenue growth, may spell trouble for equities. We remain firm in our view that the risk/reward for investing in most U.S. equities remains largely unfavorable.

Matthias Paul Kuhlmey is a Partner and Head of Global Investment Solutions (GIS) at HighTower Advisors. He serves as wealth manager to high-net-worth and ultra high-net-worth individuals, family offices and institutions.