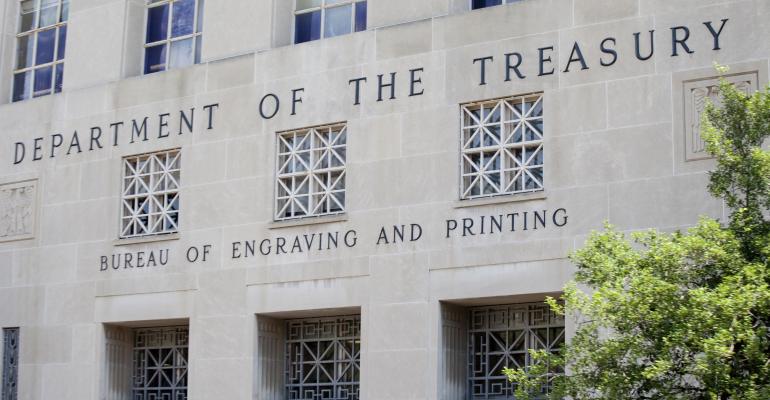 The consensus among market watchers last September was that, with U.S. interest rates so low and the U.S. Federal Reserve (the Fed) about to withdraw stimulus, interest rates would trend higher. I took a different view, writing in a commentary that “10-year rates may be heading back to 2.25 percent or lower.”

A number of factors have helped push Treasury yields lower. With yields on German 10-year Bunds dipping under 1 percent for the first time and Japanese government bonds yielding around 50 basis points, Treasuries look comparatively attractive. Add to that the perception that both the yen and euro are a one-way bet toward depreciation and it is reasonable to expect that international capital will continue flowing toward the U.S., pressuring Treasury yields down as quantitative easing draws to an end.

Tensions from Ukraine to Iraq have added to a flight-to-quality trade, boosting demand for U.S. Treasuries. With the size of incremental U.S. government borrowing also expected to decline because of shrinking federal budget deficits, Treasury yields could move lower.

My original forecast of 2.0 to 2.25 percent still seems reasonable. Nevertheless, markets do not move in straight lines, so yields could retrace to 2.5 percent in the near term. Ultimately, as rates head back toward 2 percent portfolio managers should use the rally to reduce interest rate risk.

As anyone experienced in investing in the U.S. mortgage market knows there is a phenomenon that traders call the “refi bid.” When interest rates fall, a larger percentage of mortgages become economically attractive to refinance at a lower interest rate.

Whenever a threshold is breached where a large amount of mortgages make attractive refinancing candidates, prepayments spike up dramatically and portfolios that own mortgages have a sudden surge in cash. This causes portfolio duration to shorten and leads to a need to buy longer duration assets in order to maintain the target portfolio duration. This demand surge can result in a sudden and dramatic decline in rates.

Currently, I estimate that the next “refi level” will hit when the 10-year Treasury yield drops to about 2.25 percent.

An unusual feature of this potential wave of mortgage refinancing is that the vast majority of U.S. mortgages are on the cusp of being candidates for refinancing, given the relative stability of mortgage rates over the past year or so.

Additionally, there is one dominant holder of these mortgage securities that has vowed to reinvest in new mortgages as prepayments come in—the Fed.

Traditionally, in a refinancing rally, spreads on mortgage-backed securities (MBS) widen due to increased prepayment risk and expected increases in supply. Spreads will not widen on this occasion to the same extent as during previous refi rallies for a number of technical reasons.

Among those reasons is that the Fed, the biggest mortgage investor on the block, has made clear it will reinvest principal repayments dollar for dollar. Normally, the widening in mortgage spreads mutes the impact of the rate decline on mortgage rates, slowing the pace of refinancing.

Given the likely rapidity of the interest rate decline, the potential for shortening in the duration of fixed-income investment portfolios could further intensify the current rally and lead to a more extreme decline in rates than would normally be anticipated.

Declining mortgage rates will also give a lift to housing affordability, which could help clear unsold inventories of homes and support new construction activity. This would further support the U.S. economy.

Ultimately, this expected run-up in bond prices and the associated decline in interest rates should prove unsustainable once the refinancing bid is past. For the near term, risks favor lower interest rates—perhaps sharply lower. In the medium term, as the economy strengthens further, this rally will reverse itself and will have proven to be a selling opportunity.

It is premature to sell now, but as 10-year U.S. Treasury yields approach 2 percent it should provide an opportunity for rebalancing portfolios. In other words, don’t chase the rally, but don’t fight it either. The opportunity to sell bonds is coming— but not just yet.