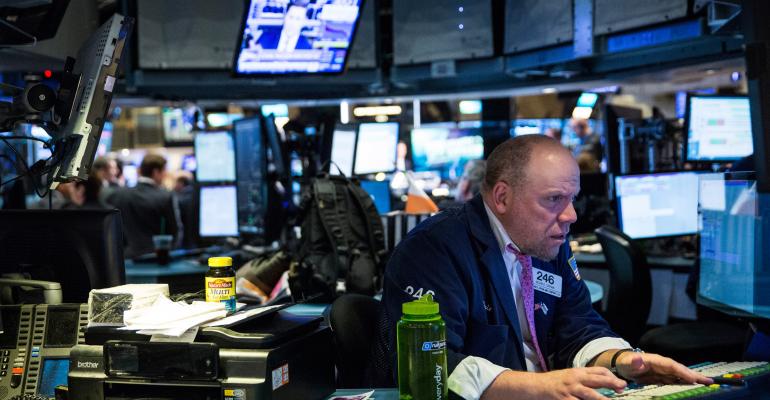 Current times mark an environment for the level-headed to embrace opportunities presenting themselves in the ugly face of volatility.

“Correction,” “deflation,” and “recession”—what ugly words. Whereas some carry the distant echo of recent financial crises, investors have to embrace a new paradigm in markets. “The only way is up” was, at best, a catchy tune, but it is not a realistic framework to guide investment decisions, especially if anchored in eager central bank support. In short summary, increased volatility and the return to normalcy, including some versions of the aforementioned “ugliness” will return to become the norm…and that is OK, as investing is ultimately not a game of simply riding a policy-induced liquidity wave.

Corrections: “Buying the dips” has been a profitable strategy over the past years, but, as mentioned, many related decisions were made trusting that accommodative policy and resulting ample liquidity could “heal” upset markets. The current correction seems not to lend itself to this strategy, even when considering last week’s return of green numbers to our TV and computer screens. Corrections and volatility are inherent parts of investing and consequently create the justification for a reward (return) by exposing capital to risk. Over the past few years, not every move to the upside was “real” by definition of value supporting it. Today, we have to accept a transition more related to investors’ collective mindset that questions whether current market levels can be supported by the real economy, rather than “risk-masking” policies.

Deflation: Inflation and deflation have been competing forces since 2008-2009, and yet dominating global trends remain clearly in the deflationary corner. The effects of a multi-decade excessive credit (and debt) super cycle are still working their way through the system, marking our times in the aftermath of the Great Financial Crisis not as an ordinary, but a balance sheet, recession. This important distinction was first introduced by Richard Koo, an economist with the Nomura Research Institute, in assessing the asset bust of the Japanese economy after a period of excessive borrowing and speculation in the 1990s. Following Koo’s logic, for the private sector to regain financial health, it is essential to repay debt and increase savings, instead of borrowing, even though borrowing may seem appealing given the availability of inexpensive money (as provided by the Fed).

Ordinary recessions, on the other hand, are anchored in the business cycle. At this point, we have to recognize that the U.S. is in the latter stages of an ongoing expansion and, as much as we wish to hold onto somewhat meager economic growth (which, in all fairness, has led us through one of the worst crises since the Great Depression), the reality is that the economy is not peaking in the traditional “econ textbook” sense. Whereas numerous market observers see a U.S. recession as a distant concept, our proprietary model suggests an increasing probability of this outcome; pairing this aspect with the normalization of central-bank policy means that the return of the “normal ugliness,” the current correction in markets, and subsequently lower nominal returns, are more than justified.

As always, there is also the positive: Not only are financial conditions still very supportive of economic growth, but valuation support for the U.S. market (S&P 500) is not far from lows experienced recently. Our message of support remains unchanged: Stay globally diversified, follow a value-driven approach, and prefer active over passive management—all embedded in a thorough financial planning framework. Current times mark an environment for the level-headed to embrace opportunities presenting themselves in the ugly face of volatility.

Matthias Paul Kuhlmey is a Partner and Head of Global Investment Solutions (GIS) at HighTower Advisors. He serves as wealth manager to high-net-worth and ultra-high-net-worth individuals, family offices and institutions.