https://www.wealthmanagement.com/sites/wealthmanagement.com/files/logos/Wealth-Management-Logo-white.png
Recent
Recent
Investing in Private Real Estate
Jan 27, 2023
Broker/Dealers Must Optimize for Service to Move Past Stagnation
Jan 27, 2023
Nine Must Reads for CRE Investors Today (Jan. 27, 2022)
Jan 26, 2023
Lacking Property Sales Data, Appraisers Look to Other Marketplace Drivers to Value Assets
Jan 26, 2023
The Healthy Advisor: Beating the Odds and a Fresh Perspective on Life With Robert Steinberg
Jan 26, 2023
Featured
The 10 Biggest Tax Crooks of 2022
Jan 23, 2023
The 12 Best Business Books of 2022 for Advisors
Nov 23, 2022
The Most-Revealing Onboarding Questions Advisors Ask
Jan 09, 2023
How Well Do You Remember 2019?
Jan 03, 2023
Viewpoints
brought to you by 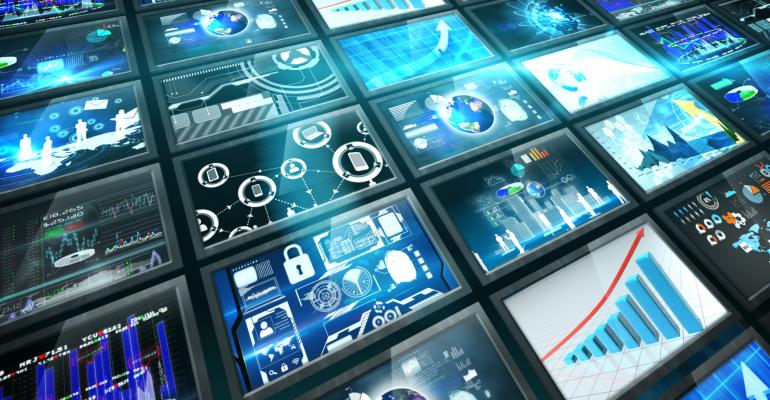 Whereas emerging economies without the commodity emphasis continue to outperform broad EM, the tactical approach to “play” a commodity recovery has also produced positive results.

A few years back, I had a crazy idea: Central banks were essentially doing a favor for one another (possibly even in coordination) by taking turns in supporting the global financial system. In consequence, ample liquidity was (and still is) being injected into the world economy at a constant rate, and, with speculative capital unleashed, every asset class, sooner or later, would have its “moment of glory.” Undoubtedly, two of the most prominent were the rise of the commodity sector and, to a degree (related), emerging market (EM) equities. Set aside the fact that we called the imminent onset of the commodity bust (in our 2011 publication, Fairytales), we also have (ever since) warned of the inherent and ongoing “entanglement” of commodity performance and EM price formation – a relationship which has yet to be resolved.

First, it is time to issue ourselves a “scorecard,” as we suggested in Don’t Forget Your Shopping List that there still is a case to be made for an investment in EM, but that not all emerging markets are created equal, especially when considering performance of equities during an ongoing consolidation in commodities. From our original October 2015 update:

“Investors have basis for two investment opportunities: 1) for those expecting a recovery in commodity/energy prices, some EM markets have simply been “crushed” in the path of the more recent global equity correction, and consequently may offer discounted value in the long run. Periods of intense volatility, however, have to be anticipated, especially if respective economies are paired with current account deficits; 2) another, likely more sensible, approach in creating an allocation to EM is to deemphasize highly volatile commodity markets and related economies, and instead focus on developing nations with a strong manufacturing base, paired with favorable socioeconomic trends and limited funding needs.”

In early summary, both ideas worked: whereas emerging economies without the commodity emphasis continue to outperform broad EM, the tactical approach to “play” a commodity recovery has also produced positive results. With the latter likely not a reliable approach for strategic asset allocation choices, the question remains if the overall basis for emerging market investing still remains intact.

When comparing the delta in price performance between developed and emerging equities, there may be a “bottoming process” occurring that would clearly favor emerging markets, if it is sustainable. In fact, the last time this level was seen coincided with the first dedicated central bank intervention in public markets following the dotcom bust of 2000/2001. We can make the argument that the outperformance of EM that followed over the next 10 years (up until 2011) was mainly the result of accommodative monetary policies and a related soft-dollar policy, largely benefiting non-dollar denominated assets, including commodities; this in mind, the current environment seems to be an opportunity to test whether or not emerging economies can “stand on their own,” based on socioeconomic developments and capital flows that are truly representative of investment, rather than being speculative in nature.

We view today’s emerging markets to be far more of a “pure play” compared to the previous ten years, as speculative capital may have provided relatively “steroidal” growth to many EM economies (see chart), especially in equity markets and real estate. Although the current advance in emerging equity markets may be overextended (due to a cooling global economy), the long-term prospects still appear to be attractive.

Matthias Paul Kuhlmey is a partner and head of Global Investment Solutions (GIS) at HighTower Advisors. He serves as wealth manager to high net worth and ultra-high net worth individuals, family offices and institutions.