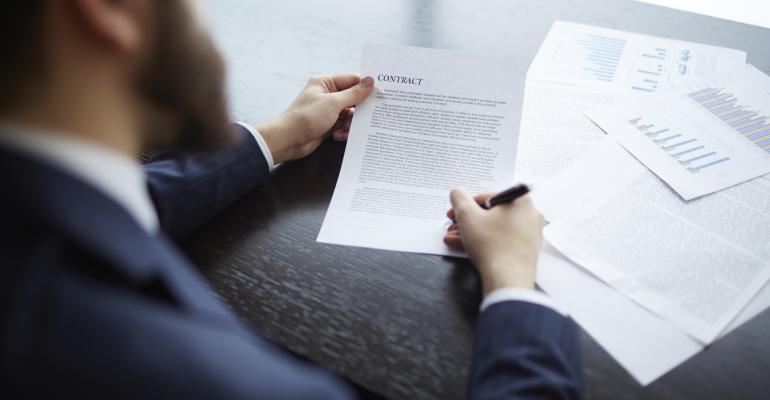 A Contract with Myself

The world of investing was picturesque until last week, when global markets became engulfed in significant volatility. From a long announced Argentine default, to geopolitical tensions and a “fat finger” trading mistake resulting in a significant price dislocation of a prominent high yield ETF, recent events are a harsh reminder that the direction of financial markets are neither linear nor without risk. This very reality continues to be more commonly absent from our collective minds, not only because global central banks have “massaged” risk outcomes, but also due to the lack of acceptable investment alternatives to stocks.

To simply follow mainstream media aspirations in labeling current market conditions as attractive is based on a misunderstanding of the topic and possibly a false claim to begin with. The bottom line is that the price-to-earnings valuation (aka “PE ratio”) of the S&P 500 is currently trading at a 16.1x multiple (12-month-forward-looking Bloomberg estimate), and it recently even exceeded the PE ratio seen pre-financial-crisis in 2007  ̶  certainly not a bargain in historical comparison. While U.S. corporations continue to beat earnings estimates on the top and bottom lines, it is a given fact that increasing profit margins, not necessarily growing revenues, continue to drive the earnings expansion, potentially indicative of a less robust economy.

The IMF echoes this view, and has recently adjusted the long-term growth potential for the U.S. Economy to an anemic 2%, paired with the related need for a continued low-rate environment. Given the dire outlook, the IMF even ventured into political topics and suggested the need for labor reforms (increase of minimum wages) and infrastructure investments. Our concerns, evidently, are grounded in the fact that equity markets, as a reflection of economic “health” and activity, should not outperform the real economy, at least in the long-run.

While the argument can be made that a continued low-interest-rate environment will be beneficial to equity investments, we need to be reminded that current asset prices have reached lofty levels mainly because of central bank activity, and only to some degree on the basis of an improving economy and overall financial framework. With the Fed’s ongoing reduction of accommodative measures (“tapering”), it is worth recalling that after the end of QE1 and QE2, markets (when measured by the S&P 500) dropped about 20% before recovering.

There are also some positive elements and potential opportunities in our assessment. As investors will hardly succeed in timing markets with their related allocation choices, given the uncertainty of outcomes, it is suggested to follow a stringent financial planning process that guides portfolio construction. I like to think of this process as entering into a “contract with myself,” allowing for the proper placement of assets related to spending-based needs and goals, rather than numeric return aspirations, which are often simply derived from feelings of what the right number “should be.”

Aside from clearly defined needs and aspirational goals, which are typically inputs of a good financial plan, investments can also be formed on the basis of thematic “plays.” During periods of market volatility, it will be easier for investors to stay engaged with money placed in well-researched, long-term trending opportunities, rather than with investments in “something” that were established out of misunderstood necessity. Examples of such thematic opportunities are the need for global infrastructure spending, a forming U.S. energy independence, and the undoubtedly related U.S. manufacturing renaissance.

The suggested “contract with oneself” will, first and foremost, establish the basis for a detailed framework of accountability, clearly defining the “Dos” and “Don’ts” of an active wealth management engagement. Clients and their advisors, both integral parties to success of such an endeavor, will be measured to a different standard, rather than becoming part of the more commonly accepted “don’t worry about it” approach.