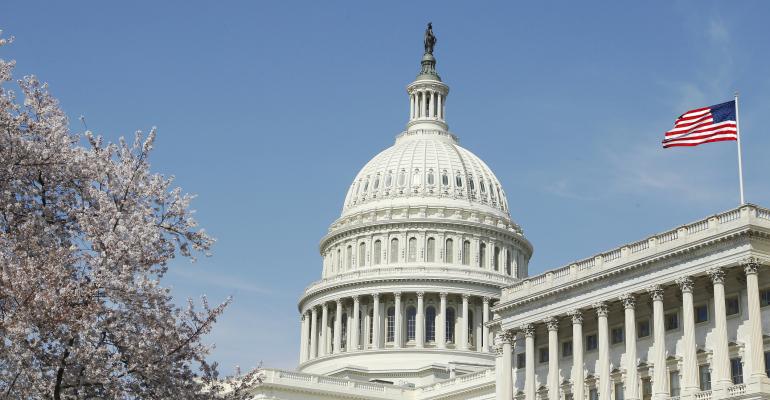 If a tax holiday is enacted and the repatriated funds by multinational corporations are used to buy back shares or retire debt, it could potentially act as a very potent market stimulus equivalent to the height of the Fed’s QE3.

This past Sunday marked the 45th anniversary of the Apollo 11 moon landing, when American astronauts Neil Armstrong and Buzz Aldrin became the first to set foot on the moon. If they had stayed there, what would their tax rate have been?

The number of U.S. corporations seeking a “tax inversion” seems to be soaring to the moon. An inversion is when a U.S. company acquires another based in a country that has a lower corporate tax rate and moves its tax jurisdiction to that country in order to pay a lower corporate tax rate on profits made outside the United States—profits made inside the United States are still taxed normally.

As you can see in Figure 1, taxes paid by U.S. corporations as a percent of gross domestic product (GDP) have lagged the growth in pre-tax profits. This is due, in part, to more and more income being earned overseas where corporate tax rates are much lower. With an increasing percentage of S&P 500 profits coming from outside the United States, more companies are considering a tax inversion. Companies as varied as Charlotte, NC-based banana producer Chiquita; Deerfield, IL-based drugstore chain Walgreens; and Minneapolis, MN-based medical device-maker Medtronic—among others—have all sought to move their tax jurisdiction overseas this year.

Despite last week’s letter from Treasury Secretary Jack Lew to the leaders of the tax-writing committees urging them to address tax inversions, there appears to be little likelihood that Congress will take action to limit inversions unless part of broader tax reform. After today, the House is scheduled to be in session for less than 20 more days before the mid-term elections, leaving too little time for substantive tax reform.

However, that does not mean there is no way to get some of the cash held overseas back to the United States. There is a chance for a repatriation tax holiday. In fact, a number of lawmakers have indicated that they believe a tax holiday for profit repatriation is a possible solution to funding the shortfall in the Highway Trust Fund (HTF), which is on the verge of having to delay payments to states for road projects. The gasoline taxes that fund the HTF have been insufficient due to falling gasoline consumption. Congress quickly needs to provide at least a temporary funding source.

In 2004, Congress enacted a tax holiday for U.S. multinational companies, allowing them to repatriate foreign profits to the United States at a 5.25% tax rate. Under this law, 843 corporations brought $362 billion back to the United States, much of which was used to repurchase stock. Now, the potential amounts that could be repatriated are much larger and could near $2 trillion.

If a tax holiday is enacted and the repatriated funds by multinational corporations are used to buy back shares or retire debt, it could potentially act as a very potent market stimulus. The impact of a $1 trillion or more reduction in the number of shares or bonds in the market could be akin to another round of the Federal Reserve's (Fed) quantitative easing (QE) bond-buying program that is now nearing its end. The Fed's QE3 program at its height was purchasing $85 billion in Treasury and mortgage-backed bonds per month, or about $1 trillion per year. A surge of repatriated dollars to the United States beginning later this year just as the Fed is likely to be ending its QE program could extend stimulus to the U.S. economy and markets.

Jeffrey Kleintop is Chief Market Strategist and Executive Vice President at LPL Financial. In this role, he heads up the development and articulation of LPL Financial Research market and investment strategies.