https://www.wealthmanagement.com/sites/wealthmanagement.com/files/logos/Wealth-Management-Logo-white.png
Recent
Recent
Nine Must Reads for CRE Investors Today (Jan. 27, 2022)
Jan 26, 2023
Lacking Property Sales Data, Appraisers Look to Other Marketplace Drivers to Value Assets
Jan 26, 2023
The Healthy Advisor: Beating the Odds and a Fresh Perspective on Life With Robert Steinberg
Jan 26, 2023
The Price Is Right for Morgan Stanley Bankers’ WhatsApp Lapses
Jan 26, 2023
Blackstone Gets Extra $500 Million From University of California
Jan 26, 2023
Featured
The 10 Biggest Tax Crooks of 2022
Jan 23, 2023
The 12 Best Business Books of 2022 for Advisors
Nov 23, 2022
The Most-Revealing Onboarding Questions Advisors Ask
Jan 09, 2023
How Well Do You Remember 2019?
Jan 03, 2023
Viewpoints
brought to you by 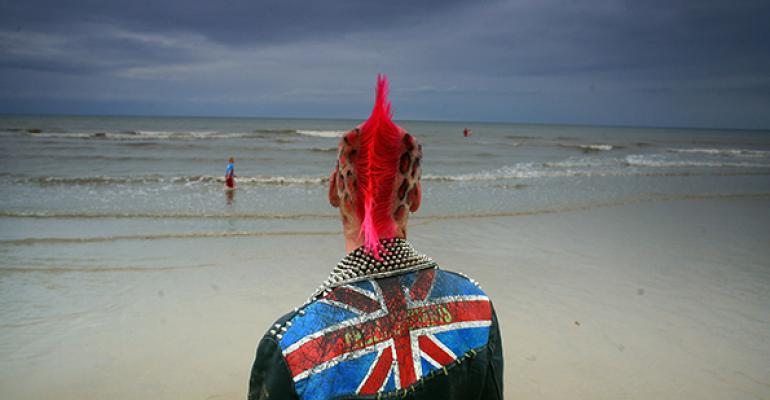 Europe, these days, appears to be nothing short of a dysfunctional mess and, at best, good for a relaxing vacation. Adding to this rather harsh view is the fact that political gridlock has exacerbated the woes of the global economy and made financial markets more volatile. While now seemingly in the distant past, the 2011 European Debt Crisis was once considered worse than the 2008/2009 fallout; ever since, developments have appeared to resemble the movie “Groundhog Day,” with European progress stuck in a repeat pattern, including market participants fearing the next proverbial shoe to drop.

Grexit, not long ago considered to be the prototypical downfall of the “European idea,” or at least marking the beginnings of it, has now been replaced by Brexit, the possible departure by Britain (instead of Greece) from the European Union (EU). Ironically, conditions similar to current developments, including outwardly hostile advances, are quite common and have historically accompanied central disagreements around unions, whether political, fiscal, or monetary in nature. Fighting for nationalistic ideals while bridging common interests is the quintessential challenge of today’s Europe, yet it is nothing far from what has been accomplished before.

New research suggests that studying American history (i.e., the creation of likely the only union that has shown sustainability) reveals three fundamental “ingredients” to success: 1) time is essential in shaping ideas and consequent adaptation – consider that it took the U.S. nearly 75 years to adopt a single currency after its constitution and another 50 years before a central bank was formed; 2) the right balance must be achieved between bail-ins/bail-outs of federal states and banks, paired with the right focus on creditors and debtors; and 3) there needs to be a constant validation that a union is more than just the sum of its parts, with federal (and/or designated) institutions pursuing this objective and being appropriately positioned for it.

The EU’s issues and design flaws can be nicely summed up under the above “three-point model,” especially with respect to one of the main differences compared to the U.S.: Europe has formed a political and monetary union without establishing an exemplary “transfer mechanism” anchored in a functioning fiscal union. Whereas personally, I have my own concerns over generous transfer elements, given the incongruence of its member states in economic performance and contribution to the EU, the path forward must be all or nothing; this disparity (and related political balancing act) is exactly what is currently being “played out,” likely with more uncertainty and consequent market volatility to come.

Considering the U.K.’s position within this debate is a particularly interesting undertaking, in that it appears as if pro-Brexit political leaders and supporters are “overplaying” their hand. Not only would the economic fallout of the Brexit be significant – with an estimated reduction of Britain’s economy between 3 and 7 percent by 2030 – but a nation with only 1 percent of the world’s population and 2.5 percent contribution to global GDP (2014 figures) is seemingly better positioned to pursue interests more broadly through the forum of the EU, which is currently an economic powerhouse of 500 million people and $18.5 trillion in GDP (for reference, the U.S. is at $17.5 trillion). At this point, political posturing may just be the equivalent of breaking paper plates, but it ultimately could be helpful in fueling the mission to make Europe better.