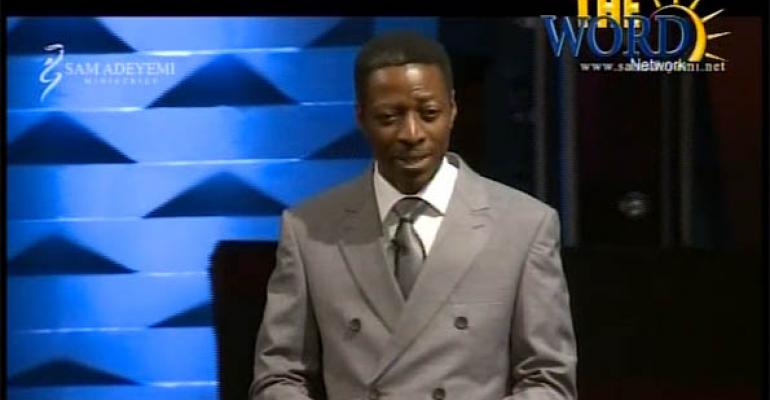 Valuation Lessons from Estate of Adell

It’s not unusual in a tax dispute to have experts with varying opinions about the value of a business.  It’s unusual, though, to have an Internal Revenue Service valuation that’s more than 21 times higher than the plaintiff’s valuation.

The Tax Court accepted the $9.3 million valuation.  The opinion is the third Tax Court case involving the Adell estate, and there’s a good chance there will be more.

The case revolves around The Word Network (the Word), which bills itself as “the largest African-American religious network in the world,” and which appears to operate mostly through an Internal Revenue Code Section 501(c)(3) non-profit entity.  However, the Word apparently has funneled the vast majority of its revenue (from cable uplink services for various megachurches, mostly also non-profit entities) to STN, which is a privately-held, for-profit entity.

This arrangement may be of interest to someone at the Tax Exempt Organizations Division of the IRS, but the Tax Court merely notes that: “the Court will not discuss whether The Word’s sec. 501(c)(3) exemption was at risk of revocation because of … private inurement.”

STN’s sole business was providing uplink cable services for the Word, which became a successful network because of the contacts that Franklin’s son Kevin had with urban clergy. In 2010, Kevin transferred the Word’s business to International Broadcasting, a separate company he owned, and all but one employee of STN resigned. The taxpayer challenged the value the IRS placed on STN, resulting in the case before the U.S. Tax Court.

Franklin controlled STN before his death in 2006, Kevin, controlled it after Franklin’s death and the family also apparently controlled the Word. STN’s value is entirely dependent on the revenues of the Word, as STN had no other customers.

Legally, STN had no way of being profitable, as its contract with the Word specified that the Word would pay STN the lesser of: (1) 95 percent of the Word’s revenue, or (2) STN’s expenses.  Yet, as the court notes, STN had a history of being very profitable, both pre- and post-date of death (DOD), and the limitation on revenue seems never to have been enforced.

In addition to the profits of STN, family members received substantial compensation (up to $9 million annually, during the peak year) and some nice perks, including Bentleys, Rolls Royces, a yacht with crew on STN payroll, litigation expenses covered by STN and real estate maintenance.

Yet again, STN was entirely dependent on the Word and on the services of Kevin, whose contacts with churches made the operation possible.

Kevin, not the estate, owned International Broadcasting. Thus, with the stroke of a pen, the value of STN was reduced to almost nothing.  However, none of this was foreseeable as of the DOD.

Agreeing to a Valuation

So how does the Tax Court solve these problems?

In addition to finding that the $9.3 million in the original report was an admission, the court notes that the first valuation is also supported with contemporaneous management discussions and plans for capital expenditures, which wouldn’t have made sense if everyone expected STN to shut down.

Most importantly, the court seems to have placed substantial weight on STN’s actual profits, rather than on the legal limitations to its ability to make a profit. The $4.3 million value in the two other valuation reports submitted by the estate and supported with expert testimony were based on the value of STN’s assets in liquidation.  However, as of the DOD, there were no plans to liquidate the company.

So, why say that the liquidation-based estimate is plausible? Because a hypothetical willing buyer of STN would have investigated its contract with the Word and discovered that its revenue was limited to cost. A buyer would also have considered Kevin’s role and the fact he had no employment contract or non-compete.

The court doesn’t consider the possibility that Kevin, as an officer of STN, may have owed STN duties of care and loyalty even without a contract and that those duties may have constrained him when considering transferring his relationship with the Word from STN to International Broadcasting.  A buyer would almost certainly have insisted on a contract nevertheless.

After the court’s rejection of the asset liquidation approach, the remainder of the dispute hinges on the value of Kevin’s personal goodwill and what compensation would be reasonable. The IRS’ appraiser put no specific weight on personal goodwill and allocated only $1.3 million, or 8 percent of revenue, as Kevin’s reasonable compensation.  This is how he arrives at a $26.3 million value for STN.

For most managers of small, private companies, $1.3 million a year might be reasonable. However, the court concludes that Kevin’s services were worth more than that. And his personal goodwill, which isn’t an asset of STN, was crucial to the future of STN, as was amply demonstrated later.

Thus, the court stuck with the original valuation of $9.3 million.