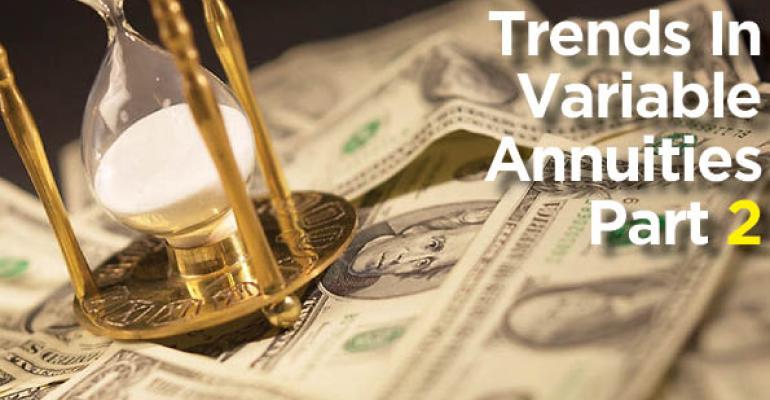 Two-thirds (66%) of advisors surveyed do not believe the new rules will impact their use of variable annuities.

The new ERISA fiduciary rules issued by the Department of Labor have triggered a good deal of debate across the financial services industry. Yet two-thirds (66%) of advisors surveyed do not believe the new rules will impact their use of variable annuities. This percentage was consistent both across industry channels and between those advisors who are less inclined to use the product (68%) and those who are more inclined (64%). Even so, advisors were 10 times as likely to expect a decrease in use compared to an increase in use as a result of the new rules.

Advisors offered a few reasons for their expectation of little to no impact, including an assumption that the rule changes would drive pricing changes or changes in the products themselves that would maintain current levels of usage. Others believe that their disclosure and use of the products adequately meets the new fiduciary standards. A wirehouse-based financial advisor with 16 years of experience believes variable annuities will continue to have an important role regardless of the new rules: “Clients need to protect their income for their retirement years, and the ability to grow their assets with the safety net of the insurance, which a variable annuity offers, is critical to their participation in the market.”

Next Part 2 of 4: Issuer Quality Rules the Day