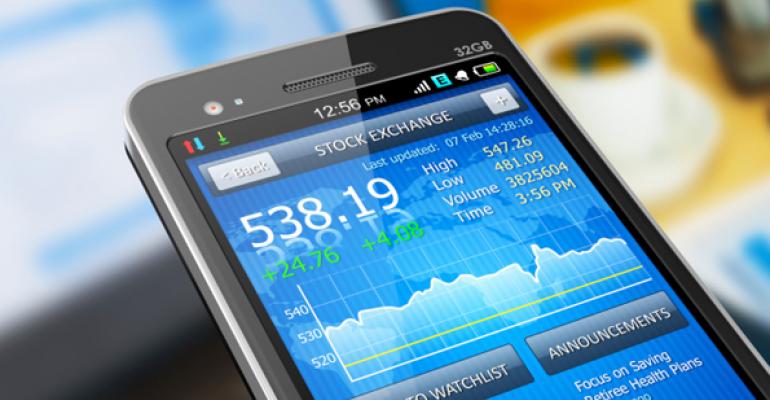 What Technology Do Clients Really Want From Advisors?

Robo advice is all the rage, but a Salesforce study suggests advisors could get more value from mobile apps and collaboration tools.

Robo advisors dominate a lot of headlines, and advisors are constantly told they need to adopt digital advice technology to remain competitive. But outside of the industry, just how much traction are these products getting?

According to a new survey of nearly 2,200 U.S. adults across all ages, only 3 percent were using a robo advisor to manage money. Twenty-eight percent work with a financial advisor (the number jumps up 37 percent among baby boomers), but most just do it themselves.

If investors aren’t turning toward algorithmic advice, the data does seem to indicate other areas where technology can improve the advisory experience. When asked what makes an advisor the right fight, trusting their judgment was the most popular answer, followed closely by accessibility (69 percent and 68 percent of responses, respectively).

Yet most investors only communicate with their advisors once a quarter, and a third said once a year or less.

That communication is primarily done via phone calls or in-person meetings, and half of investors said they would like to collaborate more with their advisor.

Take the results with a grain of salt, as Salesforce provides client relationship management technology, but there does seem to be a consumer appetite for digital communication and collaboration tools.

This is especially true for younger investors. Half of millennials said they are required to schedule in-person meetings with their advisor to make changes to their investments, despite 44 percent reporting that they would like the ability to make changes on a mobile app. This generation also expressed interest in receiving personalized emails or text messages related to their financial goals or market changes, and data-driven predictions on portfolio performance.

Only 41 percent of millennials said they were interested in automated investing, but they were also nearly eight times more likely than baby boomers to be open to the idea of replacing an advisor with an AI-driven robo advisor.

Fifty-nine percent of investors across demographics also cited “a clear understanding of both my own and my family’s goals” as a reason why an advisor would make a good fit, but only 54 percent said their advisor is aware of their savings goal. Less than half said their advisor knew when they wanted to retire.