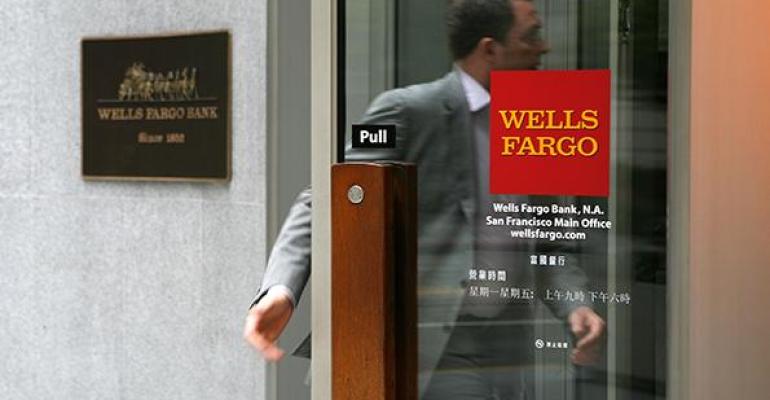 Wells Fargo Introduces Rebalancing Tool, But Is It Playing Catch Up?

The firm says the tool will help advisors keep client portfolios aligned with risk, but others wonder if Wells Fargo is late to the party.

As markets continue to rise, the Wells Fargo Investment Institute says rebalancing remains a low priority for investors, potentially adding unwanted risk to client portfolios. One study shows that just 40 percent are rebalancing in anticipation of a market correction.

The firm is encouraging advisors to rebalance portfolios to keep them aligned with client goals and risk tolerance, and Wells Fargo Advisors is piloting a new digital account rebalancing tool called ART to help. Advisors can use ART to review client information and forecast returns, run scenarios to see how allocation changes impact forecasts, and obtain recommended buys and sells needed to rebalance the portfolio. WFA plans to release the tool in the first quarter of 2018.

But some in the industry wonder what took Wells Fargo so long. For example, Orion Advisors Services has offered rebalancing since 2001, according to CEO Eric Clarke, and has attracted 700 firms running $300 billion in assets through it.

“Sounds to me like they’re so far behind on technology that they think this was ‘new’ when it’s not,” said Michael Kitces, co-founder of the XY Planning Network and industry blogger at Nerd’s Eye View.

One explanation is that large firms like Wells Fargo rely on legacy technology systems that make it harder to develop and integrate new technology.

Apex Clearing, a relatively new firm with fewer resources than a giant like Wells Fargo, went live with its rebalancing tool, Equilibrium, earlier this month. Sam McIngvale, Apex’s head of innovation, said the tool was built for both new entrants into the digital advice space looking to automate more than just investment management, as well as independent registered investment advisors looking to offer a digital product to clients.

He added, because Apex’s tech stack is built on a modern, API-based technology infrastructure, it can develop new tools more quickly, integrate them better with other products, scale them to large amounts of clients, and allow advisors to easily plug it into whatever wealth management technology platform they use.

Kitces also pointed out that even though rebalancing technology has been around for awhile, advisors have been slow to adopt. The technology first came to the independent RIA channel and later went to broker/dealers, and Kitces cited studies showing usage of rebalancing software only crossed 50 percent a year or two ago. “And I suspect not all of those even use it well,” he added.

David Lyon, the CEO of Oranj (a client engagement technology that included a rebalancer in its recent MAX product), confirmed Kitces' assertion, saying he never used trading or rebalancing software in his 11 years as an advisor because he wasn’t really educated on it.

“The offering has to be a little more robust than just creating a trade and execution file,” Lyon said.

Toolan claims ART is unlike any other digital rebalancing products on the market, and that the company has patents pending on the underlying technology. In addition to both automatic and manual rebalancing, Toolan said ART allows for a limit on trades. So if an advisor can only make one, it will determine the single best trade. If the advisor can make two, it will show the best two, and so on.

Advisors can also tailor ART to recommend products the client is already comfortable buying. For example, if a client is more experienced with mutual funds, ART will rebalance the portfolio using mutual funds rather than individual securities or exchange traded funds.  Advisors can also put in investment products not recommended by the software to demonstrate to a client how it would impact the portfolio.

Another advantage, according to Toolan, is ART draws from the research and model portfolios from the Wells Fargo Investment Institute. Toolan said this gives Wells Fargo advisors access to best-in-class fund asset managers for an “extra layer of due diligence” to help comply with fiduciary rules.

“It’s more than just modeling, more than just rebalancing back to an asset allocation,” Toolan said. “[ART is] the right balance of automated with cost. Advisors can make that decision with their clients rather than force a fully automated solution.”

But Clarke said Wells Fargo still falls short of many features independent advisors enjoy, such as rebalancing across multiple custodians. He echoed McIngvale’s thoughts on the advantages of application programming interfaces, saying they allow advisors to customize how they integrate new tools into their overall tech stack.

“While Well Fargo’s new rebalancer may be innovative in terms of the solutions they provide to their advisor base, this type of technology has been table stakes for independent RIAs for years,” Clarke said. “When we see news of a firm like Wells Fargo announcing a new portfolio management technology, we can’t help but wonder what drives their decision to build instead of partner.”