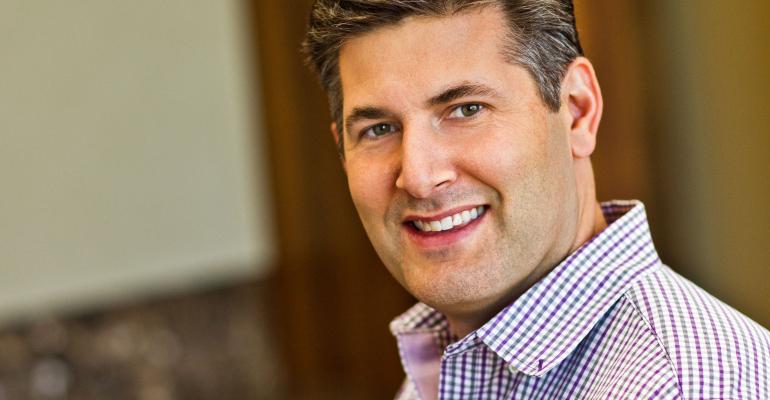 On Thursday, Wealthfront CEO Adam Nash revealed what he calls Wealthfront 3.0, the latest version of the automated investment advisor built for increased artificial intelligence and the integration of modern application program interfaces (APIs).

Nash believes AI could have an even bigger impact on the financial services industry than automated advice. On the Wealthfront blog, Nash said the “entire fabric of the financial system will be rethought, redefined and rewired,” and he says the time to start preparing for that future is now.

“We are entering the realm of building our platform for the future,” Nash told WealthManagement.com. “[We have] a huge opportunity to deliver financial advice that’s deeply personalized and relevant while getting a platform in place for AI’s increasing role.”

In addition to looking for fees, tax loss harvesting and cash drag, Wealthfront’s AI will track actual account activity and automatically apply that behavior to the advice Wealthfront delivers without more questionnaires.

“The reason is quite simple: actions speak louder than words,” Nash said. “Observed behavior can’t be fudged on the phone or lied about in person. More importantly, observed behavior may reveal insights about ourselves that we aren’t even consciously aware of.”

For example, Nash said the algorithm would better help users know if they have enough cash in their emergency fund by tracking every transaction a user makes. It would also help determine whether they are too heavy allocated in one certain stock by looking at outside brokerages.

The update features a new dashboard that Wealthfront said gives a projection of net worth designed to orient users toward their long-term goals and updates with relevant, data-driven advice.

Wealthfront is also taking a different approach to API integration. Keeping with its motto of remaining a direct-to-consumer company, Wealthfront 3.0 integrates with companies that millennials, rather than advisors, are using. Venmo integrates to better track how users spend money, and Redfin brings the individual’s home value into the financial plan.

The companies also have integrations available for Coinbase, a bitcoin wallet and Lending Club.

As competing startups have released white-label versions of their technologies and traditional firms have created their own robos, Wealthfront has remained an independent firm and criticism of its business model has intensified. Reports of slowed asset growth have led industry commentators to argue that Wealthfront is a “dead robo walking” and Bloomberg recently covered a story that robo advisors “could never replace” human advisors.

Nash says that while Wealthfront used to heavily promote its own rapid asset growth (a Wealthfront spokesperson said the firm now manages well over $3 billion), he believes the criticism is misguided. He doesn’t see Wealthfront as a new firm competing for assets with Vanguard or Schwab, but rather as a new technology company building a business for future clients.

Nash also likes to point out that firms like Vanguard and Schwab didn’t achieve $3 billion AUM in their first years, but grew up with the baby boomer generation over the last three decades. Nash expects Wealthfront to do the same with millennials.

A more apt comparison, Nash believes, would be Netflix, a company predicted to be die in 2002 when companies like Walmart started providing mail-order DVDs, but instead refocused on streaming video.

“We understand that many older investors who meet the high minimums of the traditional industry will continue to find more comfort in a personal relationship with a traditional advisor, and we respect that,” Nash said, citing a Deloitte University Press study that shows baby boomers will continue to own the majority of wealth through 2030. “However, we are building our service for a new generation of investors and designing it to grow with the profound capabilities we expect from intelligent services in their lifetimes.”

The new features will roll out across Wealthfront’s website and mobile app over the next two months. New features will be optional for investors, but will be included in the platform’s current cost.