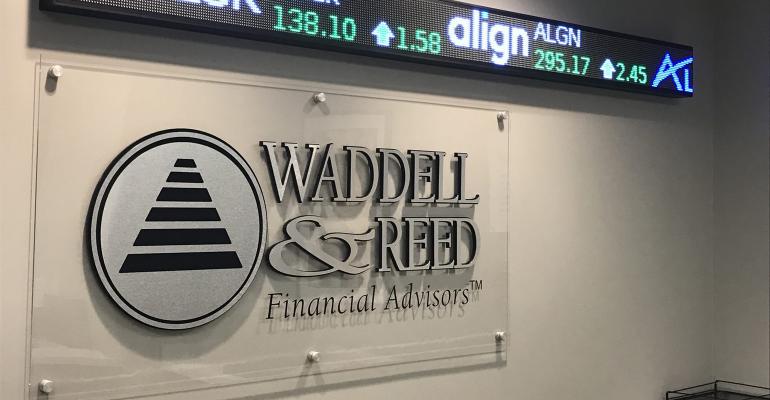 Eager to provide its advisors with better connectivity, Waddell & Reed is building a desktop "hub."

Nearly four months after announcing an agreement with Refinitiv to deploy Thomson ONE to its advisors as a desktop "hub," Waddell & Reed launched WaddellONE today to its over 1,300 advisors and advisor associates, according to the firm. The platform will give advisors "direct connectivity" to "several" of the firm's tech partners, including eMoney, Envestnet (which the firm partnered with in 2016) and Albridge Wealth Reporting.

A test group of financial advisors has been working on the WaddellONE platform for the past two months, providing insight and adaptations that could be implemented, according to the company. “The feedback has been valuable, extremely positive and it validates the progress we’ve made in the last several months to consistently build a stronger advisor experience and support system across the firm,” said Shawn Mihal, president of the firm. The platform is part of a larger initiative, the Business Administration Program, that will add improved reporting, more robust analytics and an easier-to-use business submission process for advisors by the end of next year.

Thomson ONE has been around for over a decade and was designed as an enterprise solution for brokerage firms and is marketed as having more than 500 client and third-party integrations that serves more than 170,000 users.

The company is “focused on improving its advisor experience through technological enhancements,” according to the announcement. Advisor and advisor associate headcount dipped nine percent year-over-year from 1,497 to 1,367, according to the firm’s most recent quarterly filings, and although net new advisory assets were positive, they were also down 44% from the previous year, from $392 million to $220 million. The firm is hoping the “incremental series of enhancements” will make it easier for advisors to grow their asset base.

At the time of publication, Waddell did not provide details on the cost of the development or how much of the WaddellONE platform was designed and developed by Waddell and how much was existing Thomson ONE technology.