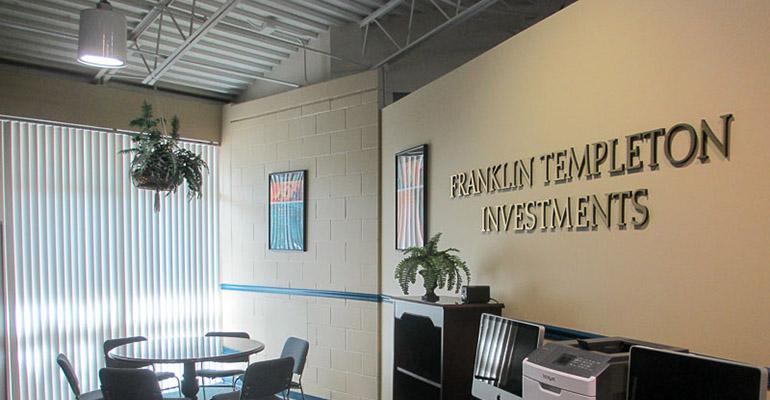 Relying on a mix of APIs, special methodology and a tech-forward attitude, Vestwell and Franklin Templeton aim to give advisors more control over managed retirement accounts.

In fact, that “native” integration is what separates this partnership from other solutions, said Forstater. The vast majority of managed advice is provided via a “pop out” from a wealth management platform.

“Very few providers have actually built [managed advice solutions as] core into their record keeping system,” he said, noting that Empower Retirement was one firm that did. “What we're doing is leveraging that same Goals Optimization Engine that Franklin Templeton is using with [automated investing platform] Tango, but we're leveraging it within the retirement plan.”

“The open-architecture solution is delivered as an Advisor Managed Account,” added Forstater. “Advisors can completely customize the investments based on their unique perspective and fiduciary role as 3(38) Investment Manager.”

At the most basic level, Vestwell will collect individual clients’ demographic and basic financial data from payroll providers and feed that into Franklin Templeton’s GOE, said Forstater.

Then, like a sophisticated switchboard, the GOE crunches the inputs and places end-clients into a suitable collection of investments based on those inputs. Advisors can customize the funds and investments into which the GOE places clients, allowing the advisor control over the investment selections. They don’t even have to select Franklin Templeton funds, according to Forstater.

“It was really a complementary set of experiences,” he said.

With the GOE doing the heavy lifting, advisors will be able to offer a “custom” solution in a managed account, at scale.

“Enabling plan advisors to deliver institutional-quality, personalized, cost-effective advice to Americans in the workplace is our focus,” said Yaqub Ahmed, head of U.S. retirement and insurance at Franklin Templeton, in a statement. “We want to equip advisors and investors with innovative tools and technology to achieve that goal at scale.”

In announcing the partnership, Vestwell also sheds more light on Franklin Templeton’s plans for its technology. The partnership serves as one of the first major third-party implementations for GOE technology.

While Vestwell’s partnership with the asset manager represents a use case for advisor managed accounts, the feature previously emerged as a critical component in Franklin Templeton’s automated investment platform Tango, primarily designed as a solution for taxable or individual retirement accounts, said Forstater.

In September, Franklin Templeton committed to bringing its GOE tech to the defined contribution industry, via a partnership with NextCapital. The asset manager, after buying AdvisorEngine, wanted to provide access to the tech through its acquisition’s platform as well.

Other potential partnerships could emerge to handle HSAs, 529s or other account types that advisors offer and could benefit from a scale-friendly approach, according to Forstater.

Vestwell is aiming to roll out its user interface to select users by early April, after a period of beta testing, Forstater said. He noted that certain existing clients will get an early look at the feature, before it hits the general marketplace sometime mid-year.