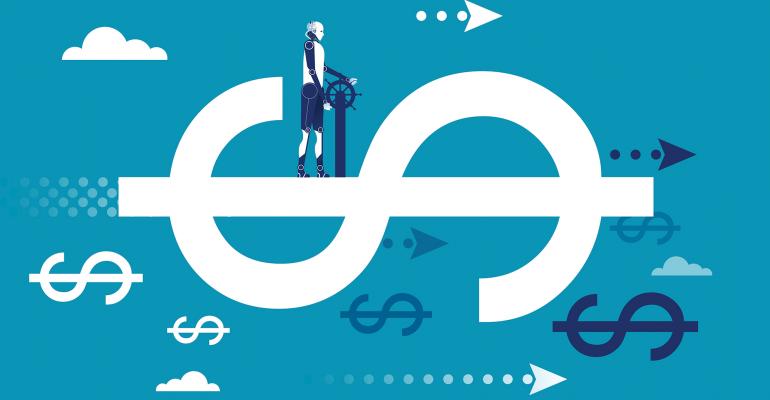 Big incumbent asset gatherers outperformed a bulk of built-from-scratch robos for the third quarter of the year.

The numbers are in and the automated investing platforms of asset-gathering behemoths have had a good two-year run, according to third-quarter data provided by BackEnd Benchmarking. When compared to the analyst’s “Normalized Benchmark,” Fidelity Go, which uses its own no-expense-ratio mutual funds, unseated Vanguard as the top performer for the trailing two-year period in taxable accounts. E*Trade Core Portfolios was third. By the same methodology, Fidelity stood as top performer for the trailing one-year period, followed by Zack’s Advantage and Wealthfront. The comparable year-to-date performers were led by Zack’s Advantage, followed by Fidelity Go and Wells Fargo.

The Normalized Benchmark is a measuring stick developed by BackEnd to attempt to smooth out differences in equity and fixed income allocations between robos.

In a roundabout way cryptocurrencies and blockchain technology showed their influence in this quarter’s report through tZero, a recently launched robo offering a portfolio of individual equities, which was added to the coverage. (The firm is owned by Overstock.com and raised $160 million in a security token sale earlier this year.) The robo makes investing decisions based on programming provided by research and ranking firm FusionIQ.

As interest rates are predicted to go up, the dispersion in fixed income styles across the prolific collection of charted robos may have a more visible impact on the products’ performances, said David Goldstone, research analyst at BackEnd Benchmarking. “I would expect to see larger disparities and a greater diversity of returns in the fixed income portion of the portfolios” he said, “because there’s more diversity in the holdings.” 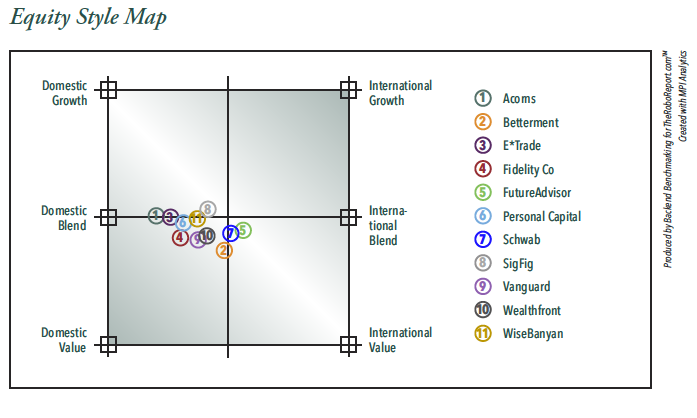 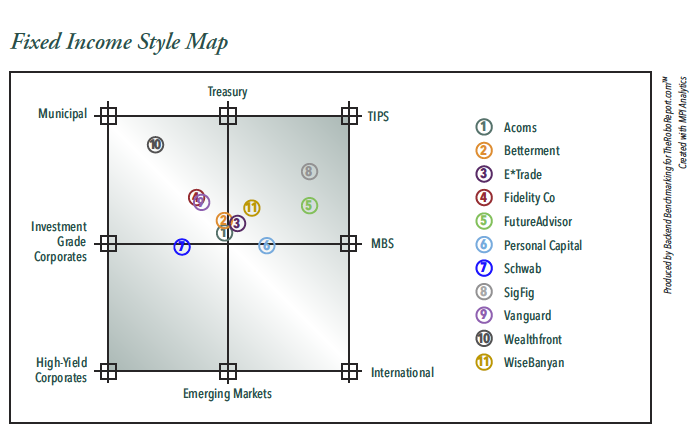 The inevitable equity down market will also put investors to the test, added Zachary Schapiro, analyst at BackEnd Benchmarking. With the exception of a few active portfolios, like Zack’s Advantage and tZero, portfolios are a “steady hand.” He added, “Most of the portfolios aren’t being super reactive to the environment.”

One of the bellwethers of note for the quarter was Fidelity Go’s performance dominance even as it cut its fees. Big financial services companies are using apps and no-fee funds as loss leaders to sell other services, said Goldstone. He pointed to JPMorgan Chase’s free and discounted trading service as another example of the push to zero. “It’s a rough space to be in. It’s a race to zero,” he said of the automated investing space. “You wouldn’t have believed five years ago that there would be ETFs that wouldn’t charge you anything.”