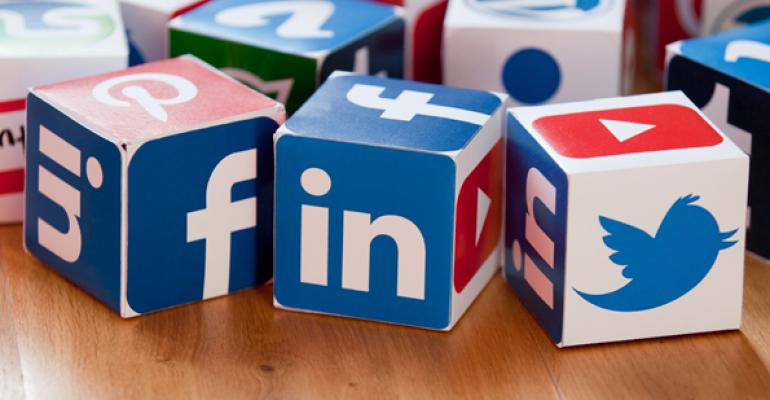 The school plans to look at four years’ worth of social media mentions and sentiment of cashtags (which designated ticker symbols), brands and products of publicly traded companies. While he couldn’t reveal the specific nature of the study, Andy Swan, LikeFolio’s co-founder, said financial advisors are also taking advantage of the data to add value for their clients and connect with the next generation of investors.

Swan founded LikeFolio after his previous startup, Mytrade.com, was acquired by thinkorswim (which was later acquired by TD Ameritrade). Originally, the idea was to educate young people about investing by letting them plug their social media accounts and build a stock portfolio of brands they like and follow.

“Once we had a pretty large base of users, we started to see that this data was really interesting and valuable,” Swan said. “Social data is a feed of what consumers are interested in on Main Street… a tie-in between life as a consumer and investment decisions.”

LikeFolio taps directly into Twitter to analyze some 500 million tweets per day for positive sentiment, negative sentiment and intent to purchase to predict future sales and earnings. Rather than use social media to generate alpha, as other tools purport, Swan said LikeFolio’s focus is on education and what product sentiment means for future sales or earnings reports.

The method has attracted financial advisors looking for a way to reach the children of their biggest clients. Swan said firms are now using LikeFolio to show young investors the connection between retail shopping and investing and prepare them for the upcoming transfer of wealth.

Swan said LikeFolio can help smaller, independent advisors add value to their existing clients by giving them new insights and data about the market—especially for clients that have separate accounts they like to invest on their own.

“More active, more engaged [clients]—they want to be involved in the decision-making process, take credit themselves. They want to have a seat at the wheel,” Swan said. When clients come for advice on investment ideas for their self-directed accounts, advisors can use LikeFolio to provide insight clients can’t get from television pundits or the business pages.

And during times of market volatility, Swan said looking at consumer sentiment data rather than stock market reactions can help advisors keep clients on the right path, or get a better idea when they should shift strategies.

The difficulty with social media analysis is the prevalence of Internet trolls and sarcasm. It’s difficult for an algorithm to spot sarcasm: Swan’s team and a third party recently manually read through a selection of 10,000 tweets and found roughly 3 percent to 4 percent gave a false positive of sentiment. But because their sample size is so large, Swan said, his team could “pretty much dismiss that as a concern.”

“When you’re taking into account 50,000 to 100,000 product mentions per day, the fact that 3 percent may or may not be sarcastic is statistically insignificant and does not affect purchase intent,” he said.

Vicki Tang, an associate professor in accounting at the McDonough School of Business with an expertise in predicting future earnings, said LikeFolio’s focus on consumer product mentions and quality of data are why she chose to partner with them.

“We have been looking for innovative ways to use social data and LikeFolio’s approach meets the rigorous standards we were looking for,” Tang said in a statement. “The data mining expertise of LikeFolio…is providing data to the study in ways that would be impossible to gather from other sources.”