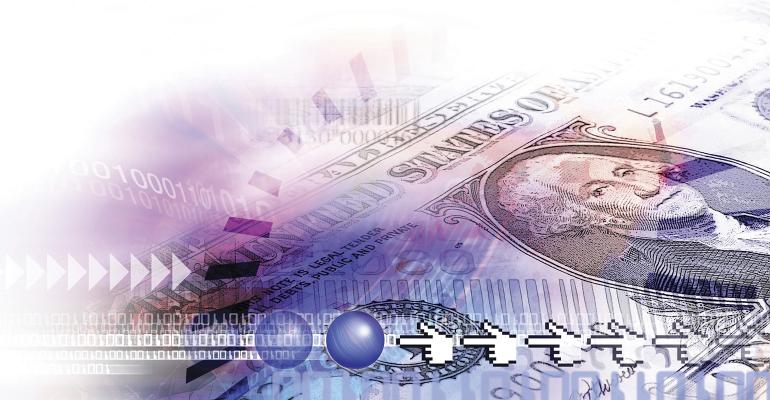 Tech Execs Reflect On 2016, Look Ahead To The New Year

Executives from vendors companies reflect on the stories that drove wealth management technology in 2016, and predict what will dominate headlines in the coming year.

To put it mildly, 2016 was an eventful year. Cleveland and Chicago sports teams both ended record-long championship droughts, and you may have heard about a new person taking over the White House.

It was a big year for wealth management as well with the finalization of the Dept. of Labor’s fiduciary rule, markets that defied conventional wisdom, a European economy still at risk, and the spotlight on what Allianz economic advisor Mohamed El-Erian calls "the only game in town" for the economy, the Federal Reserve's “will she or won’t she” in regards to interest rates. The financial advisory industry has traditionally been slow to adapt new technology, but with the rapid changes in the wider world, that position is less tenable than ever.

So to say goodbye to this year and ring in the next, WealthManagement.com spoke with several wealthtech executives to ask what they thought the biggest story of 2016 was from a technology perspective. What were they working on, what kept them up at night, and what are they most focused on heading into 2017?

For many, 2016 was the year robo advice reached maturity. No longer threatened by the direct-to-consumer startups like Betterment and Wealthfront, more advisors embraced B2B models as a chance to improve the client experience, offer digital tools and online client portals, scale their business and connect with next-generation investors.

“I think if we look back at 2016, we would definitely agree that there was a trend and movement for advisors to have technology that puts them on par with the robo offerings,” said Eric Clarke, the CEO at Orion Advisor Services. “The threat of the robo offerings clearly caused advisors to up their technology game, client experience and put transparency into their portolios.”

Kevin Cimring, the co-founder and CEO of Jemstep, the B2B robo offering Invesco acquired in January, agreed, saying 2016 was the year talk about technology finally spilled over into widespread adoption by advisors. Advisors’ attitude toward the technology has finally shifted.

“Not just a bolt-on service to an existing brick-and-mortar firm, [technology] has matured to a point where customers are looking for a solution that ... is integrated within the firm as a whole,” Cimring said. “Whether they are looking to go after the digital native market, the mass affluent market, or a solution for high-net-worth clients, the technology is proving itself to be at a point where it can accommodate a large use of firm needs and integral rather than be a separate business off to the side. “

Michael Spellacy, head of global wealth management at PwC, noted how nearly every major player in the marker is invested in adding automated technology into their human advisor workforce, and will deepen those investments in 2017.

“Combination of technology and human interaction is the future of advice,” he said.

The DOL was as huge a story for wealthtech vendors as it was for advisors. Spellacy said a lot of tech investment will be made to comply with the fiduciary standard, and Clarke agreed that story will likely dominate financial headlines throughout 2017. Cheryl Nash, the president of investment services at Fiserv, said a lot of what her company worked on over 2016 was technology to help support the new rules.

For Nash, the next big trend will be around big data and artificial intelligence. Not only will these products become increasingly advanced, but Nash believes they will gain more widespread adoption in the New Year.

“When you look at IBM Watson, and some of those capabilities that are being introduced into wealth management, I think that will really take hold from a technology perspective in 2017.”

Whitfield Athey, the CEO of Delta Data, which provides back-end support for asset management companies, added that it could take the entirety of 2017 for to really come to grips with the DOL rule in terms of workflow.

“Kind of like a cruise ship, just because you turn the rudder doesn’t mean it’s going to turn the ship,” he said. But Athey also believes that despite signals from the incoming Trump administration that the rule will either be delayed or even revoked, firms will shift towards a fiduciary standard anyway. “I think the industry stopped, was introspective and asked if they want to be a fiduciary to clients," he said. "And they said, ‘yes.'”

Athey thinks one of the biggest technology trends of 2017 will be on the investment platforms designed to accelerate the adoption of new, and scalable, platforms for portfolio strategies that blend both passive and active investments in the best interests of clients.

For Tom Rozman, the CIO of Sawtooth Solutions, a unified-managed account platform for wealth managers, the biggest story was the groundwork technology companies have laid in 2016, which he believes will be the foundation for bigger changes in how financial advisors operate next year.

“Financial planning will be ever more prevalent,” Rozman said. “And to the extent that they’re doing a really good job of that, they may not be managing the money. [The focus will be] on managing client relationships and the people part of the equation, and less on portfolio constructions and asset class weighting and management.”