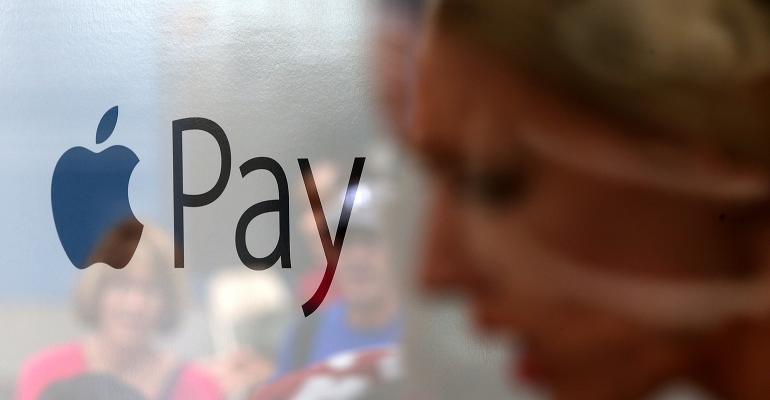 A few days of regulatory review changed brokerage funding options that had been static for over four decades.

End clients with TD Ameritrade brokerage accounts now have access to instantaneous funding, via Apple Pay, for their investing accounts, according to the company. A similar funding method for advisors could be forthcoming, confirmed a company spokesperson.

Individual investors can use Apple Business Chat on the Messages app of their iPhones and iPads to fund linked TD Ameritrade brokerage accounts via Apple Pay, giving customers instant access to their funds. The Apple Pay funding works with a debit card stored in a customer's digital wallet and allows transfers of up to $10,000 a day. “Incredibly, the way we fund brokerage accounts hadn’t changed in the last 43 years, and it had become a huge pain point for our customers—in fact, it was one of our top-five call drivers,” said Peter deSilva, president of retail at TD Ameritrade, in a statement.

The problem has "lingered for decades," according to a Reuters report on the new integration. Previously, customers used a wire transfer or had to wait several days before accessing transferred funds. "When a customer wants to put money into a TD Ameritrade account, we gave them the same choices they had in the 1970s and 1980s,” said Sunayna Tuteja, head of strategic partnerships and emerging technologies at TD Ameritrade. "It was a persistent client irritant.”

Part of the holdup in making the switch was uncertainty around the legality of using debit cards to fund brokerage accounts, said Tuteja. It took "two to three days" of reviewing regulatory documents, she said, but TD Ameritrade's "regulatory experts" determined the firm could legally fund brokerage accounts with debit cards but not credit cards. The firm chose Apple Pay as the inaugural partner because 75 percent of TD Ameritrade customers are iOS users, according to the firm. The service is compliant with anti-money-laundering regulations, according to a company spokesperson.

Meanwhile, there are other trading platforms, like Robinhood, that already allow investors to instantly add and trade funds from a linked bank account, with certain restrictions. That service, which the company said relies "on the good faith that your transfers will go through," uses the Automated Clearing House system, a widely used method of consumer transfers.

There's no exact time line for when the Apple Pay funding system could be used by advisors, but it is something the company is exploring. "We are looking forward to focusing on the methods of funding advisors utilize in the future," said a company spokesperson.