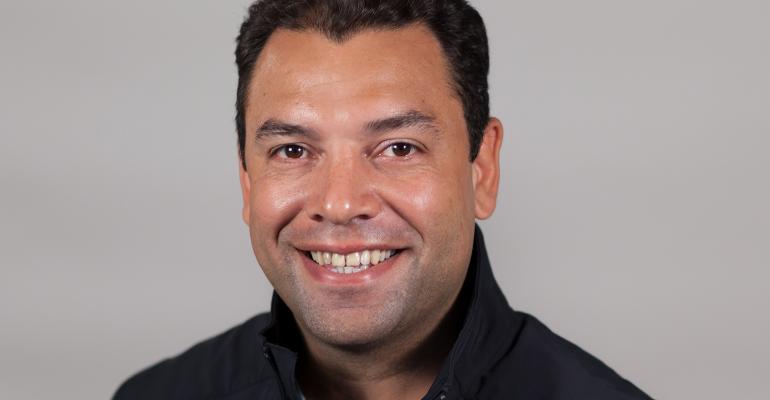 SmartAsset landed $110 million in a Series D funding round that pushed the firm's valuation over $1 billion. But not all advisors find the service to be useful.

SmartAsset has reached unicorn territory, raising $110 million in a Series D funding round at a valuation of over $1 billion, according to an announcement from the firm. Funding for the firm, which says it is on the “cusp of $100 million in annual recurring revenue,” was led by TTV Capital, alongside investments from Javelin Venture Partners, Contour, Citi Ventures, New York Life Ventures, North Bridge Venture Partners and CMFG Ventures.

SmartAsset will use its funding to nearly double its full-time employee head count, with plans to grow by more than 75% from its current tally of 202 employees. The firm will also be improving its user experience and the manner in which it matches leads with advisors. SmartAsset wants to be “the web’s best personal finance resource,” according to CEO and founder Michael Carvin.

The tech firm collects leads for advisors by publishing personal finance content with interactive features on the web, with prompts to be connected to a financial advisor.

Earlier this month, LPL added the service to its vendor platform, and at least one advisor claims the company, and other digital lead-gen services like it, helped him double the size of his firm in two years.

Related: SmartAsset Gets Into 'Match-Making'

To be sure, not all advisors have been impressed with the firm and the quality of leads it generates.

Some potential clients are worn thin by the time they actually reach advisors. “Leads are inundated by outbound calls/emails by the time we reach them,” said Christopher Mellone, a financial advisor with Cetera-affiliate VLP Financial Advisors, in Vienna, Va. In an effort to ensure that leads are who they say they are, SmartAsset verifies each one, but in doing so they exhaust the patience of potential clients, a “factor [that] is not well published,” he said.

On its site, SmartAsset states that its “in-house concierge team contacts [investors] by phone, text and/or email to validate their contact information and intent,” eventually matching them “with up to three financial advisors based on both investor and advisor criteria.” Advisors and investors are matched by email or on the phone via the Live Connection feature.

Live Connection matches “validated, high-intent investors” via a phone call that is led by a SmartAsset operator, who makes the advisor-client introduction in real time. The firm did not indicate how many interactions it has with potential clients before matching them with advisors, but it is prioritizing reducing the interactions to keep the dialogue beneficial, according to Carvin. “A significant portion of prospects are not connected with their advisor matches if they are deemed not up to our standards,” he said.

Mellone used the tool in the beginning of 2021 but said he found the leads to be "poor quality.” Many prospects are more interested in one-off advice than in finding an advisor for the long term.

On its site, SmartAsset states that the “average investor is about 57 years old, has substantial investable assets ($890,000) and 76% do not have an advisor. Approximately 70% are retired or less than 10 years away from retirement.”

The firm did not provide information about how many advisors use its service for a year or longer, but it experiences “negative churn, where successful advisors upsell at a faster rate than unsuccessful advisors downsell,” said Carvin. It was not included as an option in the most recent T3/Inside Information Advisor Software Survey, an industry benchmarking study for technology, so its share of the market for digital lead-generation services is difficult to calculate. The service did merit a handful of write-ins from survey participants.

“We simply could not grow at the rates we’ve experienced if the vast majority of advisor clients weren’t getting enormous value from the service,” he added.

SmartAsset generates the leads needed by some advisors. “You get the exact quantity of leads you are willing to pay for,” said Jeff Farrar, co-founder and partner at Procyon Partners, in Shelton, Conn. Farrar uses the service, and his firm’s private wealth business manages more than $1 billion in assets.

“Quality is a bit of an issue,” said Farrar. “Some [leads] are fine, others don’t know why you are following up, even though they completed the SmartAsset survey. I've restricted mine to $1 million-plus (prospects,) which screens out the less interesting ones.”

“The company has been fine to work with,” he added, noting that closing just a handful of leads makes the service cost-effective.

For others, converting leads with SmartAsset isn't so easy. “You end up paying for leads that know nothing about you, so retentions and closing rates are way lower,” said Thomas Kopelman, a financial advisor at RLS Wealth, in Fishers, Ind. His firm manages $55.6 million in assets and has found that creating its own content and marketing material produces better results among clients who are primarily under 40—his target market.

Kopelman uses a long-term marketing approach of “dripping” original marketing on potential clients for months to years, which ends up being more cost-effective, he explained. “When they need help, they’ll turn to you.”

By its own calculations, SmartAsset generates $1.5 billion in new, closed assets under management (AUM) per month. “SmartAsset is quickly expanding its lead in one of the largest markets in the U.S. by providing an incredibly valuable resource for both consumers and financial advisors alike,” said Mark Johnson, partner at TTV Capital, in a statement. “The company helps millions of people make better financial decisions while simultaneously enabling advisors to grow their business.”