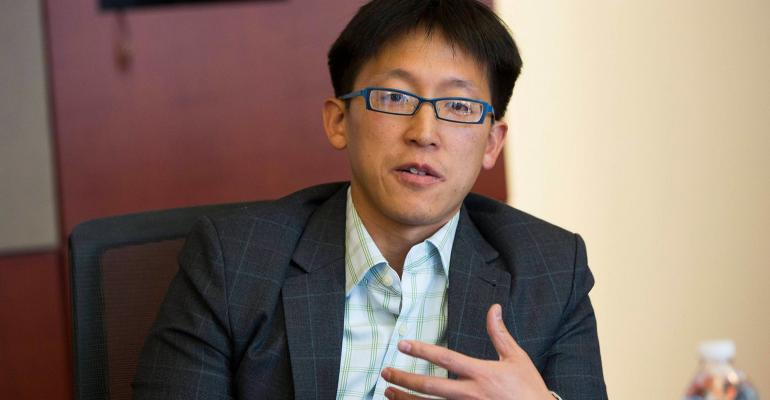 SigFig makes a huge splash with its latest funding round. The robo advisor plans to use the funding for tech and personalization investments.

Robo advisor SigFig announced it has all but doubled the funding it had previously raised, adding $50 million from investors in a Series E funding round. Led by equity firm General Atlantic, along with participation from existing investors, including New York Life Insurance Company, UBS, Bain Capital Ventures and Eaton Vance Corporation, the business-to-business and business-to-consumer company is adding to previous fundraising efforts that netted roughly $67 million, including a $40 million round from May 2016.

“It was a substantial raise for us,” said Mike Sha, CEO and co-founder of SigFig, who declined to reveal the company’s valuation. He said the funding will be used to keep pace with a trend he’s seeing in the robo space: enterprise interests in wealth management.

“What started out as robo advice has very significantly expanded over the last couple of years,” said Sha, who likened changes currently taking place in wealth management to the changes seen not long ago in banking. What used to be revolutionary, an online bank, in now simply a part of banking. “It’s a lot less about robo advice, today, and more about using modern technology in the business of wealth management,” he explained, noting that the company will be using some of the funding to further fine tune user experience and design.

The company sees opportunities to help financial service companies leapfrog their own legacy systems, particularly banks, by enabling their workforce with new tools, as well as provide financial planners with the capacity to more rapidly analyze their customers’ financial situation. Sha also mentioned the company is looking to grow internationally and expects to announce more information about the expansion later in the year. He declined to say which market he was interested in, but said he’s looking for foreign markets with mature regulatory environments, similar to the U.S.

SigFig’s investors consider the company a “best-in-class advice solution,” said Paul Stamas, managing director at General Atlantic. “With its B2B2C model, SigFig leverages its industry-leading technology alongside its partners’ existing physical infrastructure and human capital.” General Atlantic had about $10 billion in available capital this spring, according to Bloomberg, and roughly half of its investors are family offices. SigFig’s products are now available to over 70 million customers, directly or through partnering financial institutions.