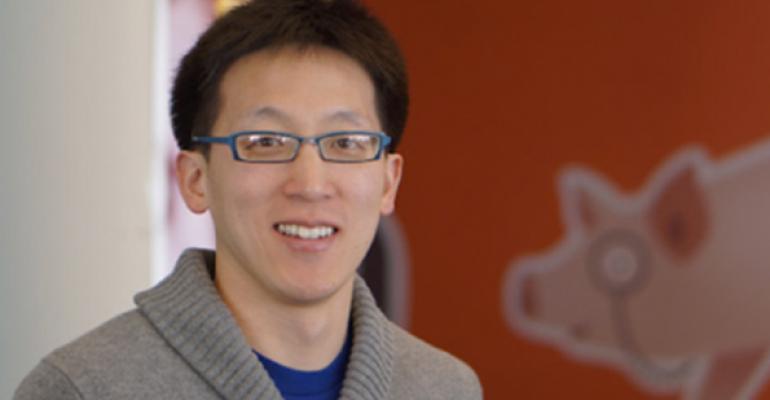 Is This the Robo You Should Fear?

While many robo advisor platforms have focused their businesses primarily on millennials, San Francisco-based SigFig is taking another tack, hoping to expand further into the retiree market with a new investment portfolio designed to generate income rather than total returns.

“One of the mistaken myths about automated and digital advice is that it’s really targeted to people who are really young, but technology-assisted investing benefits people of all ages and all wealth levels,” said Mike Sha, co-founder and CEO of SigFig.

So-called robo advisors, online platforms that use algorithms to automatically generate investment portfolios for users, have gained traction in the wealth management world in recent years, as well as hundreds of millions of dollars in venture capital. They have traditionally targeted younger investors—a segment usually with fewer investable assets and thus passed over by traditional wealth management firms.

And while SigFig is in general focusing on investors on the lower end of the wealth spectrum, its new offering is geared toward older investors—those traditionally thought of as natural clients for flesh-and-blood advisors. Sha believes those advisors have little reason to fear SigFig; the boomers joining their platform are still smaller than those an advisor would take on.

“There are so many boomers and echo-boomers out there who don’t fit in the bucket of millennials but who do have a significant amounts of assets, but unfortunately not enough that a traditional advisor is paying them much attention,” Sha said.

“The audiences that we serve, even though they may overlap a little bit, the truth is, human advisors are targeting the high end of the market. And those folks—they don’t want to serve the client with $100,000, because the client with $100,000 is just as much time and energy for them to serve, but with so much less revenue than someone who’s got a lot more money.”

SigFig says over half of the company’s current users are over the age of 40, Sha said. Older investors are more than willing to embrace digital tools, he said.

“Even though people who are older may be somewhat less inclined to adopt a digital advisor, that trend continues to go positive, and we’re seeing accelerating growth rates as a result.”

SigFig’s new Diversified Income portfolio consists of about eight ETFs, with exposure to corporate and government bonds both international and domestic, high dividend equities, mortgage-back securities, real estate and preferred stock. The idea is to create a more diversified portfolio with higher yields and, theoretically, lower risk. The portfolio targets a 4 percent yield. The minimum to invest is $100,000, with a management fee of 0.5 percent.

Sha created the portfolio because he saw that a lot of the company’s older users were trying to generate income in unsophisticated ways, through things like cash and CDs, dividend stocks, and bonds. In fact, two out of three people on SigFig’s platform who own dividend stocks own just three stocks or less.

Unlike other robo advisor platforms, SigFig does not custody any assets. Instead, through partnerships, the technology captures account data from Schwab, Fidelity and TD Ameritrade, so clients can leave their money at those firms. SigFig tracks $300 billion of assets.

The company designs an optimal portfolio for the customer based on the results of a risk questionnaire. They’ll compare a customer's current portfolio with to that target portfolio and makes the neccessary adjustments. The platform does this algorithmically, but also has human financial advisors that clients can call with specific requests or questions.

Here is a chart SigFig uses to compare the risk profile and yield of its Diversified Income Portfolio to other dividend paying securities: 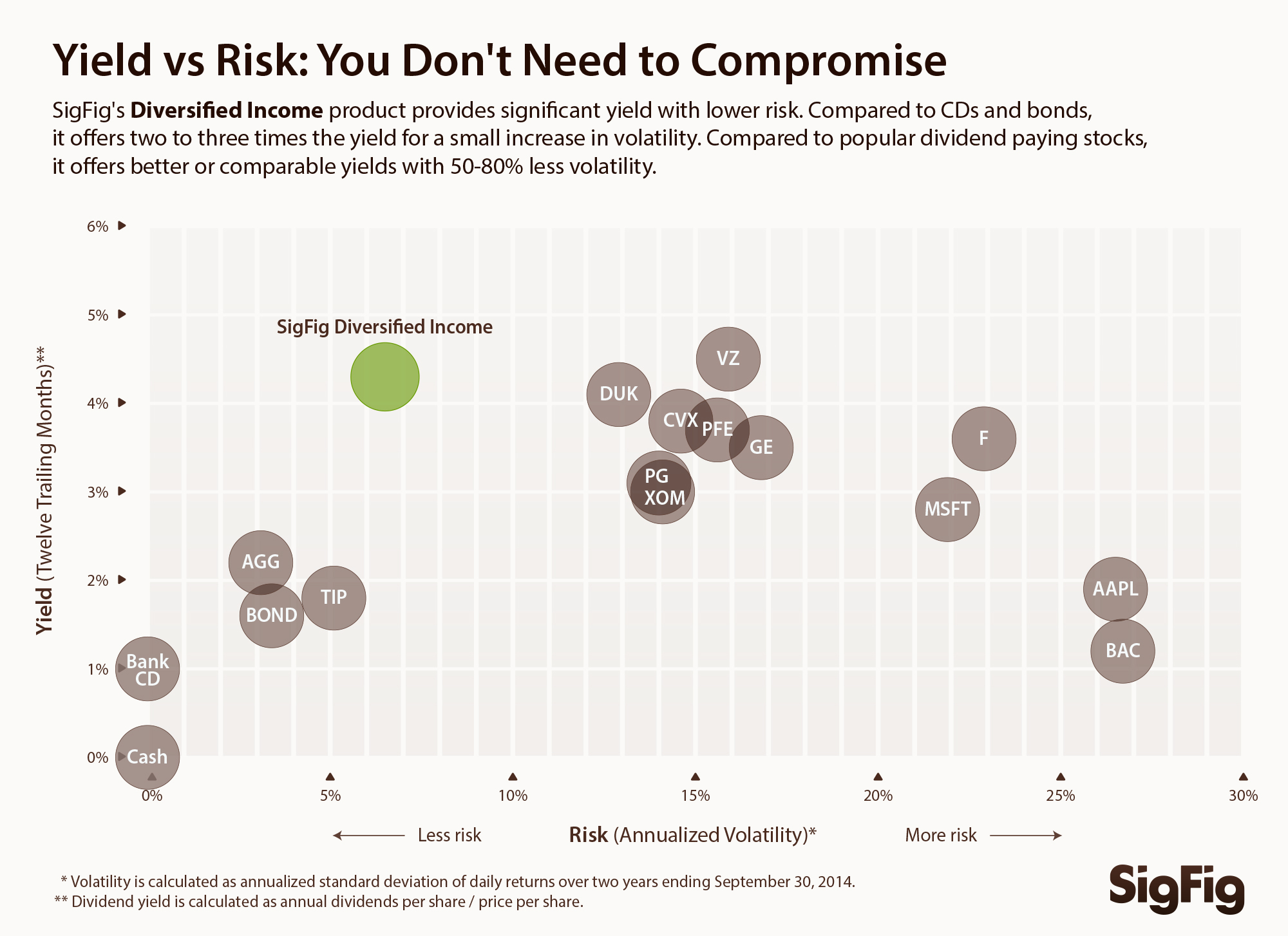