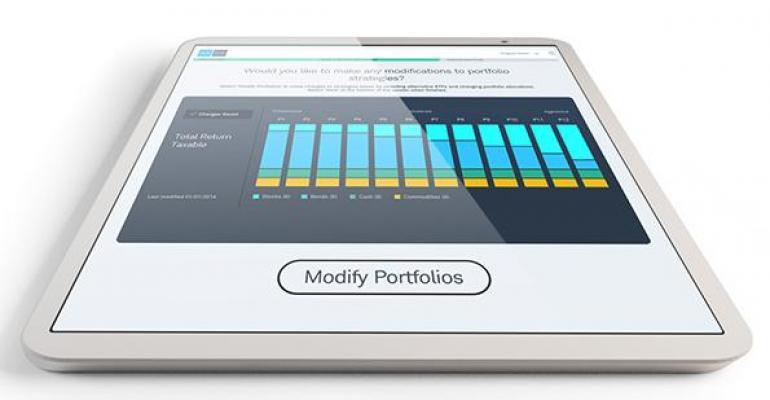 Taxable accounts managed by Schwab's automated advice platform had the best quarter, while SigFig led the way in IRAs.

In the third quarter, Schwab Intelligent Portfolios outperformed its robo peers in taxable returns, according to the fifth edition of BackEndBenchmarking’s The Robo Report.

Looking at total taxable returns, Schwab’s robo led a class of 20 robo advisors with 3.97 percent returns, beating Betterment’s 3.83 percent, and SigFig and SoFi, which tied at 3.79 percent. Diving into the portfolios, Schwab tied with SigFig on equity returns and was the leader on fixed income investments.

Individual Retirement Accounts managed by Schwab Intelligent Portfolios also had a good quarter, but came in second to SigFig.

Year to date, TD Ameritrade’s robo has had the best success, producing 11.81 percent returns, though many of the robos added to the latest edition of the report don’t have enough data for an accurate measurement. Year over year, Betterment leads the way at 11.97 percent, edging out Schwab’s 11.93 percent. Betterment and Schwab are also the first two robo advisors that BackEndBenchmarking has tracked for a full two years. Over that time, the return on a taxable portfolio managed by Schwab Intelligent Portfolios was 25.94 percent, and a Betterment portfolio was 21.89 percent. Next quarter, the research firm will include two-year data from Acorns, Personal Capital, SigFig, WiseBanyon and Vanguard.

The report added that performance is not the entire picture when assessing robo advisors, and offered a deep dive into risk/return and asset allocation analysis.

The researchers said one of the most interesting findings was that robos show a clear bias towards value stocks, even though growth continues to outperform. Performance from Schwab, Merril Edge, Betterment and Ellevest all dragged because of value-oriented weightings.

Only Hedgeable’s IRA bucks the trend, with a heavy weighting toward technology stocks that led to 7.21 percent returns, the best IRA equity performance among robos.

“That said, Hedgeable actively exercises its discretion over the equity-bond allocation depending on their algorithm’s detection of risk in the market,” the report stated. “They currently have over 30 percent of their allocation to fixed income, which is significantly higher than its peers in the aggressive IRAs. This fixed income drag on performance led to Hedgeable coming in last place in total performance.”

However, BackEndBenchmarking noted that it only just began analyzing Hedgeable, and that it will wait until it has collected a year’s worth of data to assess its overall strategy.

To collect the data, the researchers opened, funded and sought a specific portfolio at 20 of the largest robo advisors. For taxable accounts, the researchers sought a moderate 60/40 allocation for an investor in a high tax bracket, while the goal with IRAs was to have the most aggressive allocation possible. Next quarter will include data from robo products offered by T. Rowe Price and Zack’s Advantage.