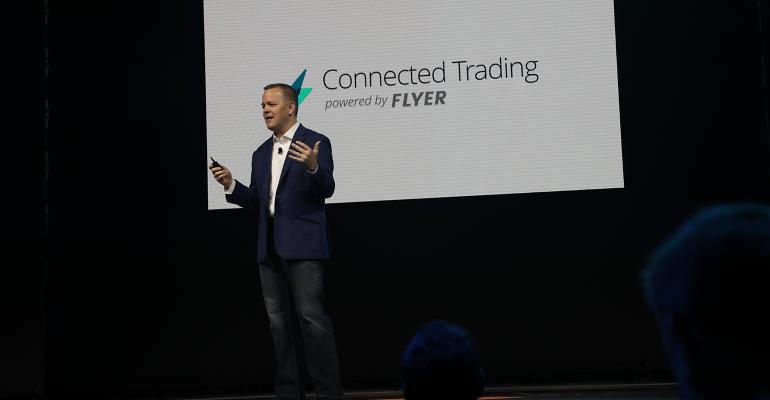 Riskalyze's CEO, Aaron Klein, insists the firm is staying in its lane, but what if that lane is actually the whole highway?

After three years in development, and a partnership with trading network Fix Flyer, Riskalyze is ready to compete with outside automated trading and rebalancing services. Called Connected Trading, the new feature picks up where Riskalyze’s Autopilot Trading previously left off, smoothly moving trades from Riskalyze into advisors’ existing custody relationships at Charles Schwab, Fidelity, Pershing, TD Ameritrade and RBC. For advisors who are using Autopilot, Connected Trading retains the pricing structure advisors previously had in place.

The move puts Riskalyze in competition with other trading and rebalancing solutions, even ones offered by custodians themselves, such as TD Ameritrade’s iRebal. It’s a remarkable example of growth in plain sight that has gone unnoticed by many advisors, as Riskalyze has evolved from a company that started out in 2011 as a provider of client and portfolio risk metrics into a firm offering advisor basics like financial planning, via a feature called Retirement Maps, and trading.

Riskalyze identified a need for a trading solution, said CEO Aaron Klein, because advisors simply weren’t using other tools or the tools they used were often too difficult, if functioning at all, when advisors needed to make a trade. Of the Riskalyze “market base,” 74% of advisors manage accounts and trades themselves, he said. Of that group, 70% of advisors hand-type trading instructions to custodians, while the other 30% are using a rebalancing tool. Of those using a rebalancing tool, “over half of them can’t get it to work or can’t use it effectively.”

“We just felt like it was time to reinvent that,” he said. “Rebalancing is just an older model. It’s a different paradigm of doing things and trading automation is a reinvention of how advisors should actually manage these accounts and manage trading. I think it’s a model that wins.”

But trading isn’t all the company has been working on. Riskalyze’s annual summit, called Fearless Investing and attended by over 650 advisors this year in Boston, also highlighted the firm’s move into marketing. In addition to the lead generation questionnaire it provides to advisors to help convert web traffic into prospects, the firm is supplying advisors with what it calls an Interactive Advisor Marketing Kit.

As the first Riskalyze product not developed by engineers, according to Klein, the marketing package includes templates for presentations, brochures and press releases, and even support for personalizing client-facing videos and social media image generators. It’s intended to "widen the funnel," bringing traffic to advisor websites and in turn generate a better probability of success for the lead generation questionnaire.

Other announcements include an overhaul to Riskalyze’s risk questionnaire, improving the interface while relying on the same underlying process. The feature is called the Next-Gen Risk Assessment. In addition, the firm enhanced its database of analytics and metrics for individual stocks, ETFs and mutual funds. Called Individual Security Analysis, it pulls in data from Morningstar and other providers directly into Riskalyze.

While Klein firmly maintains that the company offers just two business pillars for advisors—risk metrics and trading—some advisors are openly considering swapping out the tech they currently use for functions like financial planning in exchange for Riskalyze features. “The Riskalyze Retirement Maps feature is pretty advanced,” said Matt Stephens, an advisor at The Wealth Plan Company in Wilmington, NC. “I’ve thought about dropping my other financial planning software and only using this.” He currently uses eMoney Advisor and Envestnet | MoneyGuide, but has considered dropping MoneyGuide and just keeping the client portal from eMoney.

Klein carefully addressed the question of what services, exactly, Riskalyze was providing with its expanding set of features. Retirement Maps, which calculates the probability of achieving a future goal and allows for advisors to provide insight into how to achieve the goal, is just “whetting the appetite” for robust financial planning, said Klein. He prefers to think of Riskalyze’s growing feature set as “deepening what we do, not broadening what we do.”

Call it what he may, under the theme of following advisors’ needs, Riskalyze has carved a space for itself with “light” versions of specialist products, entrenching itself at the borders of stand-alone products. Whether it eventually pushes those products out of the way, or advisors do the pushing on behalf of the firm, remains to be seen. Many Riskalyze users, however, swear by the simplicity of the software.

It’s also worth pointing out that speculation and questions around Klein’s vision aren’t new. Two years ago, industry observers were asking if Riskalyze wanted to be the central tech dashboard for advisors. Those questions haven’t disappeared and the manner in which advisors use Riskalyze—as a lead generation tool, to provide financial planning and now to trade—should answer some of those questions.

By going deeper, it seems, Riskalyze is actually going broader.