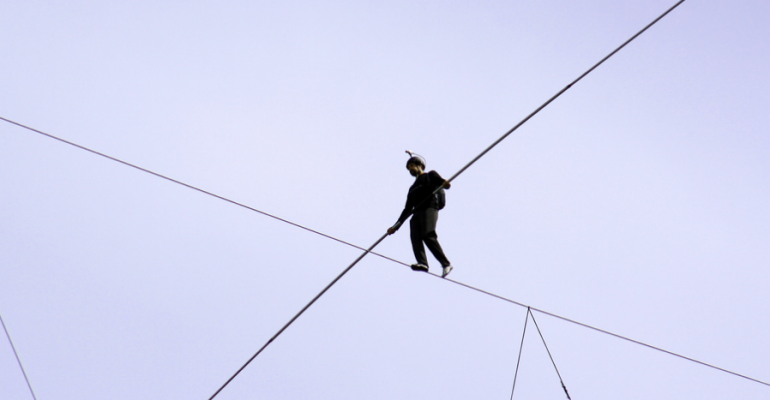 'Risk Tolerance' Questionnaires: Should We Even Bother?

Assessing a client’s risk tolerance is often the automatic first step for every advisor today. But the questionnaires meant to get at the issue aren’t always up to the task.

The need to assess a client’s risk tolerance is a mantra for advisors today. Understanding where an investor falls on a risk spectrum is meant to guide an advisor on opportunities he selects for his clients — and how they may act should the bottom fall out.

Risk questionnaires are becoming commoditized. They are peppered across the web — with most firms serving up their own internal quizzes as well. But some experts argue that today’s risk questionnaires are faulty; they take a measure of just one level of risk tolerance, when investors in fact have many. Or they say quizzes ask the wrong questions all together. Getting a sense of a client’s willingness to take risk may end up being a risky undertaking on its own.

“Investors don’t have a tolerance that is global,” says Meir Statman, the Glenn Klimek Professor of Finance at Santa Clara University in Ca. “If you ask them what is your risk tolerance about money, they say, ‘I am risk adverse.’ But if you point out that they spend money to buy a lottery ticket, they say, “Oh, there I am willing to take risk.’”

How to glean a more accurate reading? There is divergence in the answer. Some believe profiles need to be offered more frequently. Others say risk reports are crucial in guiding a conversation — using the results to help build a portfolio, and then manage expectations.

“They are for management and for investing,” says Paul Resnik, co-founder and director of the Australian-based FinaMetrica, a subscription-based risk tolerance firm launched in 1998. “You want to prepare for managing clients expectations. And the risk report would also lead you to build a portfolio consistent with their risk tolerance. They want to know will it meet their needs over time? That’s the very core of good planning. What we’ve done is set up the conversation.”

FinaMetrica’s set of 25 questions was created with research from the University of New South Wales’ Applied Psychology Unit, says Resnik, and leans towards queries steeped in financial terms, with a few outliers that capture an investors emotional state. One asks whether a client has ever invested a large sum in a risky investment “mainly for the ‘thrill’ of seeing whether it went up or down in value?”

Results are just a starting point, says Resnik. But few investors change their risk coat, so to speak, over time, he notes. An advisors job, he says, is to then help clients see whether investing according to their risk profile will meet their needs over time — or not.

“So we ask them to take more risk, or change their behavior,” he says. “Both are difficult, I agree. There’s nothing easy in planning.”

John Ndege might concur. But as a former investor who was on the receiving end of what he thought was inadequate risk profiling, went out and built his own model. A former Facebook employee, Ndege came up with the idea for Pocket Risk when advisors started meeting with employees after the social media giant went public. But few asked Ndege about his risk tolerance and he wondered why. Many told him they didn’t like what was on the market. Seeing an opportunity, Ndege left Facebook, and self-funded his start-up, which asks users 20 questions, from whether they think they’re confident in making good financial decisions, to whether they’d be comfortable investing in a new business venture.

The questions run the gambit and include heavy financial detail—such as the average rate of return — to simple questions even a first time investor could answer, such as whether an emergency would provoke them to sell assets. Ndege believes one trap reps fall into when using risk questionnaires is not using them enough. While he believes clients don’t swing very widely on their risk profile, he says shifts can become apparent over long stretches of time. And an annual check-up can catch some fluctuations before they rear up on a client—and an advisor.

“We encourage advisors to test clients at least once year,” says Ndege, founder and CEO of the New York and London-based start-up that launched in October. “Circumstances change, they could be changing jobs, going through a divorce, a bereavement.”

Statman agrees, noting that answers can also change depending on how the market is doing at the time. If the market is high clients tend to say they can take a lot of risk. When the market is down, they say they can’t take any. In good times, investors think trends are high and risk is low. In low times, it’s the reverse, he says.

“People cannot tell you how they feel,” he says. “How they feel is colored over time.”

Instead Statman believes advisors may be better off making scenarios more clear. He suggests asking investors if they had $100,000, and were retiring in three years, would they make an investment that might give them $1 million but could also result in $50,000? He says the answer most will likely give is no. But asking clients with clear examples could yield a much better answer than any risk tolerance assessment offers, he says.

“You have to make the language of risk clear to them,” he says. “Risk questionnaires can have stupid questions and stupid answers. But people feel compelled to answer. So you get something that is gibberish.”