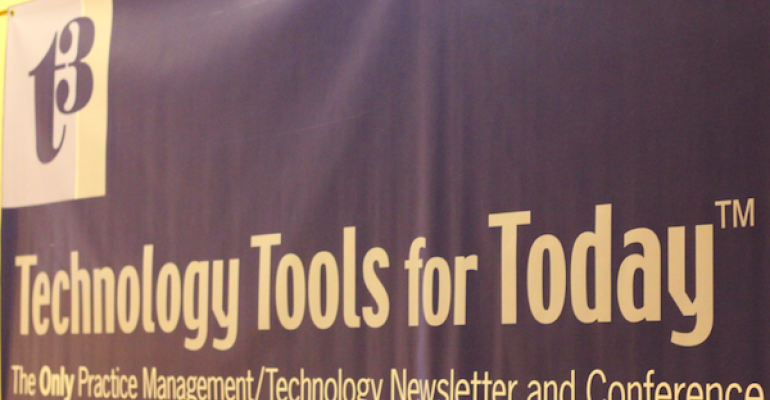 As RIA Tech Grows, So Does T3

With recent high profile acquisitions of some of the biggest names in the RIA technology industry over the past couple of weeks—notably Advent Software being acquired by SS&C for $2.8 billion, Orion Advisor Services being acquired by TA Associates and eMoney Advisor being acquired by Fidelity for $250 million—there is no question that advisor tech is hot.

This year’s Technology Tools for Today (T3) conference is definitely a barometer of that buzz, as a record crowd of advisors, tech vendors and other industry participants gathered at the Anatole Hilton in downtown Dallas, for three days of non-stop tech this week. With its humble beginnings 10 years ago in the basement of the Ft. Lauderdale Hilton, Joel Bruckenstein and his partner David Drucker have created a powerhouse event franchise that has grown in lock step with the success of the RIA industry.

Big investments are being made by private equity and venture capitalists in advisor technology firms to help independent RIAs continue their winning streak against their big Wall St. competitors. Here at T3, there were many new startups reflecting that demand, as well as the heavyweight custodians and turnkey asset management programs that are the primary purveyors of back-office efficiency technology for advisors. 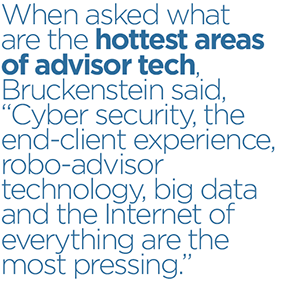 Kicking off the conference were a plethora of pre-conference sessions and a flurry of news announcements from the more than 80 technology vendors showcasing their wares to over 600 attendees.

When asked what are the hottest areas of advisor tech, Bruckenstein said, “Cyber security, the end-client experience, robo-advisor technology, big data and the Internet of everything are the most pressing.”

Total Rebalance Expert (TRX) demonstrated the new TRX Edge platform, which is a completely re-written portfolio rebalancing system that has been optimized for web delivery and mobile devices, along with enhanced functionality. As one of the most time-consuming aspects of managing client portfolios, rebalancing software is in high demand by advisors, particularly for platforms like TRX that are tax-efficient and can rebalance portfolios across households and multiple custodians.

Technology vendor partnerships and integrations were also a big theme on day one at T3, with a flurry of news announcements about how many of advisors’ disparate systems can work better together. Grendel, an advisor focused CRM software and First Rate, a performance reporting solution announced a “Performance Dashboard” to streamline many of the workflows involved in preparing client reports as well as being able to see their client’s asset allocation and performance in their CRM on one screen.

As the first day of T3 was winding down, the networking was picking up at the packed exhibit hall opening reception. T3 is known as the place to be seen for the advisor tech crowd to find technology partners, generate interest from advisors in their platforms, and mingle amongst the many experts and consultants.

Day two of T3 is expected to be even more flush with tech content, with opening keynotes by Schwab, eMoney, Riskalyze, Rixtrema, Morningstar, Advent and Money Guide Pro, followed by 15 panel discussions in the afternoon.

Disclosure: Welsh has consulted with several of the companies mentioned in this article.

Timothy D. Welsh, is president and founder of Nexus Strategy, LLC, a leading consulting firm to the wealth management industry, and can be reached at [email protected] or on Twitter @NexusStrategy.