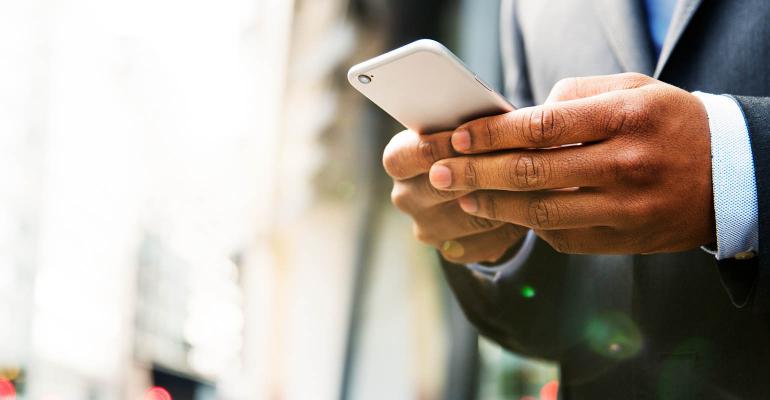 Marketing technology firm Snappy Kraken and customer relationship management software developer Redtail Technology revealed plans to launch and support compliant text messaging between advisors and clients, according to announcements made in conjunction with the 2021 AdviceTech.LIVE virtual conference. A total of 373 participants attended the online event, according to organizers.

Snappy Kraken is launching its own compliant text messaging marketing feature, called Convos, which will include a content library overflowing with Warren Buffett gifs and puppy images. Redtail Technology, which has a text messaging solution called Speak that it launched in 2017, is overhauling the feature and will make “Speak 2.0” available to users who don’t have Redtail as their CRM provider. Snappy Kraken plans to make Convos widely available later this year; Redtail's Speak 2.0 launch will take place in early 2022.

Convos is an application that is managed from the advisor's desktop (no mobile version as of yet) that allows advisors to send text messages to a specific client or a group of clients, from their office phone number that can be landline or mobile. While it may be easier to send messages, such as setting up a client appointment or launching a marketing campaign, compliance is still thorny enough that Snappy Kraken is not automating compliance and leaving review up to each individual firm. For broker/dealers intending to use the feature with their advisors or reps, Convos integrates with MyRepChat, a third-party compliance application for texting, which supports flagging policies and employs opt-in and opt-out features.

Concurrently, Snappy Kraken is debuting a feature called “Leads Never Cold,” a library of pregenerated content to start conversations with clients and introduce specific finance-related information. All content in the library, which includes emoticons, memes and gifs, is “FINRA-approved,” according to material provided by Snappy Kraken. 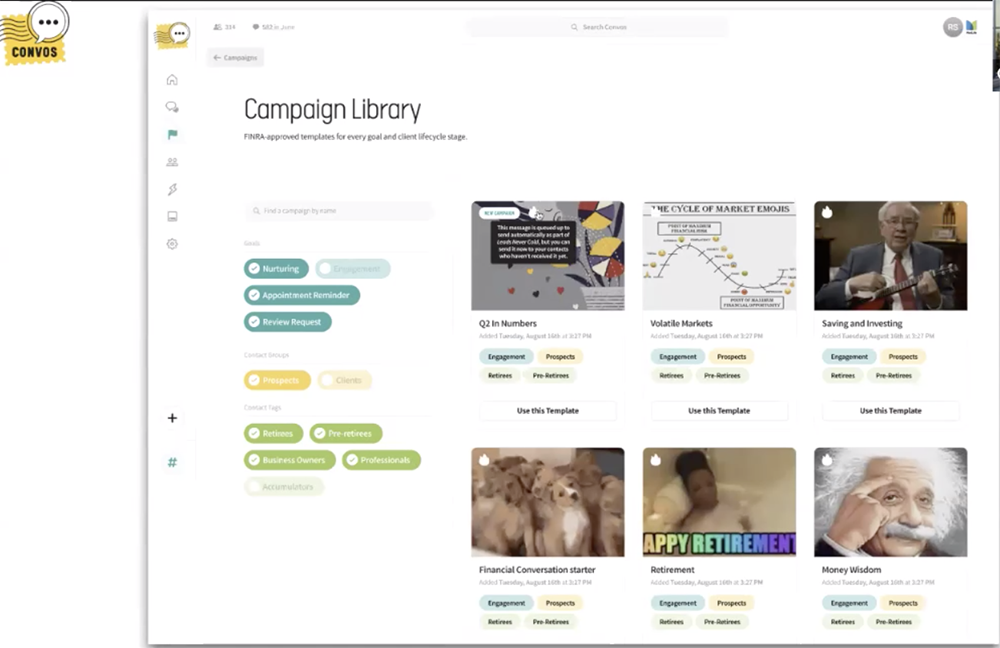 For advisors new to text messaging, imagery like kitten gifs and Einstein memes may feel like they're coming out of left field. But regulators don't see them that way. "Just as FINRA approves videos or images, they will approve memes and gifs as long as the content is not out of line with applicable standards," said Robert Sofia, CEO of Snappy Kraken. "We have all our campaigns reviewed by FINRA, including these text campaigns. They have not expressed any concerns related to our use of memes and gifs."

Convos is currently in a limited release to select RIAs and broker/dealers, with full market availability expected before the end of the year. The service starts at $19 a month, with each outbound message costing 10 cents. Incoming messages are free.

“This channel is really not crowded,” said Greg Drozdow, director of business development at Snappy Kraken. Just 14% of companies are texting consumers, he said, despite a survey by the firm that revealed 55% of consumers preferring to get information via text messages versus 35% preferring email. “One of the channels that we’re very excited about is text messaging,” he added.

Redtail is also excited about texting. It launched text messaging in 2017 through a feature called Speak, which it is in the midst of remodeling so advisors outside of the CRM platform can get access. It is also borrowing design elements from workplace messaging applications that have become increasingly familiar over the past 18 months.

The influence of messaging apps like Slack and Microsoft Teams was apparent in the Speak 2.0 demo by Tony Donato, internal relationship manager at Redtail. Advisors can communicate internally and externally with clients, via text message, from the same advisor dashboard. Advisors entering a review meeting, for example, would be able to quickly run a report and pull up chat history before the meeting. Donato also hinted that bulk messaging would be a feature in the upcoming release as well.

The advisor dashboard for Redtail's Speak 2.0.