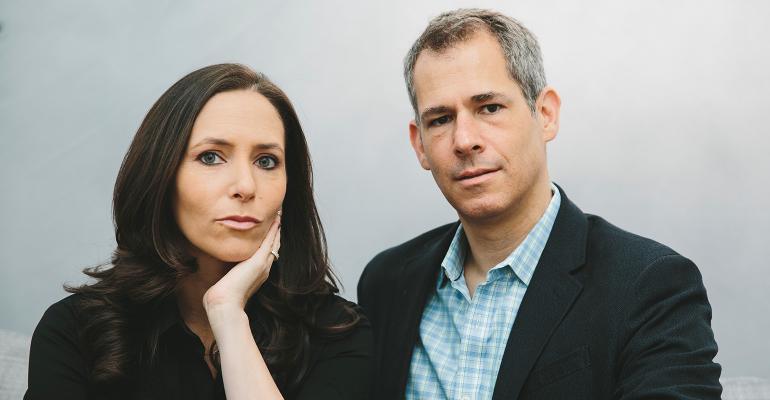 The online database service is part of a suite of planning products the wealth manager formally announced Tuesday.

Raymond James will begin offering Everplans, an online document and data storage service, to its 7,300 advisors this year. The software is part of a suite of wealth management and planning tools the independent broker is formally rolling out this year.

Everplans co-founders and CEOs Abby Schneiderman and Adam Seifer founded the company in 2011 as an online resource on end-of-life planning. But after Schneiderman’s brother died unexpectedly the following year, her family experienced the stress and uncertainty that comes with an unorganized estate. Shortly after, Everplans realized the opportunity to help families like Schneiderman’s and pivoted to become a platform where users could securely store documents and information.

The platform guides users through six categories and 29 subcategories—many that are often forgotten—and offers a more dynamic experience than other data storage services. For example, when a user adds information about real estate, the inputs change depending on whether they own or rent the property. It does the same for other categories, like bank and investment accounts.

It’s less likely a user’s spouse or family member won’t know at least some information about a property they own, but Schneiderman said even small details of an estate can prove useful to whomever a user chooses to allow access to their plan. One bit of information users appreciate are fields to store cellphone passcodes in the event access to an Everplans user’s phone is needed. Increased use of two-factor authentication, a security feature that sends temporary codes to a person’s cellphone to be used alongside a password, has made the cellphone codes invaluable, she said.

Shortly after launching the user platform, Schneiderman said advisors then began contacting Everplans and asking how they can use it for clients. That was the start of what is now the company’s primary business model—offering a platform for the clients of wealth managers.

As the central role of advisors shifts from investment management to more holistic financial planning, services that help advisors differentiate themselves, improve efficiency and engage new clients are increasingly desirable. Everplans happens to already offer a product like that as it came into vogue with wealth management firms.

Schneiderman said Everplans is also in talks with other large wealth managers and it already works with more than 100 advisory firms. Raymond James is the largest to date.

The independent broker/dealer said it began a due diligence process on Everplans last spring and chose to offer the company’s service to advisors in October 2017. Like its relationship with any other business, Raymond James wanted Everplans to be a vetted resource that advisors would “feel comfortable referring your clients to,” said Frank McAleer, senior vice president of Wealth, Retirement and Portfolio Solutions at Raymond James.

Raymond James will continue to offer their own document vault alongside Everplans’ service. McAleer said an integration with Everplans and Raymond James’ technology platform is not currently underway but that it might be considered in the future. He said integrating technology can be difficult and time-consuming and the current relationship was a faster means to getting advisors a “much more advanced” service they wanted. One feature useful to the advisor-facing Everplans page is that they can see if and when clients have updated their information.

For now, advisors still have the ability to customize Everplans pages so clients view a page branded by their own advisor. Those accessing a user’s Everplans account (regardless of whether they’re users themselves), see the branded page and the advisor’s contact information, which both Raymond James and Everplans said could be a marketing opportunity for advisors.

However, Schneiderman said Everplans has always been in favor of “client-centered ownership of data.” In other words, anyone with an Everplans account can give and take away access to a financial advisor if they need to. Firms can also transfer clients to another advisor in the event of a succession plan or an advisor leaves a firm.

Raymond James said its advisors can choose whether or not to offer Everplans to clients, who could then use it free of charge. Advisors, who are eligible for a negotiated rate, would then pay for the cost of the service. They also cannot make any commission their clients use Everplans. Schneiderman declined to share what the cost was for Raymond James to offer Everplans to its advisors.

The suite of other products formally announced by Raymond James on Tuesday also included other services WealthManagement.com has previously reported on.