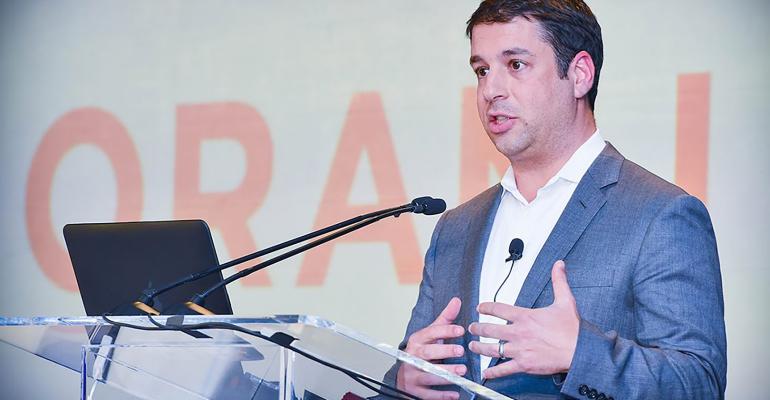 Wealth management software developer Oranj notified advisors on Monday that it would cease operations on Dec. 31.

Wealth management software developer Oranj will be closing down on Dec. 31, according to a company spokesperson. Users and advisors were notified of the discontinuation of service on Monday, in a confidential notification. The news was first reported by Financial Planning.

“Relationship managers are working with advisors through the transition phase,” according to the spokesperson. “No reason [for the closure] is given at this time.”

“Each advisor is on his or her own to find their replacement [service]” for the functionality provided by Oranj, the spokesperson added.

Through a spokesperson, the firm’s CEO and founder David Lyon declined to comment. Built on a freemium model, Oranj’s business model apparently wasn't as successful as he had hoped it would be.

But aspects of the closure hint at there having been more going on than meets the eye, say observers.

Not only did Lyon decline to comment on the closure of Oranj, but notice of the closure was delivered to users by Jodi Lombard, head of advisor services at the firm. Lyon's absence from the messaging stands out to Joel Bruckenstein, technology consultant and president of Technology Tools for Today.

“If you just told me that’s the end of it, I would be surprised,” he said. “[Lyon] is playing this very close to the vest.”

There's a possibility that Oranj will sell its technology—after jettisoning its clients. There's precedent for a move like that, noted Bruckenstein. Charles Schwab bought Motif Investing's tech and IP after the service gave notice of closure in April. Goldman Sachs provided another instance of separating portions of an acquisition from people, after it spun off a Colorado RIA it picked up after acquiring Folio Financial earlier this year.

In agreement that something beyond a company closure is at play, Tim Welsh, CEO and founder of Nexus Strategy LLC, attributes the quiet nature of the closure to legal agreements and financial pressure. While TradeWarrior may be the most valuable piece of the company to sell for parts, Welsh said he doesn’t expect to see a splashy deal follow the end of services.

Many of the tools Oranj developed have been developed or acquired by possible buyers, he said. Painting a picture of a company struggling to stay afloat, Welsh characterized Oranj's 2017 purchase of a majority stake in TradeWarrior as a last ditch effort, which ultimately didn't work out. Oranj moved that component onto its platform and under its brand last year. Potential acquirers from the asset management sector could be skittish about acquiring Oranj, given the example of WisdomTree’s write-down following the sale of its stake in platform provider AdvisorEngine to Franklin Templeton earlier this year.

Regardless of whether Oranj sells itself for parts or not, advisors are left in the lurch. It’s a headache and short notice for Oranj’s users, who will need to find an alternative to the platform in the next few weeks.