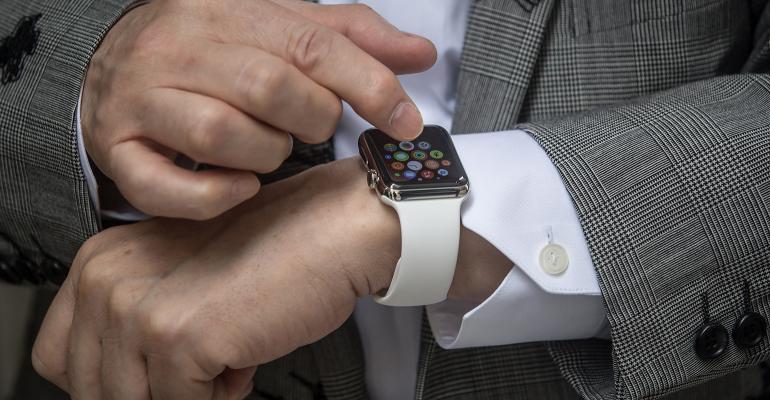 (Bloomberg) -- It's "the first Apple Watch app for retirement planning." That's how Empower Retirement, the financial services company that administers 401(k) savings plans for more than 8.1 million participants in the U.S. , is billing it.

A number of savings apps for the Apple Watch might take issue with that claim. So might TIAA, which rolled out a retirement app for its plan participants this May. But Empower and TIAA do seem to have the first Apple Watch apps tied to retirement savings plans overseen by major workplace plan providers.

The bigger issue: Do people saving for retirement really need to "track up-to-the-minute plan information that's even closer than their fingertips?" Aren't their fingertips close enough? Plan investments, after all, are priced at the end of the day, and few of us will want to research plan guidelines for 401(k) loans on our Apple Watches.

"We show real-time where savers are, relative to their income replacement goal, so they can see where they are against that target and it becomes the impetus for them to save more," he said.

It's true that 401(k) plan participants can be passive about picking and monitoring investments and remembering to increase their savings rate. Plans call this a lack of "engagement," and it's a major challenge. At the same time, getting savers so involved in their 401(k) that they monitor it constantly, tempting them to monkey around with allocations based on daily market movements, could seriously damage their retirement prospects.

"At the end of the day, the dominant factor is how much you save," Murphy said. "You can look periodically on the watch and see that your income replacement ratio in retirement is at 37 percent—and you want to be at, say, 80 percent. The app can keep people engaged and keep that information top-of-mind, so they are focused on the goal." For the moment, you can make transactions on the free iPhone app that Empower launched on July 18, but not on the watch. Over time, in conjunction with the iPhone, transaction capabilities will be added, Murphy said: "We're in the early stages of finding different and creative ways of giving information to people that is useful and lets them take action."Just how many Apple Watch owners are there in plans that Empower administers? Based on some "soft research done with our participant base through surveys," Murphy said, it could eventually grow to 2.5 million users. He expects "light adoption" at first, but he noted that close to 70 percent of the participants in plans that Empower oversees use an Apple device. Over time, Empower will build Android apps as well, he said.