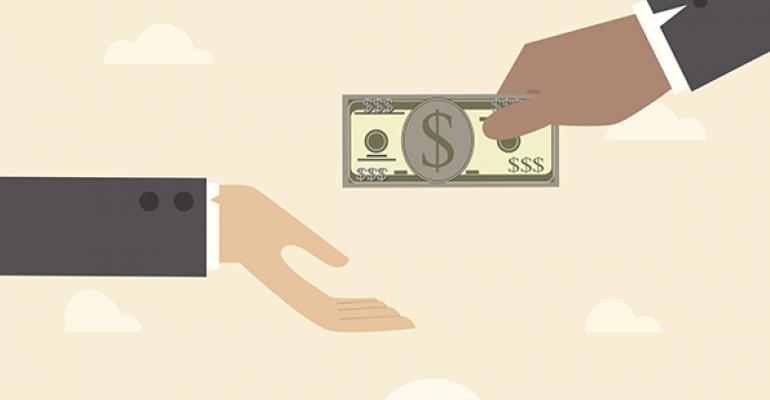 Cetera's decision to partner with startup AdvicePay was all about timing, and lack of appropriate tech from existing vendors, according to the firms.

New details about the Cetera and AdvicePay relationship show the acute need within the wealth management industry for more advisor-centric technology, and how more of those solutions are coming from inside, not outside, of the industry. Cetera began developing an action plan around a trend toward fee-for-service it had identified about a year ago.

Meanwhile, by March 2018, the folks at AdvicePay were already working on an enterprise version of its advisor-centric fee-for-service payment platform, due to feedback it had received following the launch of its professional service, said Alan Moore, the firm’s CEO and co-founder. One of those sources of feedback was Cetera, which had recently begun hunting for a service that would allow its advisors to service, and receive payment from, potential clients who may not have assets.

“Those early conversations with Cetera and others definitely influenced our decision to move into the enterprise space a little faster than we had anticipated,” said Moore. The firm was originally aiming for a 2020 launch of its enterprise service. “We thought it was something they were new to and sort of starting to adopt, but in reality, they were already doing quite a bit of planning.” Indeed, Cetera and other firms not always associated with financial planning, like Northwestern Mutual, are starting to get into financial planning.

“There is a lot that goes into [a decision like] this, of which technology is just one piece,” explained George Karris, SVP and head of strategy at Cetera. “We looked at a number of vendors.”

One of the vendors that Cetera didn’t look at, at least initially, was AdvicePay, according to Moore. Of the roughly dozen firms that the independent financial advisor network included on its request for proposals, AdvicePay was nowhere to be found, which Moore attributed to his firm being a startup.

That was in December, according to the time line shared by Moore. By March the two companies had announced their deal. AdvicePay had its first enterprise client, making a splash with a headline reach across some 8,000 advisors, and Cetera had secured the custom solution it needed to differentiate and support its Advice-Centric Experience, a key part of its advisor offering.

Just a few weeks after announcing the deal, both firms still seem a little surprised that they were able to have their needs so thoroughly met and come to an agreement so quickly. “We didn't realize how much these enterprise firms are actually already running and planning things,” Moore said. Karris echoed Moore’s sentiment. “It is really something when two firms share such a sense of purpose,” he observed.