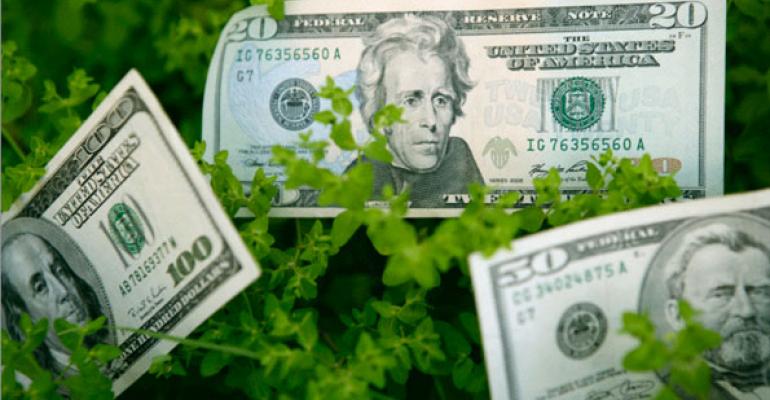 New Breed of Fintechs Bring Alternatives to the Masses

&quot;We are trying to build Google.&quot;

As the first round of robo-advisors claim to democratize financial advice with low fees and account minimums, two new financial technology companies want to democratize alternative strategies typically only enjoyed by the wealthiest investors.

HedgeCoVest hopes to make it easier for investors and advisors to invest in hedge funds directly from their own brokerage account using their "Replicazor" software, which tracks a hedge fund manager's activity in real time. When the manager makes a trade, Replicazor makes a corresponding trade in a client's portfolio within milliseconds, giving each client a portfolio nearly identical to the hedge fund, but in their own brokerage account.

“Until now, only ultra-high-net-worth investors and institutions had access to high-quality alternative investments,” said Evan Rapoport, the CEO of HedgeCoVest. “We believe all investors should be able to benefit from hedge fund strategies with the transparency, liquidity, security and lower fees they seek.”

Because it uses separately managed accounts, which Rapoport said were previously only available to investors with millions to invest, the company can avoid commingling assets. Investors get real-time performance reporting and the ability to allocate or liquidate at any time. The account minimum is $30,000, and the annual fee to invest in 2.5 percent. Rapoport hopes this will help change the negative public perception of hedge funds that developed after the financial crisis.

Users can create custom portfolios of hedge fund strategies based on risk portfolio and financial goals. While HedgeCoVest plans to target the mass affluent and do-it-yourself investors, Rapoport said a financial advisor could use the tool to maximize returns. HedgeCoVest works with Interactive Brokers and will soon integrate with Pershing Advisor Solutions and TD Ameritrade.

“We are getting such a strong response from advisors that have pent up demand for alternatives,” Rapoport said. “Asset allocation of just bonds and equities doesn’t really work.”

'We Are Trying to Build Google'

That’s the same idea behind Hedgeable, a self-described “robo-advisor on steroids” that launched last fall. The company sees current robo-advisors as the first generation of automated allocation and compares Wealthfront and Betterment to outmoded search engines like AltaVista and Netscape.

“We are trying to build Google,” said Hedgeable co-founder and CEO Michael Kane.

Instead of a buy-and-hold portfolio of ETFs, Hedgeable’s algorithms use single stocks, fixed-income and alternative asset classes to provide strategies like hedging, downside protection, risk protection and socially responsible investing.

At fees ranging from 30 to 75 basis points, Hedgeable is more expensive than other robos, but still a fraction of traditional advisory fees. Investors can also create separate portfolios for investing in bitcoin and eventually private equity for no extra cost.

Hedgeable said its retail side grew 900 percent in the last year, and now it’s beta testing a partner program that gives financial advisors a branded website and the ability to choose from dozens of strategies and portfolio models. There’s no obligation or fee for the advisor; Hedgeable said it only profits from investor assets, so it makes no difference whether a client comes from the retail or advisor side. RIAs can set their own management fee. If retail investors ask for advice, Hedgeable will refer them to an advisor on the network.

But some executives in the robo-advisor space don’t believe hedge funds are appropriate for mass affluent investors.

“Hedge funds nowadays look like just a very expensive form of active management where you are allowed to go short on an investment,” Egan said. “The focus on trying to beat the market is based pretty strongly on things that are pretty bad for consumers.”

Egan added that he finds the idea of democratizing hedge funds to be a bit odd, as one of the appeals is exclusivity. He said that there are more interesting alternatives out there that Betterment is looking to possibly add in the future.

Kane said Hedgeable does not invest in hedge funds and agreed that they are not appropriate for mass affluent investors. He said his company isn’t trying to beat the market, but rather introduce new ideas to protect investors.

“It’s no longer acceptable to be okay with losing half your money when a market turns down,” Kane said.

For Rapoport, diversifying portfolios with hedge funds will help when markets slow down.

“As we continue to move towards a more uncertain marketplace, what you find is that the active investors, hedge funds, are outperforming the markets and they’re doing so with a fraction of the volatility,” Rapoport said. “When you get into a sideways market, its almost imperative to start looking at strategies that are able to generate alpha, that don’t rely on sort of passively investing in the index, that are able to exploit market inefficiencies that index-based investing simply cannot provide.”